Windows Terminal Preview 1.16 is now available on the Microsoft Store. The update adds support for theming and personalizing the command line tool's interface. 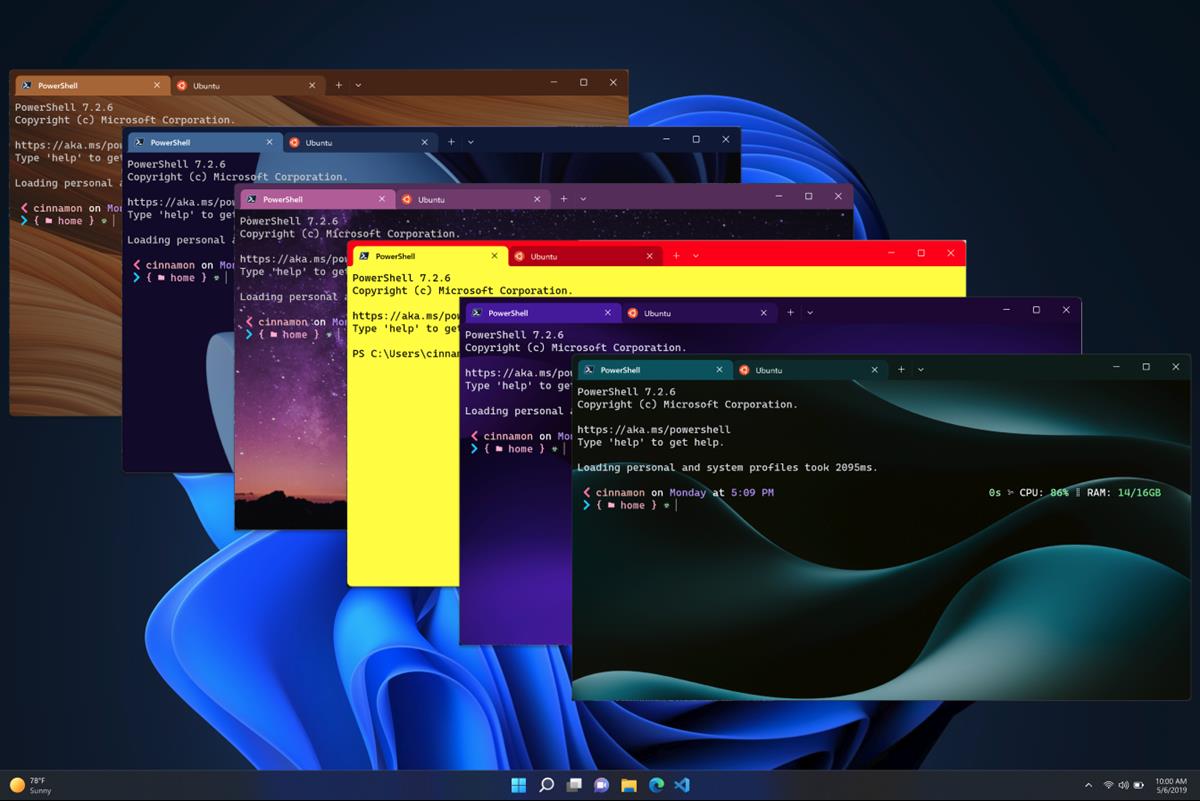 There are 2 default themes in Windows Terminal, a Light theme and a Dark one. Users can create their own themes by editing the Settings JSON file. You can find a theme sample on the announcement page, which will give you an idea of how the attributes can be set. Custom themes that you create will show up in the Themes drop-down menu on the app's Settings > Appearance page.

The objects in Themes consist of various elements Tabs, Tab row, Window, text etc, you can modify the colors of each of these to create your own theme, for example to match the colors of your tabs and terminals, or to set a background image for the command line.

The Windows Terminal app will use the dark theme as the default style, even if you have set the operating system's theme to change automatically. You can change the theme from the app's Settings, if you prefer to use the light version.

The Color Schemes page in Windows Terminal has been redesigned. You no longer have to use the drop-down menu to switch between the profiles, they are displayed in a single page. The large color selection boxes have been replaced by smaller boxes, which also shows you a preview of the profile's text color. The add new profile button has been shifted to the bottom of the window. 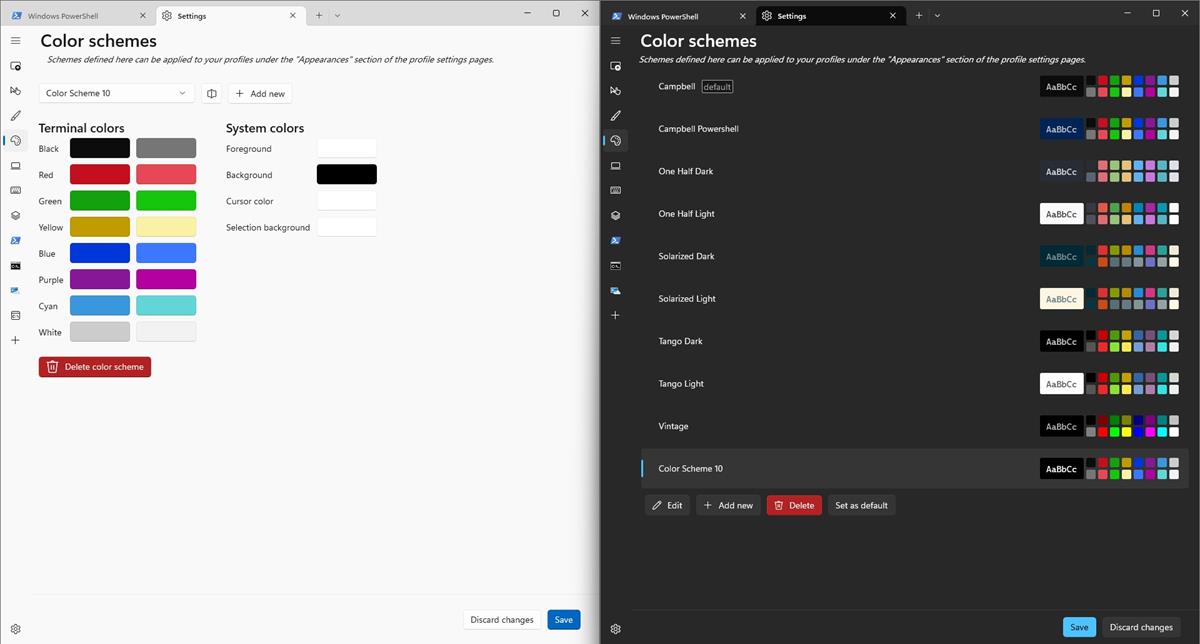 Speaking of which, you may notice a new option on this page, it allows you set the selected profile as the default option. To make changes to a custom profile, highlight it and click the edit button.

Windows Terminal Preview 1.16 brings a new text renderer called the Atlas engine. The Redmond company had introduced this engine in version 1.13 of the program, as an experimental feature. 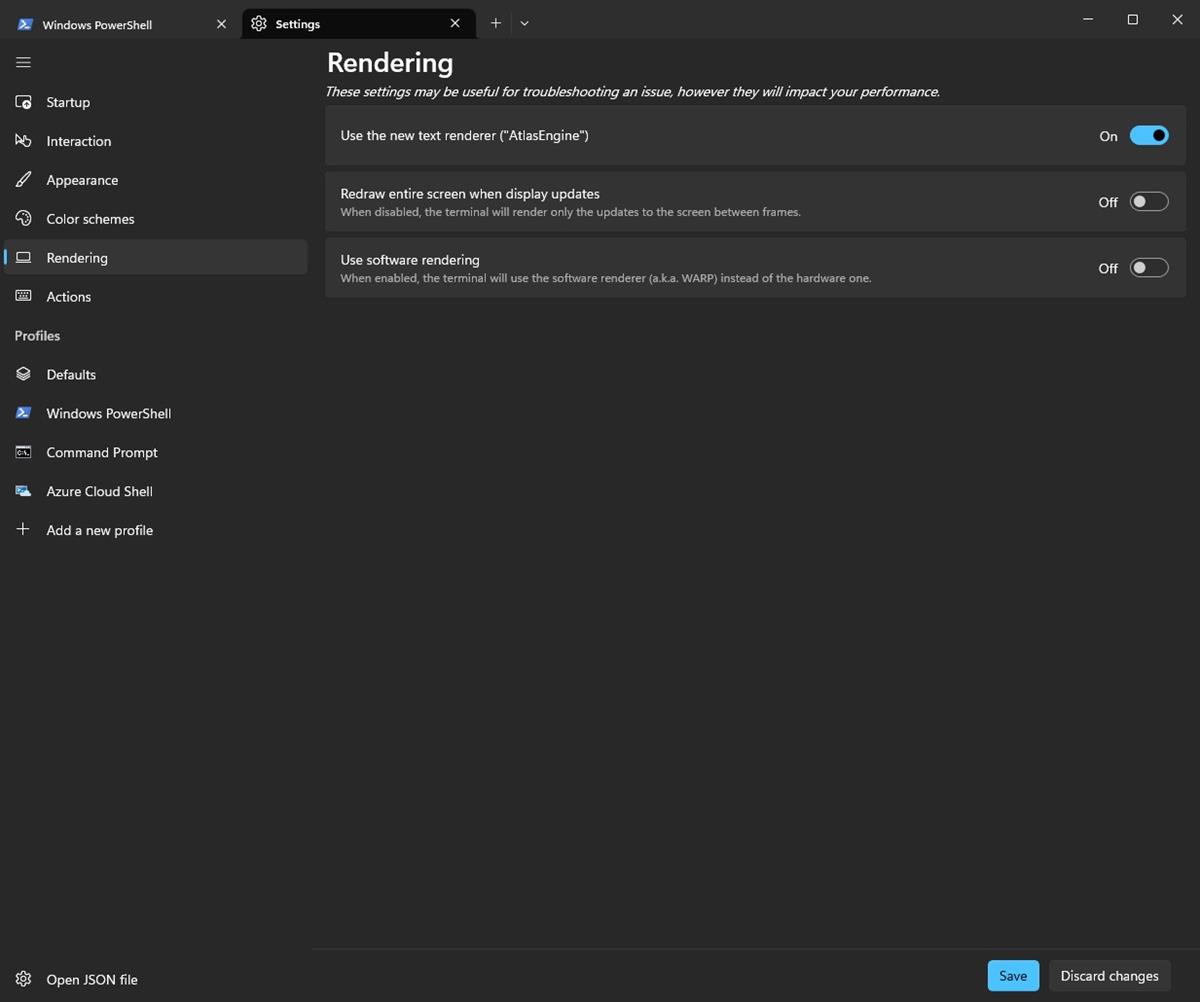 The new renderer is now set as the default one for all profiles, and offers better performance. It supports more pixel shaders such as bold text, underline, overline, hyperlink lines and retro effect. You may disable the new rendering engine from the Settings > Rendering page.

Users can define the new tab position in the Windows Terminal app. You may set it new tabs to appear after the last tab or after the current tab. The option to configure this behavior can be found under the Settings > Appearance page. 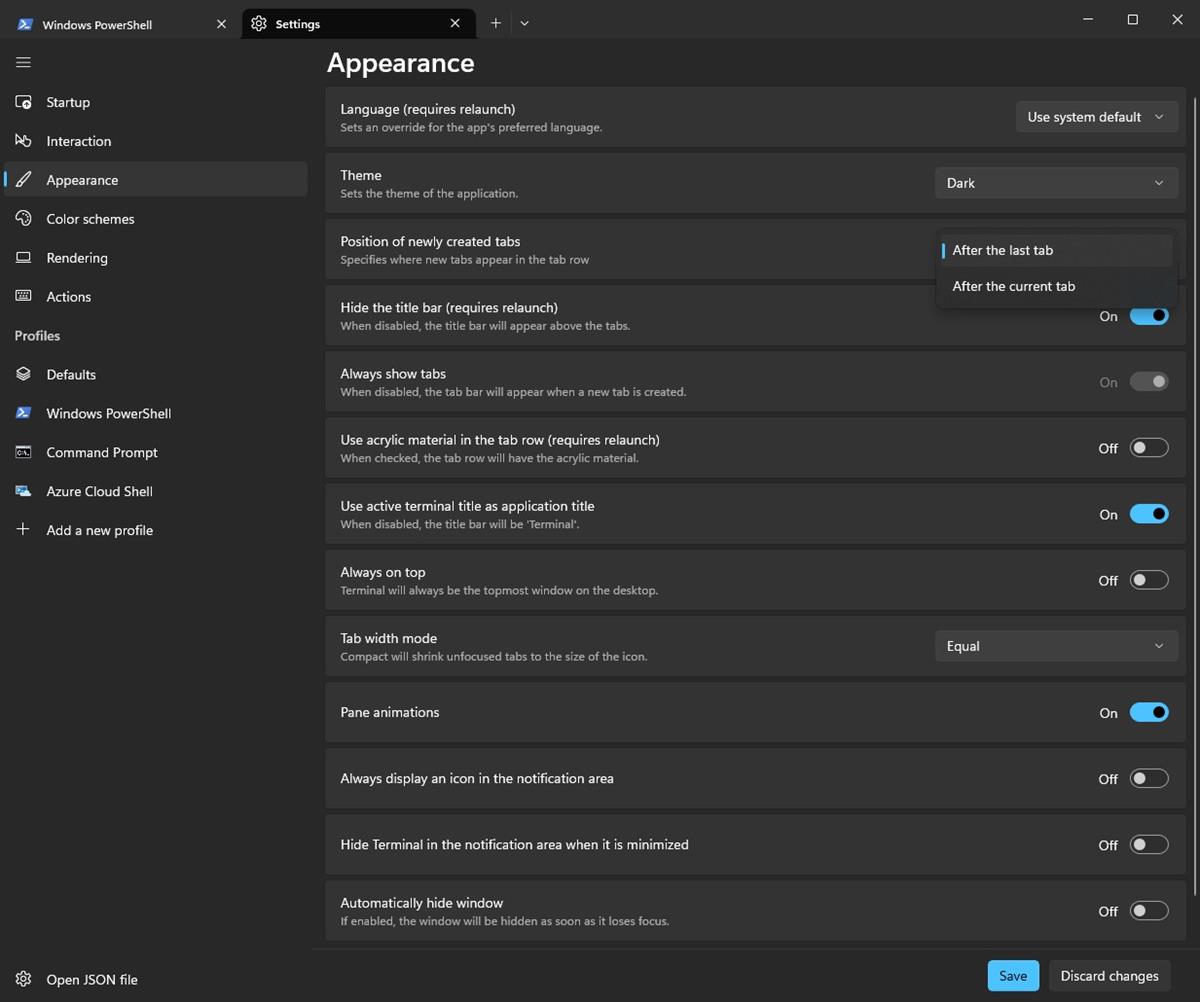 If you want to try the new theming options and features, you can download Windows Terminal Preview 1.16 from the Microsoft Store or the project's GitHub page, it's also available via Winget. You can use the Preview version alongside the current build. Optionally, you can set it as the default option from the Settings > Startup > Default Terminal Application.

Last year, Microsoft announced that Windows Terminal will be the default Console Host in Windows 11 in the future, and that users will still be able to access the Command Prompt and PowerShell manually. It enforced the change last month when Windows 11 Build 25188 was released.