Thunderbird users who still run version 68 of the email client are upgraded to version 78.2.2 -- the most recent version -- automatically. The program is either upgraded automatically in the background if the default update settings have not been changed, or on user request. 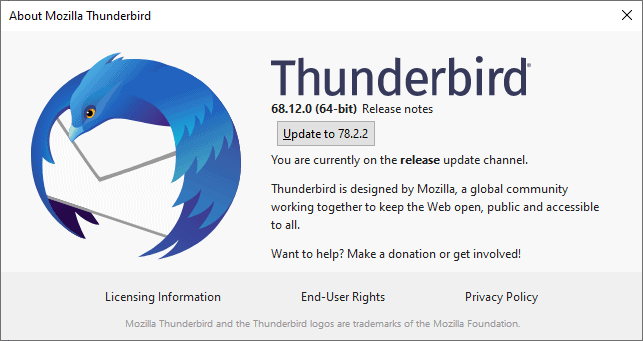 Users who don't want to be upgraded at this point in time need to disable the updating functionality in the program; this is done by disabling automatic updates in the settings and changing the setting to manual updates (under Options > Advanced > Update).

Thunderbird users who use extensions may want to research whether these are compatible with the latest version prior to running the upgrade. One option to do that is to check each extension manually for compatibility, another to set up Thunderbird in a virtual environment or second system, import the profile, run the update, and check which extensions remain enabled. 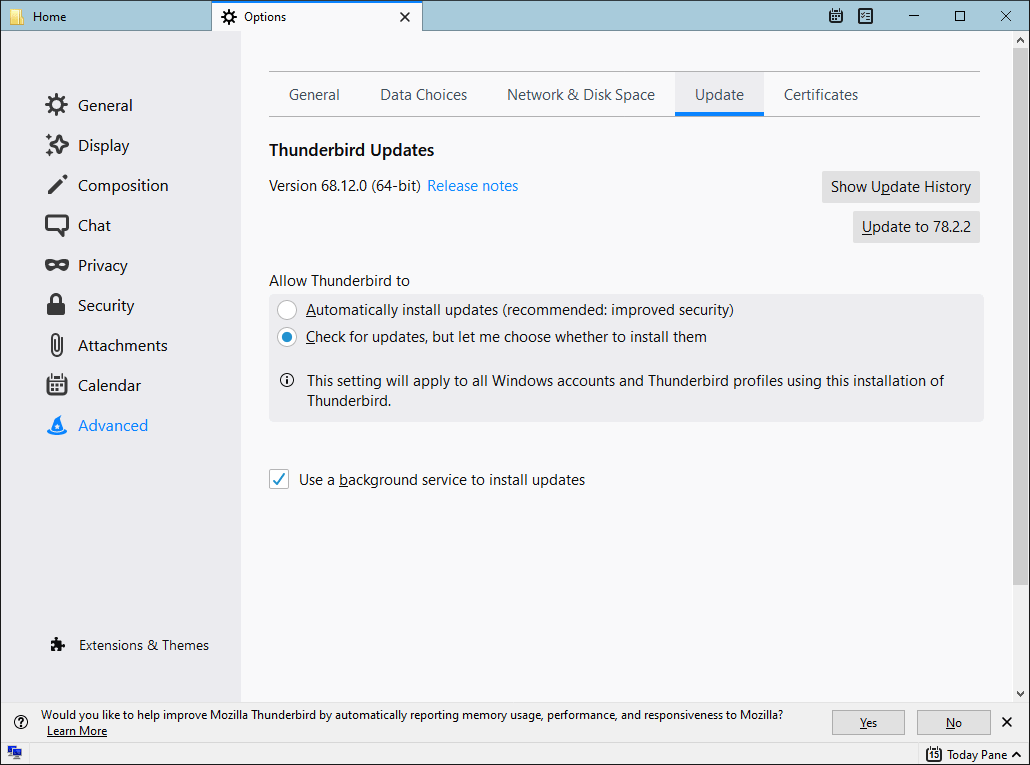 Thunderbird 78.x includes a number of new features and improvements such as integrated support for OpenPGP.

Now You: Do you use Thunderbird or another email client / service?

Martin Brinkmann is a journalist from Germany who founded Ghacks Technology News Back in 2005. He is passionate about all things tech and knows the Internet and computers like the back of his hand. You can follow Martin on Facebook or Twitter
View all posts by Martin Brinkmann →
Previous Post: « Thunderbird 78.2.2 email client update is out
Next Post: