The initial request to add exporting options to Firefox's password manager dates back more than 16 years.  The bug reporter suggested that Firefox should get functionality to export/backup saved passwords to a file.

The bug was assigned to a new contributor who discovered it on Bugzilla. It did not take long to integrate the export functionality in Firefox. 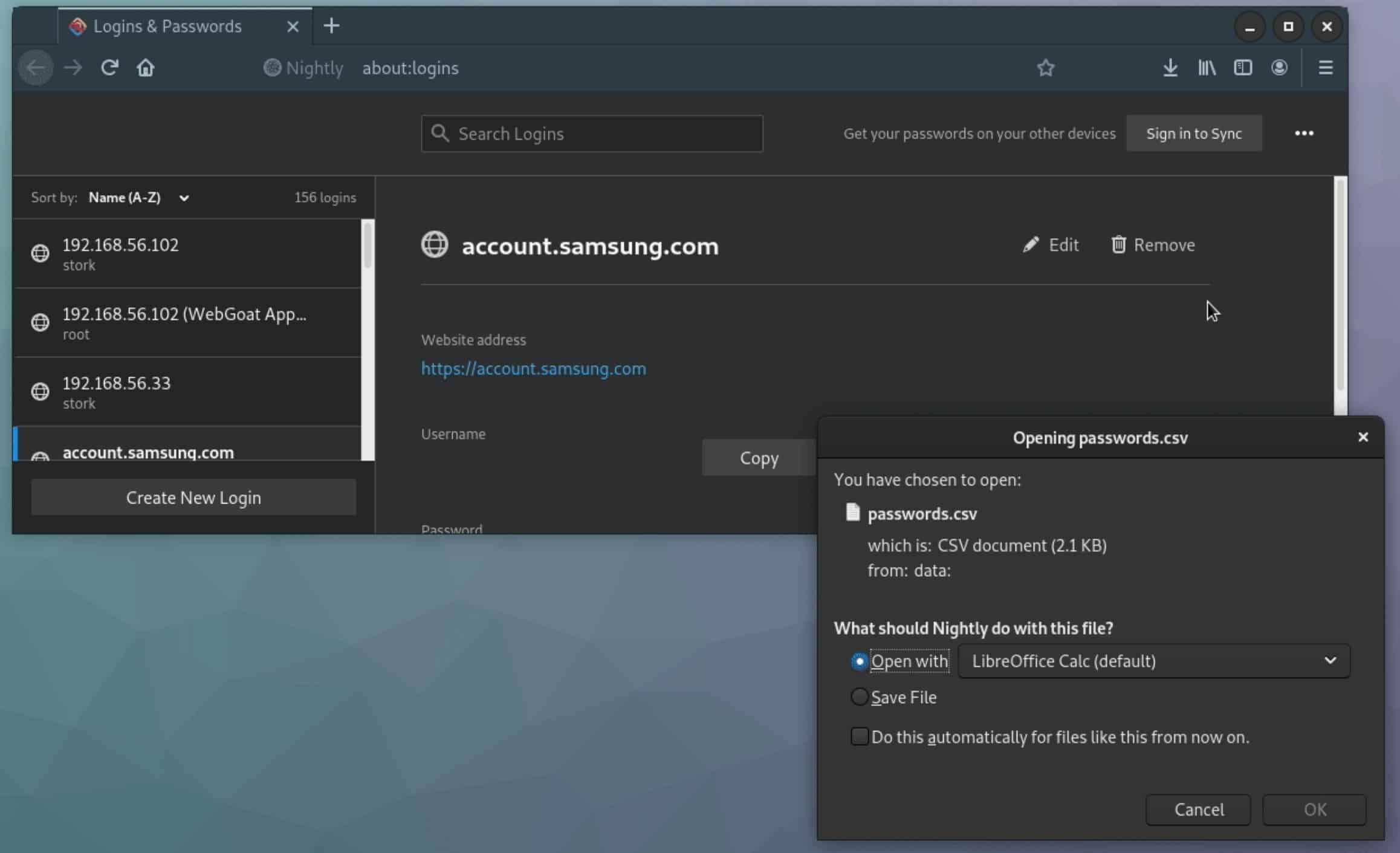 The feature lands in Firefox Nightly first; it is hidden according to the developer and it may take a while before it gets enabled by default in Firefox Nightly. Mozilla has not yet decided on the stable version of Firefox that may get the feature included.

The password exporting option itself has been integrated into the Firefox password manager. All you need to do is open about:logins in the Firefox address bar to open it.

A click on the main menu (the three dots) displays the new "export passwords to CSV" option. A save dialog opens when you select the export option and you may save the file to the local system or open it using an installed software program.

The CSV file contains all saved Firefox passwords and related information; it is a plain text file that can be opened in any plain text editor or spreadsheet application. Most password managers should be able to import the data using the file.

Note: since the file is not protected in any way, it is important to keep it safe. One of the better options is to put it in an encrypted container or on encrypted storage space, e.g. by using a program like Vera Crypt.

Password exporting may not be a much requested feature, and that is likely the main reason why it has not been picked up earlier, but it is a feature that some users will welcome.

Now You: do you save passwords in your browser?

Previous Post: « Firefox 78 comes with option to view blocked resources
Next Post: Here is what is new and changed in Firefox 77.0 »