How to disable autoplay videos in Telegram Desktop

Autoplaying videos are one of the biggest annoyances on the Internet. Nobody likes a loud, blaring, noisy video to play unexpectedly. 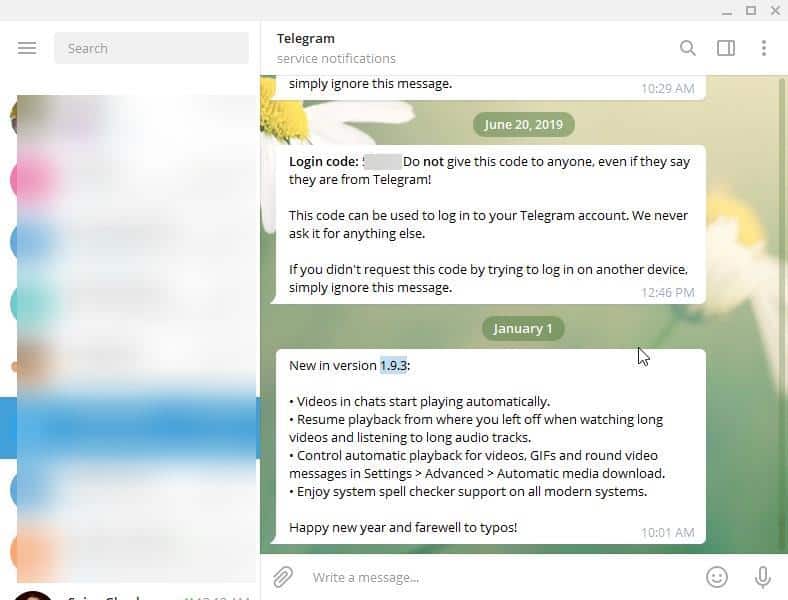 Sadly, many websites think it's cool to have them. I have seen them on Steam too, during sale events or a new game launch or award ceremonies, or on Netflix, with its dreaded auto-play on hover.

The Telegram Desktop application was updated to version 1.9.3 today and it adds a few features (Telegram app was updated as well). I like the new spell checker and the resume playback option for videos is nice too. But the update also brings autoplay videos in chats. I don't really see why they enabled this by default for the desktop version.

Initially, I didn't notice it. But when I switched to another program and back, I noticed that I had received a couple of video messages which were autoplaying in-line. This was odd because, I always manually downloaded videos and they played in the full-screen mode. The in-line autoplay media's audio was muted while the video kept playing. 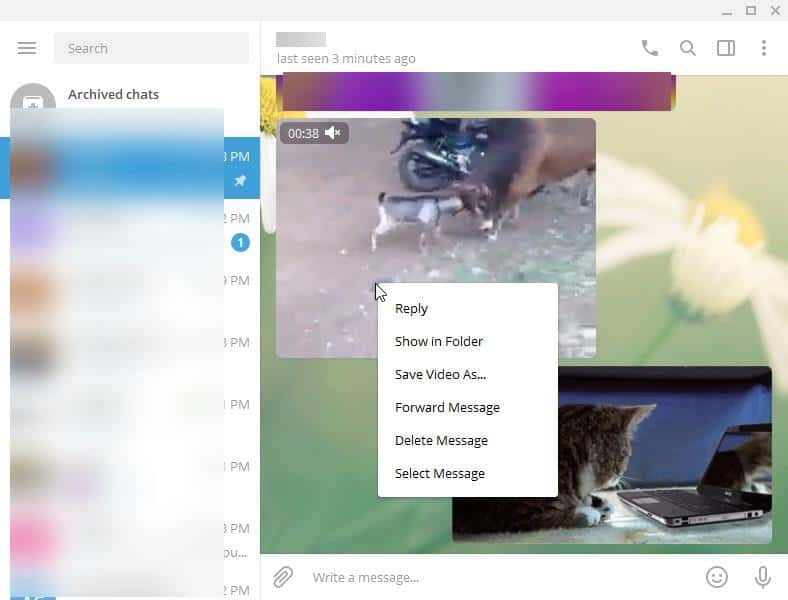 What really annoyed me was that there was no way to pause this in-line video, so it just kept playing (which in turn should be using some memory in the background). I thought sending a new message would stop the video but it did not. Multiple videos were playing at the same time too. Clicking on the video switches it to the full screen view and right-clicking on it just shows the regular options.

Then I remembered that the service had introduced this autoplay feature in their mobile app last year and that it was optional. Fortunately, the update message from Telegram does mention where to find the setting to disable autoplay videos.

But look at the screenshot and you will probably agree that it is a bit confusing.

How to disable autoplay videos in Telegram Desktop

1. Click on the menu button and then on Settings.

3. This screen has a section named "Automatic Media Download" that has 3 options "In Private Chats, In Groups, In channels". 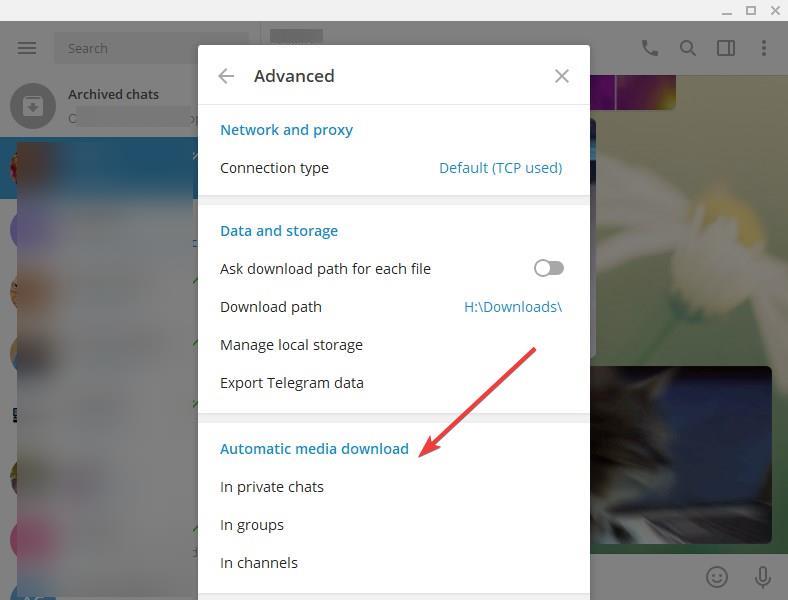 4. Click on the first one (Private chats) and in the next screen, disable the toggles next to Videos and Round Video Messages. 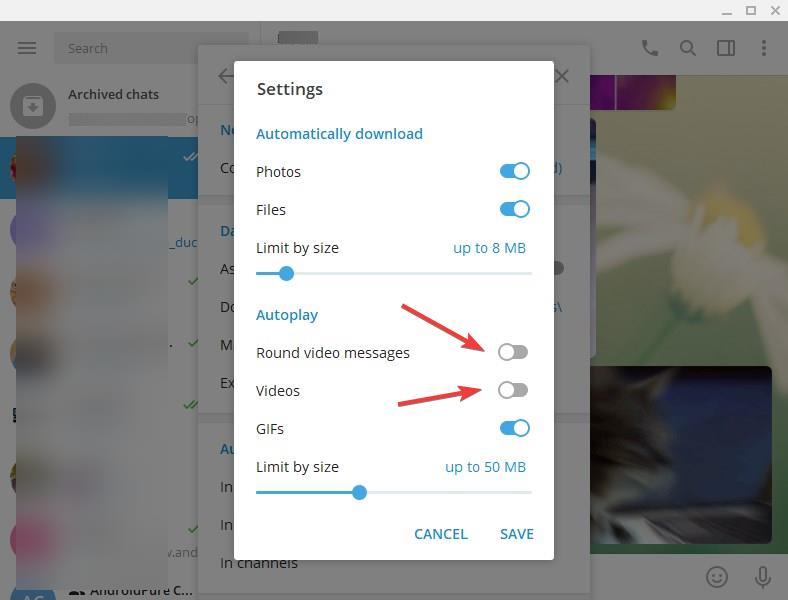 Once you do this, videos will no longer automatically be downloaded or autoplay. Depending on your requirements, i.e., whether you want to disable autoplay videos completely, repeat Step 4 and 5 for Groups and Channels.

Personally I would have liked one setting named "Autoplay videos" and a toggle for it, instead of having to switch to three screens and repeat the steps. Disabling autoplay videos also disables the in-line video player. So, even if you've downloaded a video manually, the only way to view it is in the full-screen mode. The in-line player for desktop would actually be nice if it had an option to pause the video. In its current state you literally can't use it at all.

For those who don't know, Telegram's Round Videos were formerly called Telescope videos, and that's just a fancy term for "video messages" that are sent in a round format instead of a rectangle. And I thought Xbox nailed it with their naming schemes.

Article Name
How to disable autoplay videos in Telegram Desktop
Description
Annoyed by videos that are autoplaying in Telegram? We show you how to disable the option.
Author
Ashwin
Publisher
Ghacks Technology News
Logo

Ashwin has been blogging since 2012 and is known among his friends as the go to tech geek. He is a self-proclaimed Android expert, a PS4 and PC Gamer, a Firefox fanboy, a Nintendo aficionado, and an iOS tinkerer
View all posts by Ashwin →
Previous Post: « How to copy, select and search text in ePub books using SumatraPDF
Next Post: What are Firefox Containers? »