There are numerous services on the Internet to test the Internet speed of any device you are using. While you had to use programs that supported certain technologies in the early days of the Internet -- Flash for instance -- it is no longer the case for the majority of Internet Speed Tests out there as they are based on HTML5 nowadays which any modern browser supports.

The functionality differs from test to test but the bulk tests upload and download speed to a particular server on the Internet. Some services may check the reliability of the Internet connection as well by checking the latency and other metrics that impact it.

The streaming service Netflix launched Fast.com some time ago to provide anyone, and not only customers, with options to test the Internet speed of their devices. Fast.com was a pretty basic service when it was first launched. Fast.com tested the download speed only and displayed its findings in the interface. 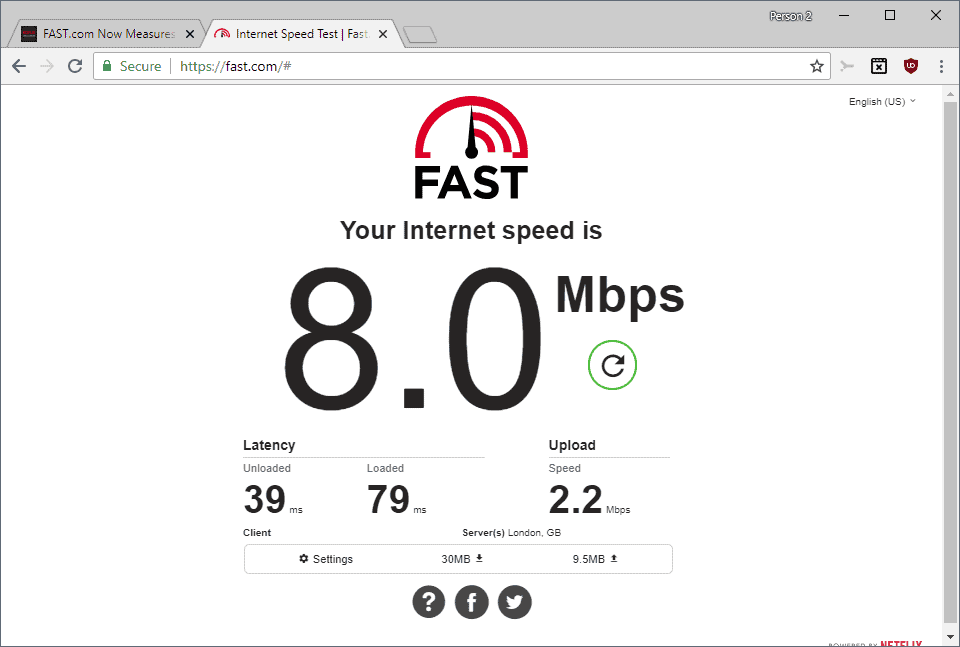 Netflix announced yesterday that more than half a billion speed tests were conducted on Fast.com and that usage of the service doubled in the past seven months. Users requested more information about the Internet connection and Netflix complied by integrating two new features:

Fast.com differentiates between unloaded and loaded latency; Netflix explains the difference in the following way:

Netflix notes that big differences between loaded and unloaded latency values could be the cause for issues that users experience when they stream video or use other bandwidth-taxing activities on their devices.

A click on the settings link opens the preferences; you may use them to change the following parameters of the test:

The new functionality improves Fast.com's Internet Speed test significantly as it tests the upload speed of the Internet connection and displays the latency as well.

Now You: Do you use speed tests?