Microsoft employee Mike Benson revealed on Wednesday that Microsoft will retire delta updates in February 2019 to use Express Updates exclusively.

Microsoft identified a growing size of updates as another issue. Benson notes that cumulative updates started at between 100 to 200 Megabytes but grew to between 1 and 1.2 Gigabytes over the course of the lifespan.

The company informed users and administrators in 2017 that it reduced the size of Windows Updates by using differential packages.

Microsoft designed three different types of updates to improve how cumulative updates are deployed to systems: 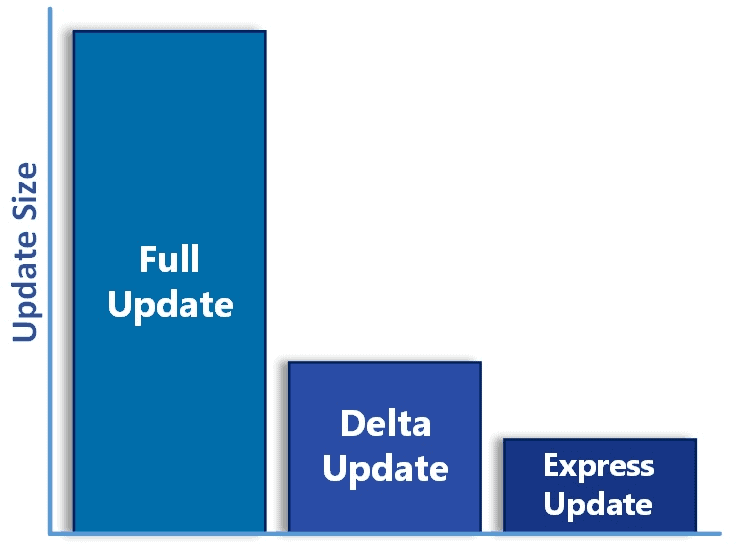 Express updates have another advantage over delta updates: they don't require the previous month's updates installed.

Delta updates were made available by Microsoft primarily because the express update protocol was only available to devices connecting to Windows Update or Windows Server Update Services, and not to third-party update management systems.

Microsoft extended the express update protocol in January 2017 but did not disable delta updates then to "give companies and third-party update management tools time to implement support for express updates".

Windows 10 version 1809 will be the last feature update version that supports delta updates; Microsoft announced that it will end support for delta updates on February 12, 2019. (via Born)

Martin Brinkmann is a journalist from Germany who founded Ghacks Technology News Back in 2005. He is passionate about all things tech and knows the Internet and computers like the back of his hand. You can follow Martin on Facebook or Twitter
View all posts by Martin Brinkmann →
Previous Post: « Notepad gets some love in Windows 10 Build 17713
Next Post: Disable Windows 10 hiding scroll bars »