Mozilla added a much requested feature to Firefox's Container Tabs experiment recently that enables you to always open sites in a specific container.

Container Tabs is an upcoming feature of the Firefox web browser that is available as a Test Pilot experiment, and in Firefox Nightly.

Mozilla launched the Container Tabs experiment a couple of months ago as a Test Pilot experiment.  We talked about the feature in 2016 before already when it was revealed for the first time.

Called Containers back then, it allowed participants to load websites in containers. A container is a closed environment which uses custom storage for some data to separate it from the main Firefox data storage and other containers.

This is useful for quite a few things, for instance to limit tracking, sign in to the same Web service at the same time in the same browser window, or to separate work from entertainment websites. 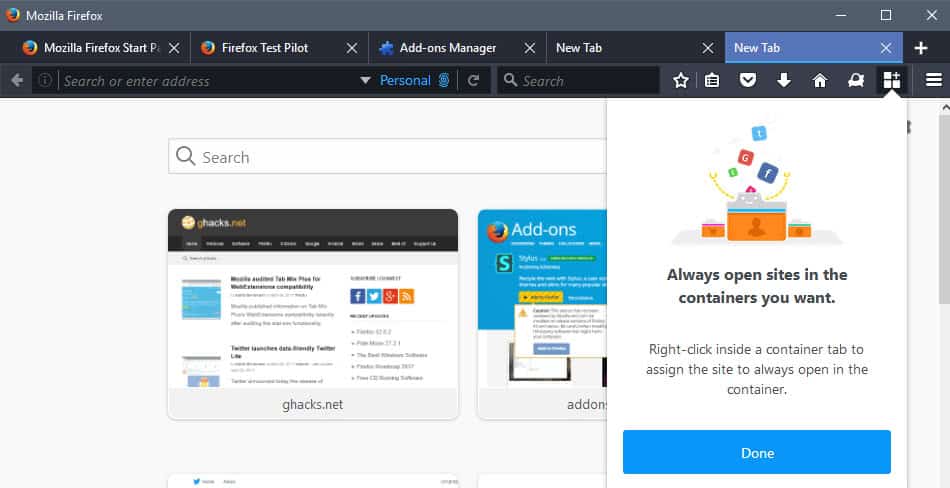 In the closing words under the original article here on Ghacks, I mentioned that I'd like to see Mozilla add features to Container Tabs that I think would improve the feature significantly.

Among the features was a request to restrict sites to certain containers. This made sense in my opinion, as it would allow you to load bank websites in the security container, work related sites and services in the work container, and so on.

Mozilla has added the functionality to the latest version of the Container Tabs experiment. Note that this feature has not landed yet in the Firefox Nightly implementation of Containers.

A small informational panel is opened when you click on the Container Tabs icon in the Firefox toolbar after installation or update of the add-on in the browser.

It highlights that the "always open sites in the containers you want" option is now available. To use it, you right-click inside a container tab to assign it to the loaded container. 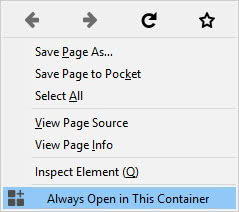 You may also right-click on the Container Tabs icon in the Firefox toolbar to check the option as well. 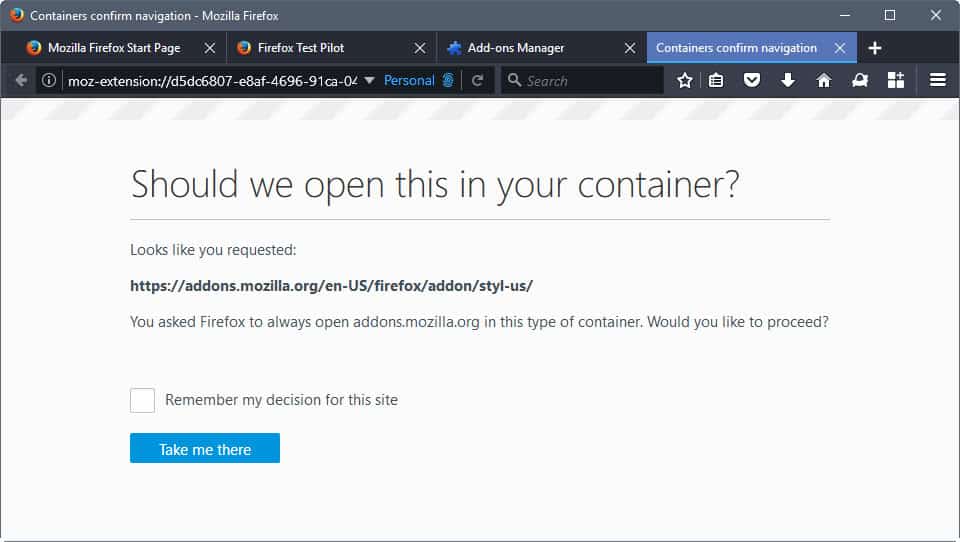 If you check the box, the prompt is not displayed anymore. You can disable the loading of a site in a container tab by right-clicking either on the site or on the icon while the site is loaded in the active tab.

Mozilla continues its work on the upcoming Container Tabs feature. While it is still possible that the feature won't land in Firefox, it seems very likely that it will land eventually.

My hope is that Mozilla will address my other feature requests, especially the option to clear data only in a single container tab, as well in future updates. (via Sören Hentzschel)

Now You: What is your take on the improvement and Container Tabs in general?