Meteor - App Speed Test is a free application for Google Android devices that tests the mobile connection speed and indicates how well popular apps will run with those speeds.

Most mobile benchmark applications do the same thing: they test the ping, upload and download speed, and may use several servers for that located in different regions of the world.

While that is great for a quick rundown on the devices connectivity at that point in time, the usefulness of many of these benchmark applications ends there. 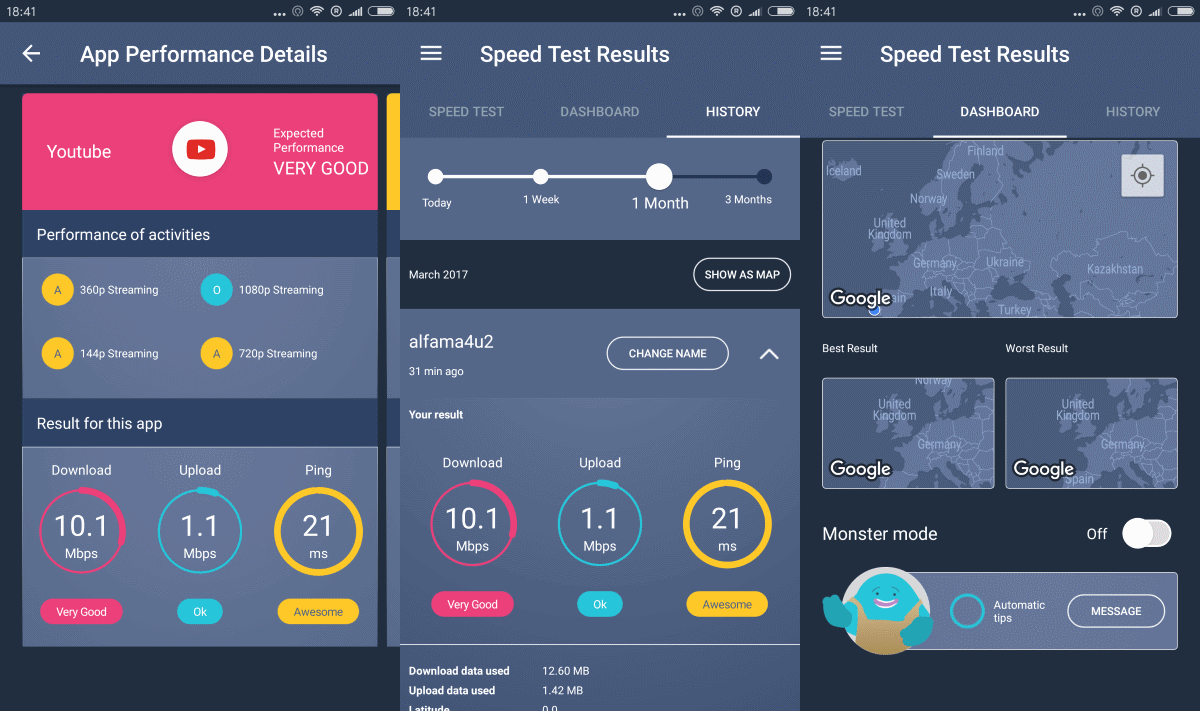 Meteor - App Speed Test is a great looking benchmark application for Android. It looks like any other app of its kind on start -- if you forget about the design for a moment -- but you will notice that it has more to offer quickly.

Note: the application shares anonymized signal and speed data with OpenSignal. You can disable that with a tap on Menu > Settings, and a tap on the on/off button next to data contribution.

First thing though is the usual speed test. Meteor tests the download and upload speed of the mobile connection, and the ping to a nearby server. The results are listed in the application's interface afterwards.

You find the new app performance section listed on the same page after the speed test. There you find listed popular applications, YouTube, Spotify, Facebook, Waze and more, and how they will perform under the given network conditions.

Not all of the apps are installed necessarily on the device. In fact, you may get the same apps listed even if none of them are installed on the device. You may add more apps however from a list of 16 apps. The additional apps include Chrome, WhatsApp, Twitter, Amazon, or Skype to name a few.

The app highlights the projected performance, e.g. very good or awesome, right there on the test results page. You may tap on any application name however to display detailed information.

If you tap on YouTube for instance, the performance for several of the video streaming site's stream qualities are listed there so that you know which work well, and which may not work as well. This can be useful if you want to know if one of the supported applications, and one of the quality options of a given application, works when the device is connected to the network you tested.

The application displays tests on a world map, and as a history. You can check those out at any time.

Other benchmarking apps for Android that you may be interested in are Network Tester, 3D Mark, or GeekBench.

Meteor - App Speed Test is a great looking application for Android that lets you run connection benchmarks, and informs you about how well certain apps and quality settings of those apps will work under those network conditions.

Now You: Do you run speed tests to benchmark network performance