Google announced yesterday that Android users will receive notifications when sign-ins from new devices are recognized directly on their Android devices.

Up until now, Google used email messages to inform users about new sign-ins. These messages are sent out when a sign-in are successful on devices that are unknown to the company (read not yet associated with the Google account).

The messages lists the device used to sign-in, and a link that enables you to review the recently used devices in a web browser of choice.

This leads to the recently used devices listing on Google's Security website where additional information such as the location, date and time of access, and browser or device version is provided. 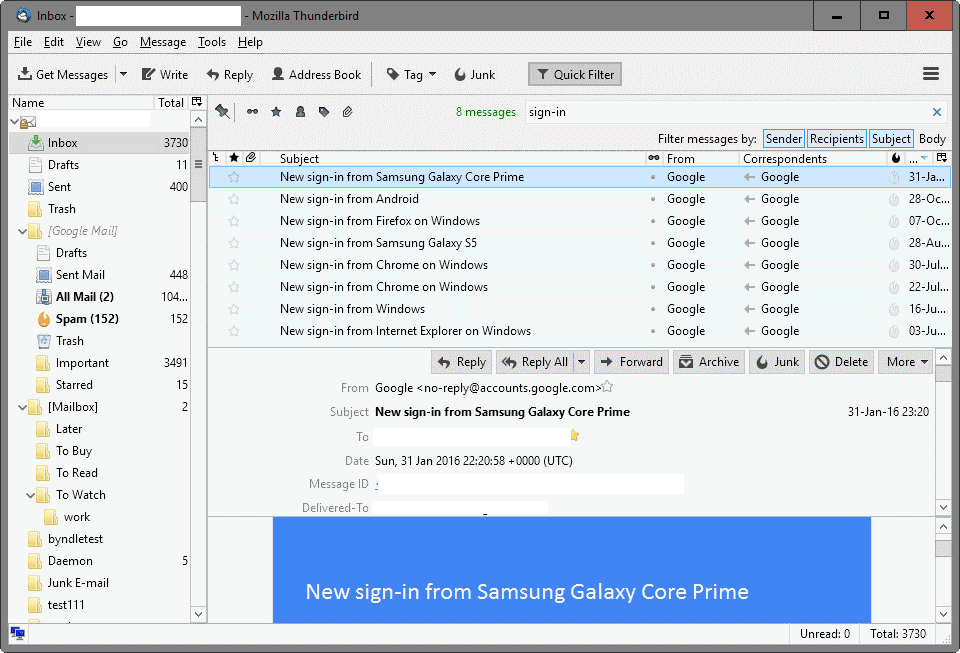 Android users may soon receive notifications about new sign-ins directly on their Android devices instead.

Whenever a new device is added to an account -- by signing in using it -- a notification is displayed on the user's Android device that informs about the event.

The notification is basic, merely asking "did you just sign in". It does not provide more information than that.

Android users may tap on "review account activity" to retrieve information about the event. This includes time it took place, location the user signed in from, the browser used, IP address and the device type.

Additionally, Android users may confirm that the sign in was legitimate, or open the secure account process if it was not. This is done by tapping on "yes, that was me" to confirm the device, or "no, secure account" if it is suspicious or clearly by a third-party.

Considering that attackers have access to the account already when they sign-in successfully, simply kicking them out would not be enough to resolve it.

According to Google, Android notifications are up to four times as likely to be reviewed by Google users than email notifications. One reason for that is that email may not always be accessible, while users usually have their mobile devices in reach.

The feature will roll out over in the next weeks to rapid release and scheduled release channels according to Google.

The new notification feature will reach more Google users, and it is also likely that it will impact the reaction time positively as well.