VeraCrypt is one of the encryption programs that came to popularity after the end of the popular encryption software TrueCrypt.

It features the traditional TrueCrypt interface and functionality, and is based on the software's code.

Core changes were made to security however.

This includes fixes for several of the weaknesses found in the first part of the TrueCrypt security audit among other enhancements.

One of the core usability issues of VeraCrypt up until now was that it did not support TrueCrypt volumes.

This meant that TrueCrypt users who were looking for a replacement could not mount their existing volumes using the application.

The only option to overcome this was to decrypt the storage using TrueCrypt before encrypting it again in the VeraCrypt application.

Users who did not want to convert the volume in first place could not use the program at all to interact with their volumes. 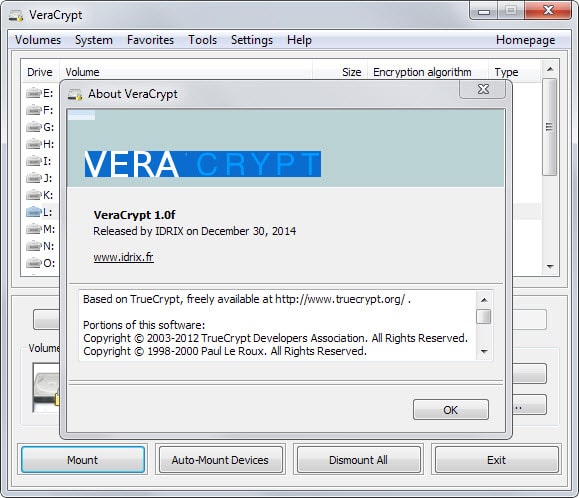 This changed yesterday with the release of VeraCrypt 1.0f which ships with support for TrueCrypt volumes.

TrueCrypt volumes can be mounted using the program now which resolves the issue for TrueCrypt users who want to switch to another encryption software.

Even better, the developers have integrated an option to convert TrueCrypt volumes to VeraCrypt volumes. This means that it is no longer necessary to decrypt the entire volume using TrueCrypt to encrypt it with VeraCrypt afterwards to create native volumes supported by the software.

TrueCrypt volumes are converted when users run any of the following actions on the volume:

It is necessary that TrueCrypt mode is checked in the dialog as you see on the screenshot below. 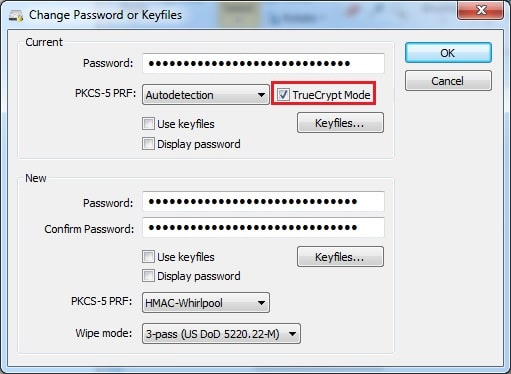 The release marks an important step in the development of VeraCrypt as it becomes attractive for TrueCrypt users who have not switched to another application yet.

It is now as easy as mounting a volume in TrueCrypt to get started with VeraCrypt.