The developers of the popular media player KMPlayer have just released version 3.6 of the player introducing several new features in the player and fixing one security issue in it as well. The big new feature in KMPlayer 3.6 is something that the developers call Instant View and the best way to describe it to you is to point you to YouTube.

When you play videos on YouTube and move your mouse cursor on the time bar of that video you will notice that a small preview thumbnail is displayed that highlights what is happening at the selected frame in the video. YouTube only shows the preview if the video has been buffered up to this point.

Instant View is more or less that feature. You can move the mouse cursor on the time bar to view a thumbnail of that position right away on the screen. The video itself plays on, and the main purpose of the feature is to provide you with better seeking options in the player as you can use it to preview the video position without jumping to it right away. 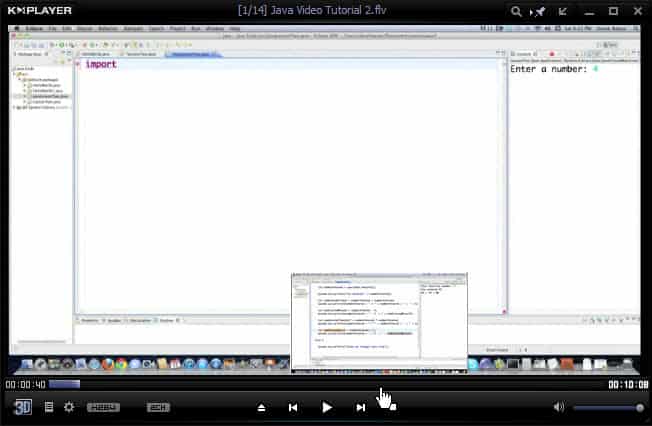 Version 3.6 of KMPlayer introduces several other features and improvements:

Another new feature is the subtitle resync function that has been implemented into the player. Say you have a subtitle for a movie that is slightly out of sync, for instance because the version of the movie is different, or because the creator of the subtitle made an error. You can use the feature to adjust the subtitle so that it matches what is being said on screen. This can be achieved either by right-clicking the video file after the subtitle has been loaded and selecting Subtitles > Subtitle Resync or using the shortcuts outlined there.

KMPlayer 3.6 can be downloaded from the official website as a web downloader, or from linked third party download portals.

Note: KMPlayer includes several so-called adware offers in the installer. The KMP Toolbar, a custom version of the ASK Toolbar from the looks of it, and the Simplitec Power Suite program were offered during installation. A click on cancel on both screens prevents the installation of both programs on the local system.
Advertisement

Previous Post: « GifCam: record part of your screen as animated gifs
Next Post: So what is Twitter #music and why do I see a black screen on the site? »