by Martin Brinkmann on December 13, 2012 in Music and Video - No comments

Anyone still using Last.fm to listen to Internet radio, keep up to date with music news, chat with the community or to scrobble music? The popular service just announced major changes for virtually all users of the service from mid-January 2013 on.

Users from the United States, United Kingdom and Germany, who previously were able to listen to Internet using the desktop client and the Internet site. If you are using the desktop client you won't be able to use it to stream Internet radio anymore unless you become a Last.fm subscriber. The change is not affecting web radio which continues to be available as an ad supported version that is free and an ad-free version for subscribers of the service.

The desktop player will soon be relaunched in a new version that will feature a "vastly improved interface" and "support for more Last.fm features" according to company representatives. All features that the desktop player makes available remain free with the exception of the aforementioned change to Internet radio.

Nothing changes for Last.fm users from Canada, Australia, New Zealand, Ireland and Brazil who, like before, can use the desktop client or web interface to listen to radio provided that they are subscribers of the Last.fm service. 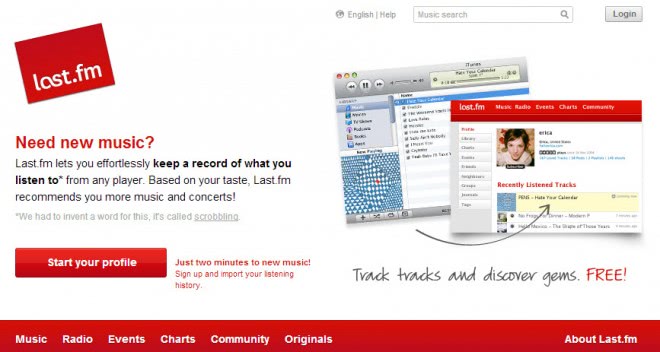 Users from all countries not mentioned in the paragraphs above won't be able to use the radio streaming feature that Last.fm makes available even if they are paying subscribers. All other services remain as is for users from these countries, but the loss of radio play is a serious blow for subscribers.

The service can't be offered anymore to Last.fm users from these countries due to licensing restrictions according to Last.fm. While that may be part of the problem, the company also notes that it aims to "bring music to more people, when it can be done economically" which suggests that money economics must have played a role in the decision making process.

Last.fm subscribers from affected countries can ask for a refund if they have paid for a subscription longer than 30.-days in advance.

The company lists a couple of alternatives for users to explore, including Last.fm Discover which provides access to independent artists and their music, Last.fm for Spotify to combine the database of Last.fm with the music streaming service Spotify, and a couple of third party sites that make available music for free.

Is this the end of Last.fm or just an attempt to become profitable? I have no insights into the company's finances but from the looks of it, it appears that it may be in dire need to make changes to the service.