Dropbox broke the 100 million user mark recently which makes the service one of the biggest file hosting and synchronization services on today's Internet.  The company does seem to have plans to extend what is being offered right now to customers, that is at least what the recent acquisition of the music streaming service Audiogalaxy suggests.

The service has a colorful history. Some veteran users may remember it as the place to trade music in the pre-Napster era. For the past two years Audiogalaxy has been offering a solution that enables users of the service to stream music to their devices. For that, they needed to download a desktop client that indexed local music, which then became available through a web interface on the Audiogalaxy website and in form of apps for mobile devices such as Android or Apple iOS. 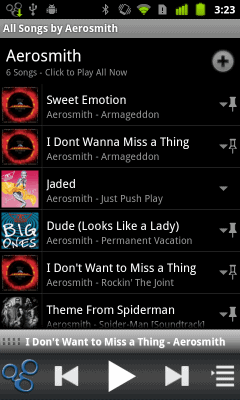 When you visit the Audiogalaxy website today you will notice that the service does not accept new users anymore linking to a post that explains the situation.

We created Audiogalaxy to make people fall in love with music. Over the last few years we’ve built a wonderful music experience on the web and mobile devices, attracting loyal users from all over the world.

Today, we are thrilled to announce our team is joining Dropbox! We are excited about the opportunity to join the amazing folks at Dropbox and bring great new experiences to 100M+ Dropbox users.

As part of the transition, Audiogalaxy will no longer accept new signups. Current users can continue to use the personal streaming features of Audiogalaxy. Mixes will be available for subscribers until December 31st, 2012.

The acquisition suggests that Dropbox plans to improve the company's own streaming capabilities. You may know that you can watch videos and listen to music that you host on Dropbox right on the Dropbox website or in Dropbox apps on mobile devices. The experience however is limited to single media items, and features such as playlists or music search are not available.

It is likely that Audiogalaxy's streaming technology will be integrated into Dropbox to give users of the service a superior music streaming experience, and maybe even increase the communication and interaction between Dropbox users in the process.