64-bit versions have been in development for quite some time, a roadmap released in 2011 for instance lists the Windows 64-bit version of Firefox under Firefox 5. That did not happen but still, most Firefox users probably expected that Mozilla would eventually release Firefox 64-bit for Windows.

That dream may have been shattered now with the announcement that Mozilla decided to stop producing 64-bit builds for the Windows operating system.

Per newsgroup discussion. Please stop building windows 64 builds and tests. This includes the following subtasks, which I'm not filing specific bugs on but you may want to break these out:

What are the reasons given? 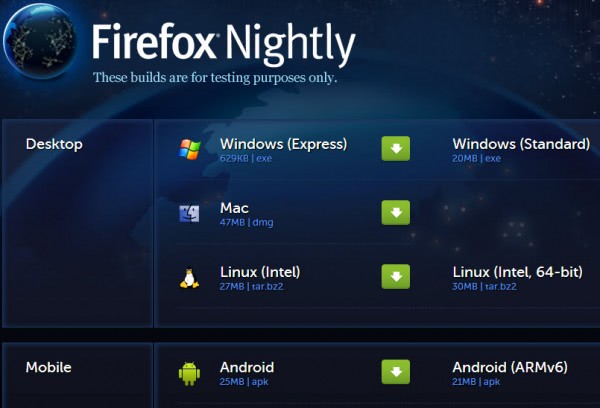 About 50% of Nightly users are currently working with a 64-bit version of Firefox. Since there won't be any updates for the versions they are running, they somehow need to receive information about the change.

Mozilla plans to offer an update for those users to "convert" their 64-bit version of Firefox Nightly to a 32-bit version. It is not clear when this is going to happen though but it will happen at around the time the Nightly builds are no longer produced and uploaded to the servers. It is not clear if third party builds of Firefox, for instance the 64-bit Waterfox browser, are affected by the change as well.

This does not mean that there won't be a 64-bit version of Firefox ever, but for the foreseeable future, it is not going to happen.

The only (major) browser makers offering 64-bit browsers right now are Microsoft and Opera. Everyone else is only offering 32-bit versions for Windows.

Some Firefox users will certainly be disappointed by the move even if it does not impact them right away. I for one dislike Mozilla's current trend to move away from development of certain programs, Thunderbird and now 64-bit Windows builds come to mind. It gives the impression that these products are not worth the company's time, and as a result, that users who like those products are not Mozilla's top priority either anymore. (via SÃ¶ren)