There are not that many Flash real time strategy games out there, at least not games that put hundreds of units against each other in epic battles. Hordes and Lords is a free Flash RTS game that is playing in a medieval setting that features a campaign to play through and a survival mode. The campaign lets you play in various scenarios against enemy armies that become increasingly difficult to defeat.

Each battle plays on a battle map that may remind you a bit of the Total Wars series, only without the neat 3d effects as you command your troops in a 2d environment. Your troops gain experience for each battle they successfully partake in which improves their overall abilities. An upgrade screen is displayed after each battle that you can use to hire new troops or to improve the armor and weapons of your existing troops. 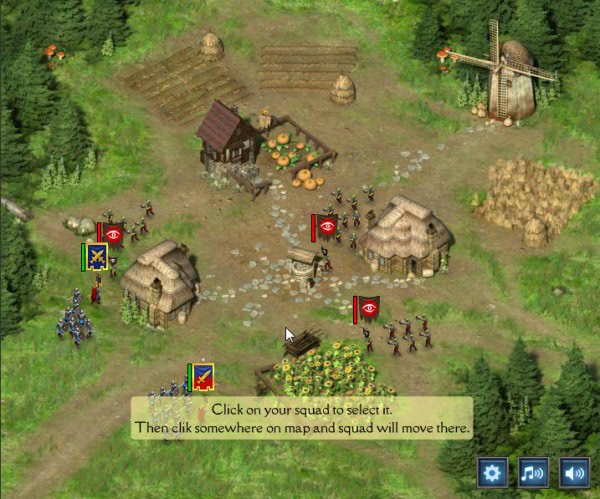 You start with two basic infantry squads and get the option to hire additional troops like archers or spearmen in later levels. These new troops come at a cost though and you sometimes need to make a decision between hiring more units or upgrading existing troops instead.

You control your units with the mouse. A left-click selects them, another left-click on the map gives them the marching order to move to that location. Combat itself is automatic once enemies are engaged and there is little to do other than the occasional repositioning of troops and collecting of chests and coins. Often, all that you need to do is just position your armies correctly and not move them at all anymore after that.

A short introduction is displayed before each scenario which gives you background information about the scenario. 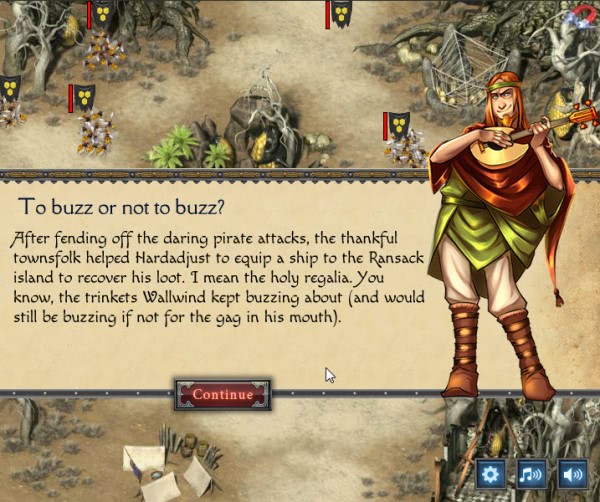 You sometimes encounter more than one party on a map which can work to your advantage. Sometimes, those parties fight with each other, at other times you get auxiliary troops controlled by the computer that aid you in a battle.

You can replay encounters at any time to earn gold and upgrade your troops.Â  While that is an essential technique in the beginning to equip your troops with better weapons and armor, you may notice that the end game's difficulty drops if you make use of that option.

Survival mode on the other hand pits your troops against endless waves of enemies. You get a certain number of gold that you can use to hire and upgrade troops. The battle then takes place on a single map that you play against ever increasing numbers of enemy troops.

The mode is not as exciting as it may sound, as you basically sit back on the map and watch your units fight it out with the enemy.

It is a casual game in the end, but it should keep you entertained for half an hour or so, and even longer if you want to beat the survival highscore.