Football, or soccer as US Americans call it, is the most popular sport in the world. The Football Playbook is a game about football, or more precisely about getting the ball into the opposing team's net. The game is a puzzle game of sorts with light action elements. Your main task is to get the ball from your own goalkeeper to a striker who is then trying to get close enough to score.

The game begins with a tutorial that introduces you to all game concepts. From passing the ball - which you do with a click on the player you want to pass the ball to - to being marked by a player of the opposite team.

A scouting report is displayed before each game which highlights actions of opposing players. Some players will make a run for the ball if it comes into a radius around their position, others will mark players and move with them on the field. This report is essential, especially in later levels when things get a little bit crazy. 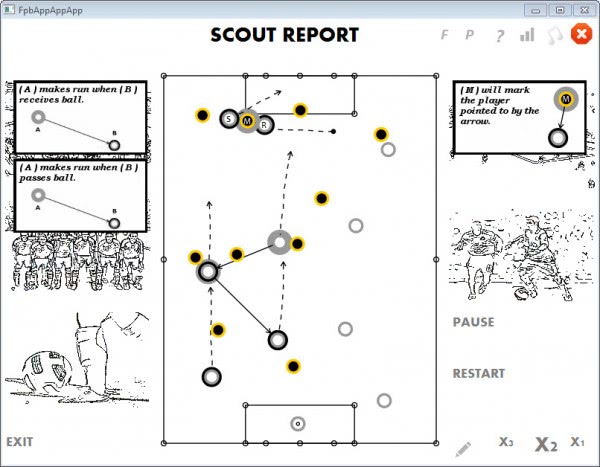 A click on the x symbol closes the scouting report and displays the actual field. The goalkeeper has possession of the ball, and it is your task to select one of your players that you want the goalkeeper to pass the ball to. This is done with a left-click on the player. Some players may start moving when they get the ball which is indicated in the scouting report and on the field. Others may start moving when the ball crosses a line on the field or when you click on gray circles on the pitch.

You can pass the ball into any direction for as long as you want, provided that no player from the opposing team intercepts it or comes to close to the ball carrying player. 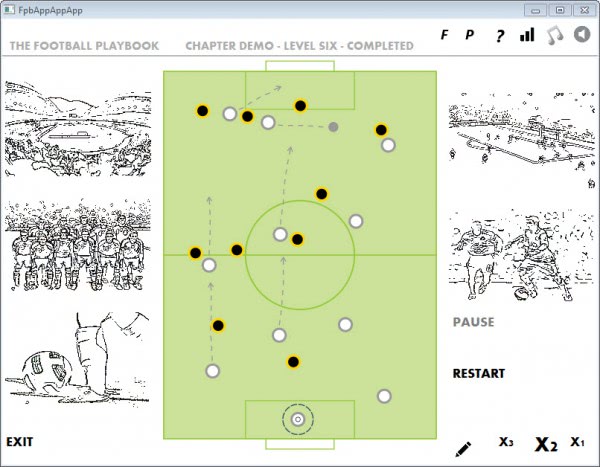 The difficulty increases noticeable after the first few levels and it is likely that you will need a few tries to complete the levels the game throws at you. You can restart each level as many times as you like so that it's not that much of a problem.

All in all it is a great fun game even for gamers who do not like football at all.