If you are building computer systems as a hobby or profession, or are simply an enthusiast who wants to get the maximum out of a PC, then you may want to use benchmarking tools to test your setup.

Anvil's Storage Utilities has been designed to be the most comprehensive benchmarking tool for Solid State Drives on the market. That does not mean that you can't use it for conventional platter based drives as well, but you do get the most out of the program when you test the speed and performance of SSDs with it.

The program has gone through a series of beta and release candidate builds already, and is currently available as Release Candidate 3. It is usually linked from this forum thread, which currently is not the case for the RC3 build which you can download here directly. You can't use previous builds as they are set to expire automatically. [Update: a stable build has been released in the meantime, it is still linked on the forum]

When you start the program after download and unpacking, you will notice that it will automatically detect and display computer related information in its interface. 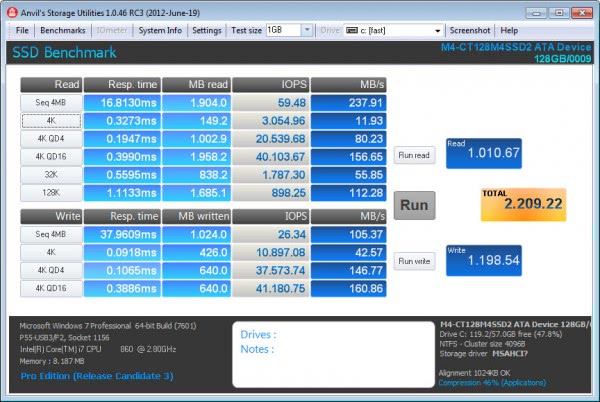 You can run a benchmark right away by selecting a drive from the menu at the top right, or check out the settings first to make sure everything is configured correctly here. Here you can simulate a compression level of the test file, e.g. database, application or uncompressed, and whether you'd like to use the same test file on consecutive runs or generate a new one every time.

As far as benchmarks go, you can run a standard SSD benchmark that is testing read, write, or both performances of the drive, or run threaded IO benchmarks only. 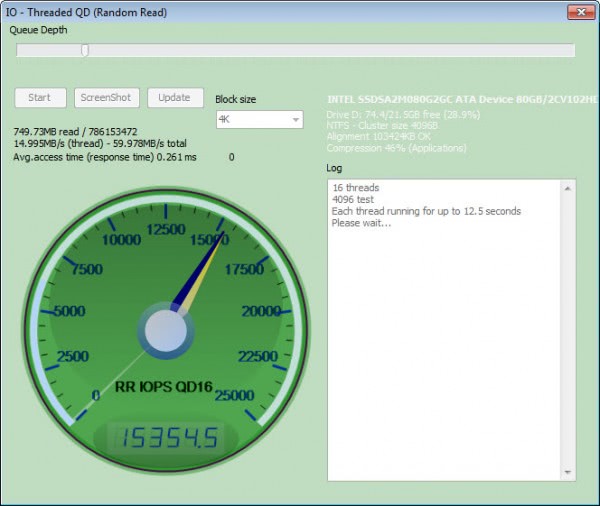 The Endurance Benchmark is a special benchmark that is only interesting for drive manufacturers and labs that test a drive's longevity as it runs until the drive is done. It is therefor not recommended to run that test on your home computer if you want to use or sell that drive later on.

The program displays both MB and IOPS, which the majority of comparable benchmarks do not (they display usually one value only). There is a lot that you can configure benchmark-wise, both in the settings and when the benchmark windows are displayed.

The program has a comfortable screenshot button which you can use to create a screenshot of a test result, and an option to send the Trim command to a drive.

Anvil's Storage Utilities is a comprehensive benchmark for Solid State Drive that aims for the professional and semi-professional market. Home users can use the program to test the speed of their drive, for instance to make sure that its configured correctly and performs near the advertised speeds.