The restrictions on Apple's iOS operating system have prevented the development and distribution of a full Firefox web browser for iPhones, iPads and other Apple devices that run on iOS. All web browsers running on iOS use the mobile Safari backend, which is seriously limiting browser developers who want to port their mobile browsers to the system.

Google recently released a version of its Chrome web browser of iOS devices which featured syncing capabilities between different devices but had to use the Safari mobile backend.

Mozilla was even in a more desperate situation as Firefox was not sharing its core with Safari. And so, Firefox Home was born for iOS devices. Instead of porting a crippled version of Firefox to iOS devices, Mozilla created the Firefox Home app which made available the history, bookmarks and open tabs on the iOS device. 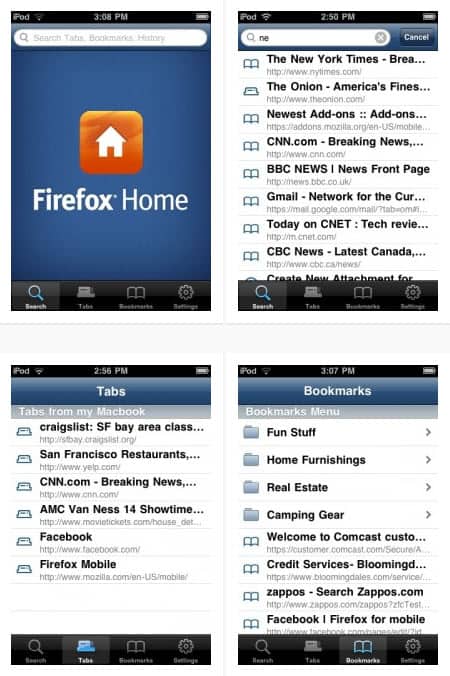 And it is exactly this app that Mozilla is now retiring from Apple's app store. Apple users who are using Firefox Home can use the app until the end of the year before it won't work anymore.

Mozilla has published the code on Github to give third party developers a chance to work on the project. While it is not clear how successful this offer will be, it is a glimmer of hope for Firefox users with iOS devices who like to synchronize their bookmarks and other features of the desktop and Android versions of the browser.

The reason for retiring Firefox Home for iOS officially is to free up resources for other projects. The low number of users who have installed the app, said to be 100000, may have played a role as well.

The makers of Firefox and Thunderbird plan to evaluate their options as far as other options to support Apple's iOS platform are concerned. This leaves a door open to create another app for iOS devices at a later time. I would not get my hopes up too high though unless Apple decides to open up the operating system to give browser developers the chance to port their mobile browsers to the system.