Thunderbird to get silent and background updates in coming version

Are you still using the Thunderbird email client or have you switched to another desktop email program after Mozilla's announcement that it would move the application to the end of its priority list? Thunderbird like Firefox joined the rapid release process which meant that multiple new versions of the email client were already in the making. And thanks to that process, we are still going to see features added to the next upcoming versions of Thunderbird.

Silent and background updates have landed in Thunderbird 17 nightly. This is the same technology that Mozilla has added to the Firefox web browser. Windows Vista and newer users benefit from silent updates for their operating system to bypass the UAC prompt that is displayed otherwise on those systems whenever Thunderbird gets an update.

Thunderbird will use the same maintenance service on Windows that the Firefox web browser is using to avoid the UAC prompt on the operating system. 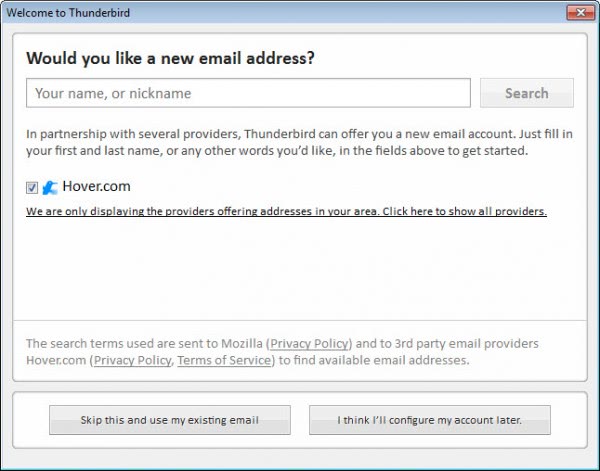 Background updates on the other hand is a new feature that all Thunderbird users will benefit from. This feature prepares the update during runtime so that it completes faster on the next start of the email program. Thunderbird basically will download the update during runtime, apply it to a copy of the application directory to replace the current program directory with the updated copy.

If things go really well, Mozilla may include both update features into Thunderbird 16, a version that is coming out on October 9, 2012. At the latest, the update feature will land in Thunderbird 17 provided that the developers won't run into major bugs during tests.

You can download the latest Nightly builds of the email program from the Mozilla ftp site. Keep in mind that those are early development versions that are more likely to contain bugs, and that it is therefor not recommended to run Nightly versions in a productive environment. (via SÃ¶ren)