Some countries demand that Microsoft makes a version of the Windows operating system available without Windows Media Player. The core reason for this stance is the fear that the company could use its near monopolistic market share to push competing media players and companies out of business.

With Windows 8, this is even less likely to happen considering that the built-in media player ships without capabilities to play back DVD movies on the computer. Still, Microsoft has to make available so called Windows 8 N or KN versions for those markets in addition to regular versions. 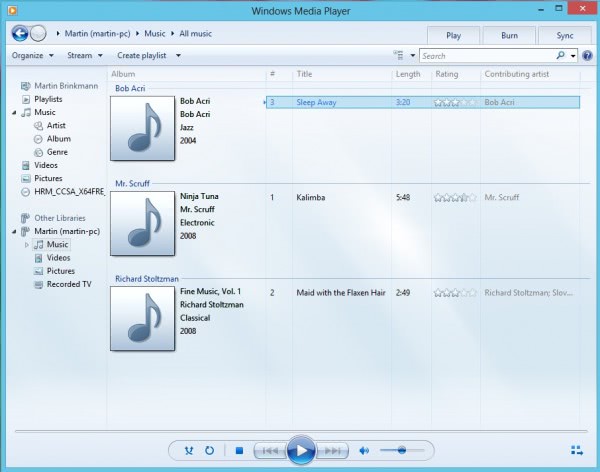 If you happen to live in the European Union and a handful of other countries, you may have picked up a Windows 8 N version. Maybe you bought a PC that it came preinstalled with, picked the both in the store or bought the copy of the operating system online. If you made that in error, you can add the missing components back to your computer system.

Just head over to the Microsoft Download Center and download the Media Feature Pack for N and KN versions of Windows 8 from there. The package is offered for 32-bit and 64-bit editions of the system, available for all interface languages, and compatible with all N or KN versions of the Windows 8 operating system. Simply use the change language menu to select the right interface language before you start the download.

Keep in mind that this adds Media Player and related tools and technologies to the operating system, but not Windows Media Center.

Windows 8 N version users can alternatively use third party media players such as Video Lan Client, Smplayer, or take a look at our DVD playback alternatives for Windows 8.

Previous Post: « How to add non-Store apps to Windows 8
Next Post: « DiskCheckup: get warnings before a hard disk drive fails