I usually do not review FPS games in this series, not because I do not like that genre, heck I have 960 hours of Team Fortress game play time in Steam, but simply because there are not that many that are released for free. The core reason for this is that they are not as easy to produce than, lets say, a tower defense game.

Crysis Wreckage is a standalone first person shooter that is based on the award winning Crysis engine. While you will see the age of the engine shine through in some parts of the game, it is still looking impressive most of the time, especially when you keep in mind that this is a free game, and not a commercial one. You will notice that the most when it comes to characters in the game, and how they look. 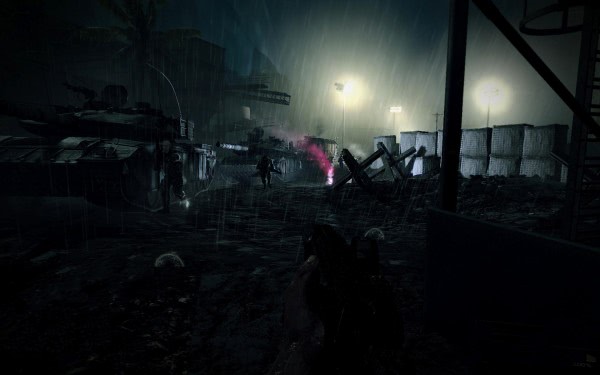 For a free game though, the presentation is incredible. Instead of just shooting your way through the game, you will enjoy cutscenes and various in-game events like a helicopter ride in the beginning that make Crysis Wreckage a game with variety. This is the main reason why the game is everything but yet another ordinary shooter, as it manages to keep that up until the very end of the game which you reach after several hours of game play, depending on your skill and the difficulty level that you have selected on start up.

Since the game uses the Crysis engine, it is also using the way fps has been done in the game, all the way down to the nanosuit of the protagonist. You start the game with two weapons and the suit, and can utilize both to reach the objectives. 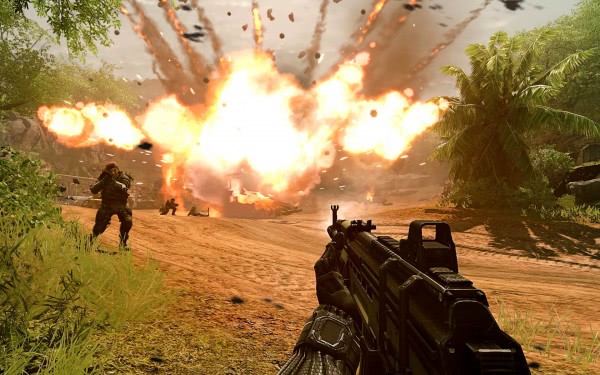 The AI seems to have been taken straight out of Crysis, with enemies trying to find cover, flank, or do other nasty things to take you down.

While Crysis Wreckage is definitely an impressive game, it has a few quirks that you need to know about. The first is that even though the game engine is a few years old, it can still be very taxing. I noticed short lags every now and then on a medium to high-end gaming system running the 64-bit version of the game. That's with everything set to high in the graphics settings. If you notice lags you can turn down the visuals a notch to eliminate or reduce them in the game.

The second point of criticism is that there is only German voice in the game. You can select English as the game language during first start, but that will get you English subtitles in game. I personally do not really mind, but some gamers do not seem to like it. If you remind yourself that this has been done with a team of four, and that it is not a commercial game, then you may be more forgiving in this matter.

Here is a video that will give you a better impression.

Crysis Wreckage can be downloaded as a 2 Gigabyte standalone game from the Modddb website. The game does not need to be installed, and can be played right after you have unpacked it to your local system.