The rise of broadband in many country and regions around the world has opened up new possibilities for bandwidth intensive services on the Internet. TV Streaming services have sprung to life in the past years that often provide their users with access to free TV series and episodes. And while that is a good thing, the services more often than not restrict access to users connecting from a specific region or country.

The following guide looks at the best free web services that stream TV series and episodes. To be included in this list, the services need to offer free streams, and need to be on legal grounds in their country of origin.

Since this is an English website, we are concentrating on English television only. Feel free to add websites that offer television streams in other languages in the comments.

Hulu Plus is a subscription-based service that provides access to all episodes of the current season, as well as access to Hulu on game consoles and televisions, and high definition streams when available. 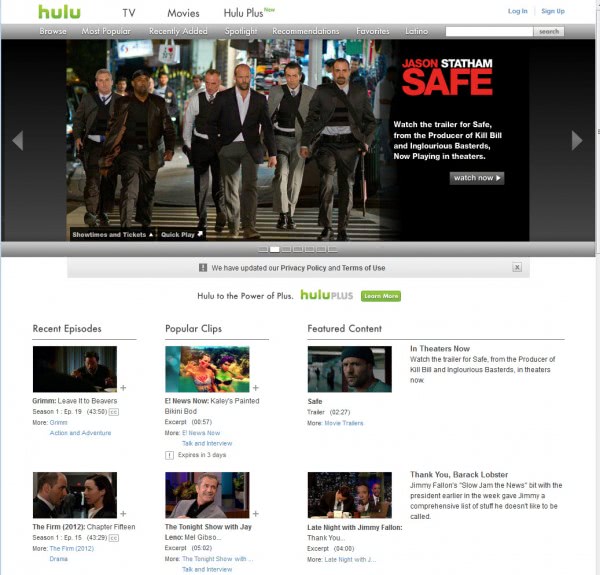 Shows available at the time of writing include Fringe, Grimm, Family Guy, The Office, Southpark, Law and Order, and dozens of other shows.

Here you can watch TV shows that are produced by the U.S. network ABC.Â  At the time of writing that includes Grey's Anatomy, Revenge, Missing, Lst Man Standing, Castle, Jimmy Kimmel Live or Scandal. 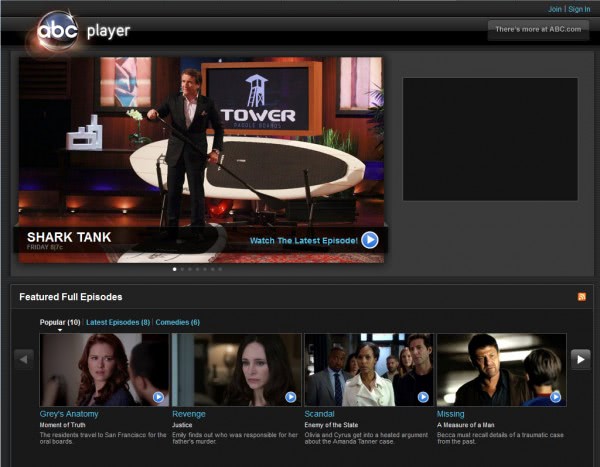 A family friendly TV streaming site. It currently offers access to the following shows: Jane by Design, The Lying Game, Make it or break it, Melissa & Joey, Pretty Little Liars, Switched at Birth, and The secret life of the American teenager. 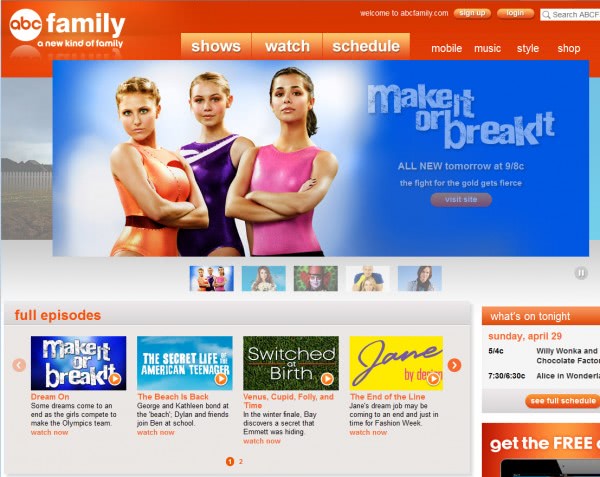 Another U.S. only network streaming its shows on the Internet.Â  Available shows include classic television series, like Simon and Simon, Magnum P.I. or The A-Team, as well as 2012 shows like Bent, 30 Rock, The Event or The Biggest Loser. It is interesting to note that NBC provides access to the full back catalog of many shows, and not only a show's current season. 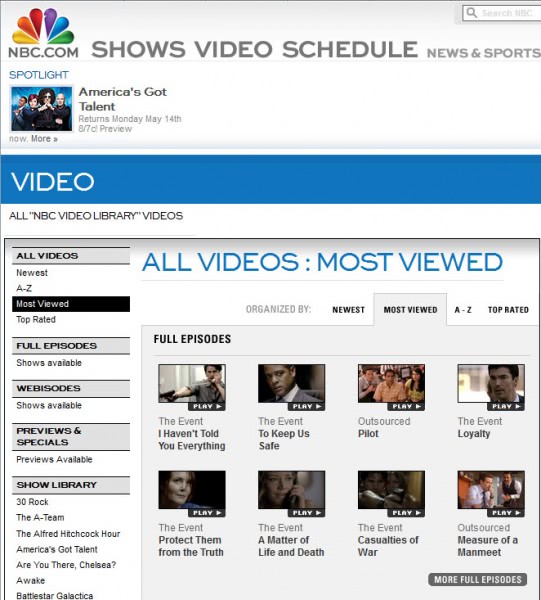 You can watch tv shows that air on CBS on this site. Popular shows include The Big Bang Theory, Blue Bloods, Criminal Minds, all the CSI shows, How I Met Your Mother or Two and a half men. Access is again only available for users connecting to the site from the United States. 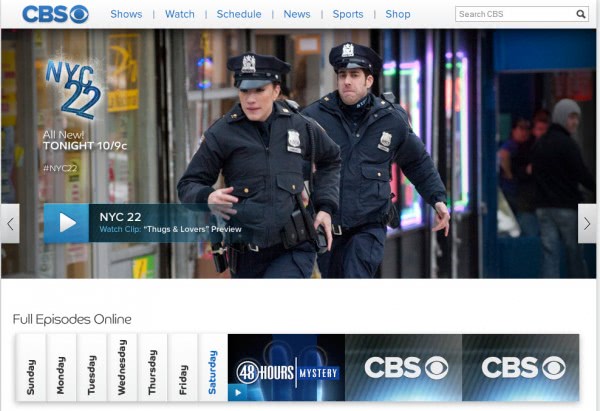 Here you find shows airing on the Warner Browser network. Shows available include both current season shows like Fringe or The Mentalist, but also classic shows like The Gilmore Girls, The O.C., Babylon 5 or Friends. 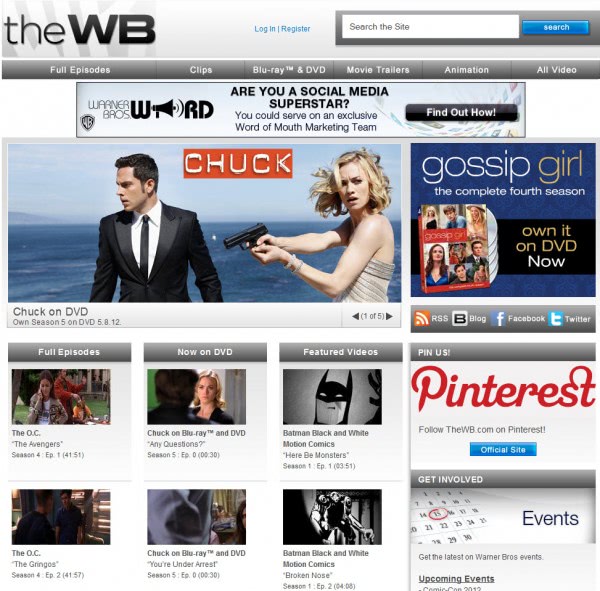 The site unfortunately does not offer access to the full back catalog of current or classic tv shows. You only find a handful of episodes available for streaming on the site.

Here you can watch TV shows that air on the Fox network. This includes Family Guy, The Simpsons, House, American Idol, or New Girl.Only select episodes are available on the Fox.com website. 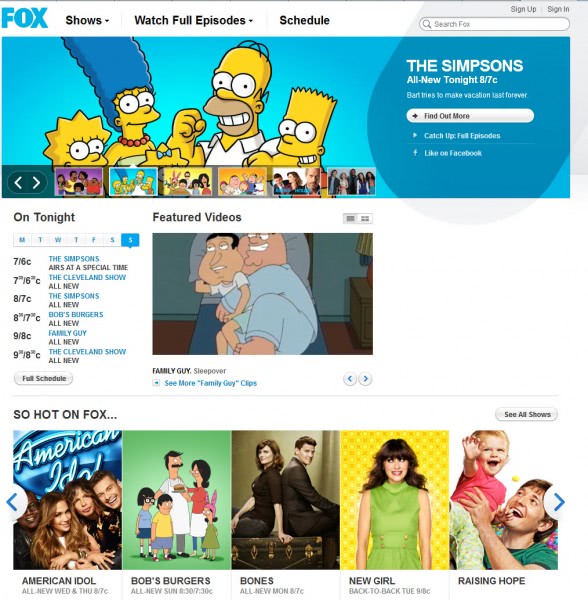 If you are connecting from the United Kingdom, you can head over to the 4OD website to view tv show streams on the website. Full episodes may be limited depending on the show. 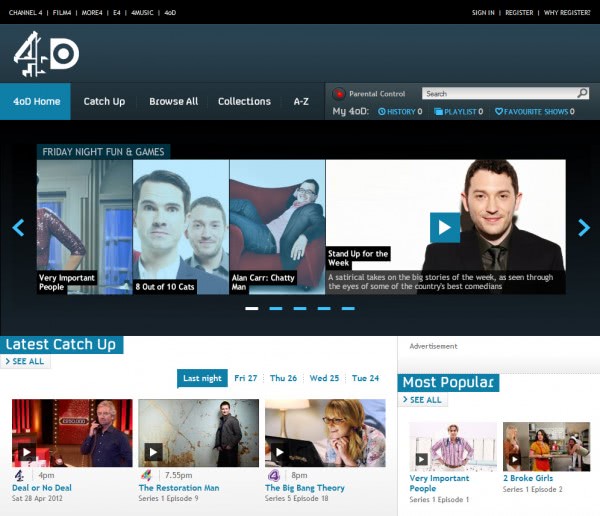 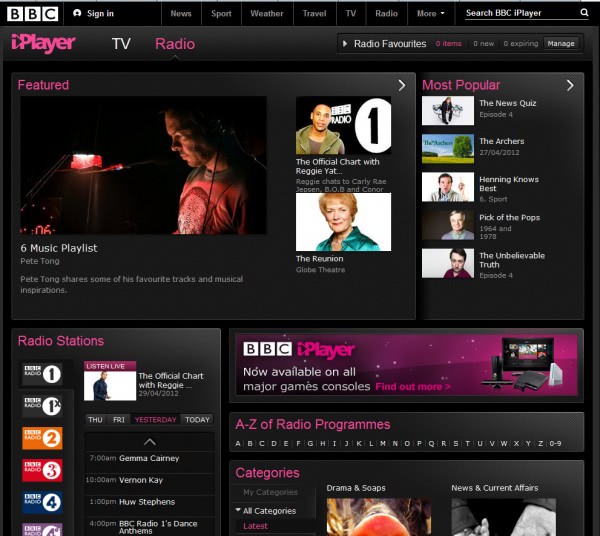 This one monitors several streaming video sites, and maintains a database of tv shows, series and episodes that link back to destinations on the Internet where those shows are available as streams. It is mostly U.S.-based but you find British and Canadian offers there as well. Update: The service is no longer available.

Another aggregator that monitors various tv network sites and sites like Hulu. Allows you to keep track of all tv shows that are currently airing in the United States, or that have aired previously.

You may also be interested in a guide explaining how to set up a VPN on Windows 7, or on Linux machines.