I still love the tower defense genre despite the fact that I have not seen a good game come out in quite a while. Hands of War is a Flash browser game that does a lot of things right. It comes with a hero character, skills, a leveling system and options to variate the difficulty level of each map you play which increases the replay value considerably.

When you first start the game you are asked to pick your class from one of the three classes available. Each class has distinct advantages and disadvantages. The warrior class for instance does a lot of damage but has not nearly the reach of the ranger class or the firing frequency of the mage class.

Once you have selected your class you are thrown right into battle. The game does not start until you hit the next wave button, so no need to haste here. You always place your character first on the battlefield, and then other towers that you can buy with gold. 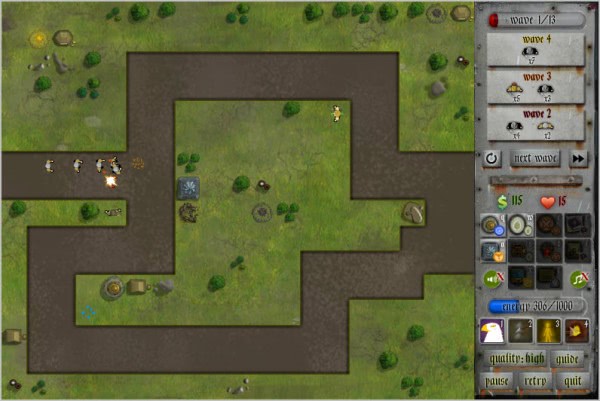 Once you have placed your towers you can start wave after wave. You can either start each wave individually or let the computer send in wave after wave automatically.

Your main task is to complete each level with at least one life left. You get better rewards and more experience if you do not lose a single life though.

Your regular towers get experience over time which you can then use to upgrade them. Upgrading makes them more powerful. Once towers reach level 4 you have the option to add a special ability to a tower's arsenal which costs a lot of gold but is usually worth the investment. 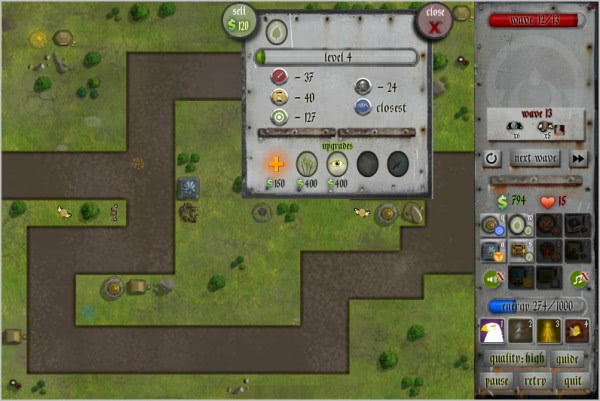 Your champion gets experience after the battle. Level ups can be invested in a talent tree and attributes. Both are divided into champion and commander talents and ability. Champion related skills always improve the champion, while commander abilities the troops. This reaches from adding poison damage to the champions attack to improving the base range, damage or attack speed of all units by 1% per point spend. 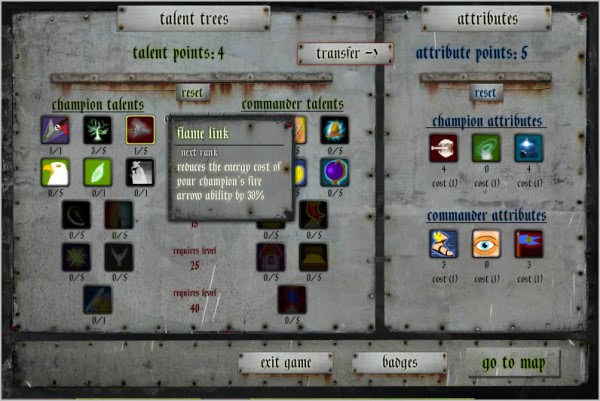 Each level up rewards you with new units or unit upgrades as well. You begin the game with only two selectable units and increase that initial stock to eight during the game.

Graphics are not really top notch but functional enough to enjoy the game. The leveling system, level selections and upgrades make this game enjoyable.

Head over to Armorgames to start playing Hands of War right away. If you have played the game, let me know what you think of it.