Awesome Tanks is a free fast paced action game that you play in your web browser. The game comes with everything that you'd expect in a tank game, with the exception of a story. You need to select a difficulty level at the beginning before you are taken to the upgrade screen where you see all the upgrades that you cannot afford yet. A click on Play opens the level selector, displaying 16 levels in total of which only the first is playable.

The game controls are displayed briefly on the screen (WASD or cursor keys to move, mouse to fire and aim, space to switch weapons ) before you are thrown right into tank warfare mayhem. 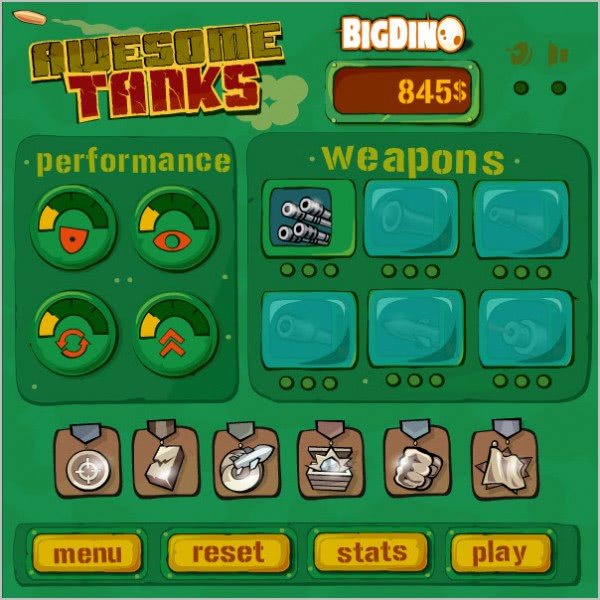 Awesome Tanks uses a fog of war system that hides the majority of the level from you at the beginning. The fog clears once you start exploring the level. The first level acts as a tutorial explaining some of the key game concepts. Depending on the difficulty level selected, you may have troubles completing the tutorial level. New gamers are advised to start with the beginner difficulty.

You earn Dollars for defeating enemies, finding money caches and completing a level. Even if you are defeated, you take the money that you have earned in a level back to the upgrade screen where you can invest it into upgrades. 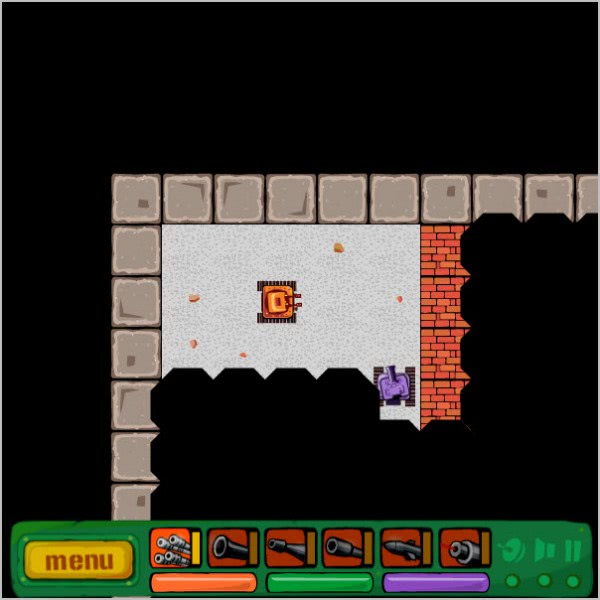 Available for selection are performance and weapon upgrades. Performance upgrades increase the tank's visibility, movement, turret speed or armor, and weapons more powerful weapons. The tank has a stationary minigun with unlimited ammunition, and five extra weapon slots that are more powerful but require ammo to fire.

Awesome Tanks is a fun game that will keep you entertained for about an hour. Just head over to the Kongregate website to start playing the game right away.