The only solution in this case is to either boot into a different operating system, restore a previous version of the system from backup, or use bootable security software to remove malicious software this way.

The majority of companies offer bootable versions of their tools. These images can be copied on USB devices or optical discs to boot a computer system from disc or a connected USB Flash Drive then.

Microsoft has now made available a public version of Windows Defender Offline Tool, a software designed to help users remove malware from their Windows PC. 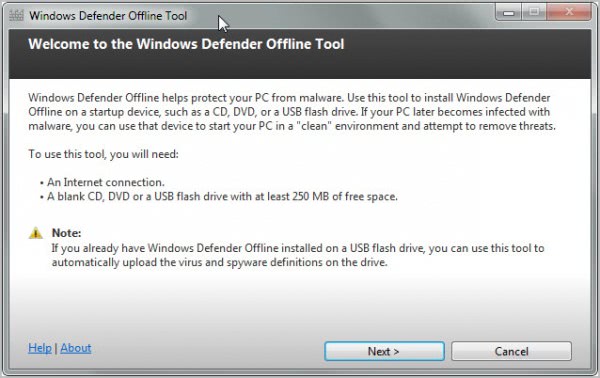 USB devices will be formatted by the installer. The user is informed about that step during setup. Make sure that important data is backed up or transferred before you run the process.

It is interesting to note that the setup looks almost identical to that of Microsoft Standalone System Sweeper which is also currently offered as a beta version. It looks as if Microsoft has made the decision to rename the program to Windows Defender Offline Tool.

Windows users can then boot from the newly created media to scan their computer for malicious software traces. The interface of the program that you boot into looks almost identical to the Microsoft Security Essentials interface. 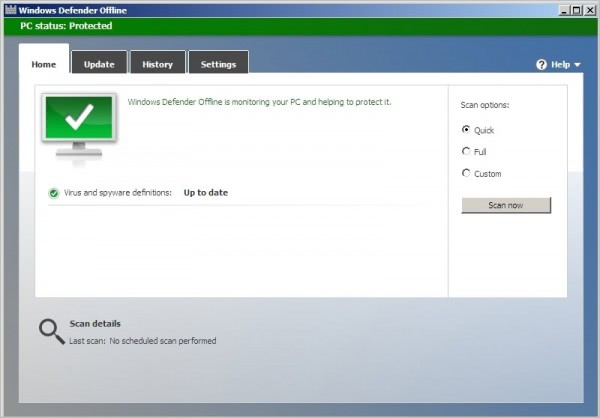 This is probably done to provide Windows users with an interface that they know how to work with. Microsoft recently made the announcement that they would integrate Security Essentials into their upcoming operating system Windows 8. (via Mike)