Marble has been designed to be a virtual interactive globe and world atlas that you can use to look-up information. The cross-platform application has recently been updated to version 1.1, reason enough to take a closer look at the software.

The main interface that you see after installation displays a globe and several controls on screen. you can use the mouse to rotate or zoom in and out of the globe which works on first glance similar to Google Earth or comparable programs.

You can use the mini map on top to quickly jump to a location on this world, or enter a search term under navigation to find a city or place of interest. 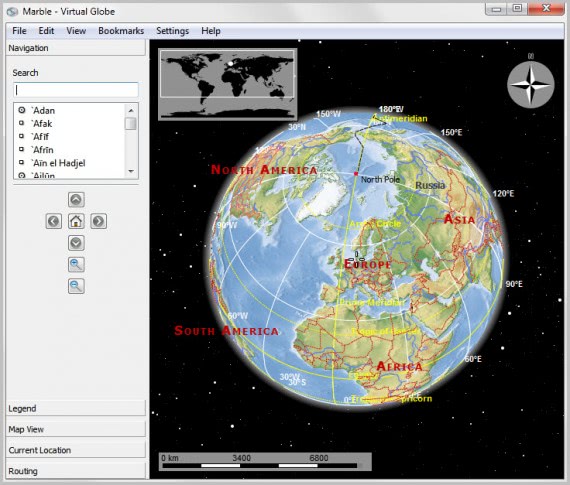 One of the interesting features of Marble is that it offers different map views. The default view is an atlas view which displays countries and important cities and locations. If you zoom in you will notice that it misses streets, highways and other landmarks.

You can change the default map view to nine alternatives, from Open Street Map and Satellite View over Earth at Night to a historical map or temperature and precipitation maps. There is also the possibility to change the projection from Globe to flat or mercator, or switch to a map of the moon instead. 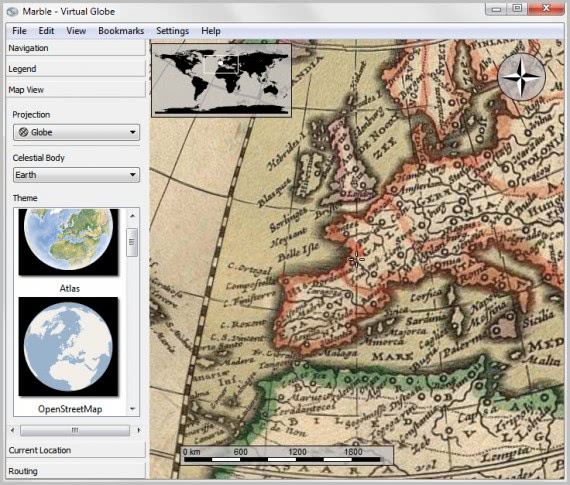 A legend is available in the sidebar that describes some of the symbols on the map. Additional options are available to include places of interest, an accurate coastline or a coordinate grid.

A left-click on a location displays the longitude and latitude, with options to copy the information to the clipboard or to get address details, which usually reveals the next city, state and country.

A click on a city loads a data sheet with information, and a copy of that city's article on Wikipedia. 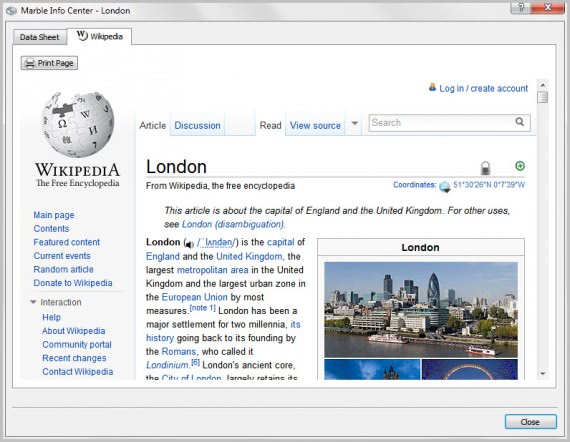 A routing planer has been integrated that seems to tap into Google Maps. You can enter an address or search term and get routing information displayed on the screen. 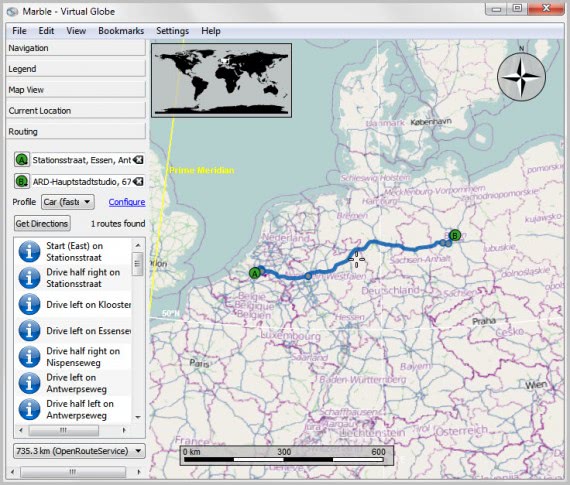 Another interesting feature is the ability to load new maps or globes. A handful are offered as downloads on the developer website. These include a Hike and Bike map, Venus and Mars, additional historical maps or natural earth maps.

Maps have a small size of less than 100 Kilobytes and need to be unpacked and moved into the maps folder of the Marble installation. They become then available under Maps in the navigational sidebar of the program.

Additional features at a glance

Marble is a very sophisticated software that combines many different features in an easy to use interface. You can download the latest version for all supported operating systems from the developer website. Versions are provided for Microsoft Windows, Apple Macintosh, Maemo and Linux.