Flipbook Printer was one of my first Donation Coder software reviews here on Ghacks. Mouser has released an update to the program which is now called FlipSuite. It is still available as a free version; A version for commercial use has been developed as well which offers the same feature set but can be used commercially as well. Free versions have a little note on printed flipbooks that they may not be used commercially.

The original FlipBook Printer could be used to turn avi movies into printable flipbooks, which you could create for presents, projects or fun. Flipsuite expands the concept with a newly added video recording feature. It is now possible to use webcams to record video which then can be used to create the flipbook.

The main program interface launches in Live Camera Mode, users without a webcam can switch to the Media File Viewer to load a directory from the computer instead. FlipSuite supports many different media formats, including video and picture formats. It is for instance possible to load photos taken with your digital camera, or to load movies and capture screenshots with the built-in-tools.

You can furthermore draw a rectangle on individual screenshots to crop the image. Another, more elegant option is to use the Tools > Flipbook Printer - Just load movie option to let the program do all the dirty work. The flipbook software will process the selected video file automatically based on your preferences. This way it is possible to create a flipbook in less than a minute. 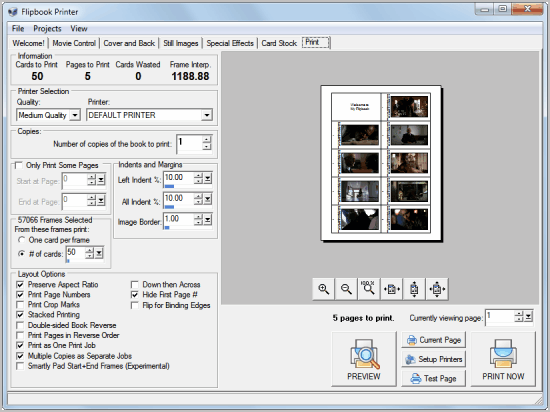 Flipbook Printer is an option lover's heaven. The printing options alone displays preferences on eight different tabs, from designing a front and back cover to selecting specific still images at the start and end of the book to special effects, card templates and extensive printing options.

Then you have got the program options which are accessible via the View menu in the main interface. 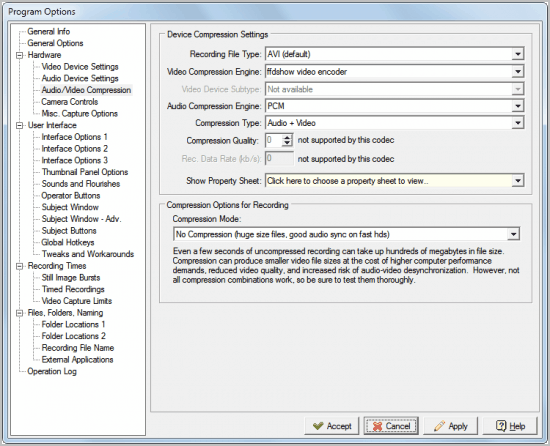 Do not get me wrong here though: The program is not complicated to use. If you just want to create a flipbook you can do so in less than a minute provided that you have images or video files on your local computer. The options and preferences can be used to customize the result in every imaginable way.

Flipbook Printer Suite has a few quirks, the folder selection for instance is not really that comfortable. I also have not found a way to create multiple manual screenshots of a movie in rapid succession.

These are however only minor issues. If you want to create flipbooks then Flipbook Suite 2 is the program to do just that. You find more information about the software program and downloads over at the Donation Coder website.