Microsoft has released a new Fix It solution to repair several Windows Media Player issues that users may experience when they are using the default program to play multimedia files on the Windows operating system.

A Fix It solution is a script that runs like any other executable. It will directly repair problems in the Windows operating system or programs running on it without further user interaction.

The Windows Media Player Fix It repairs several issues that users may experience when they use the program on Windows.

All issues that it fixes are listed below: 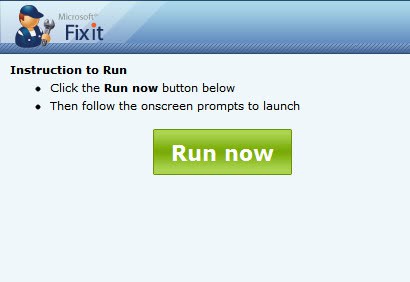 Windows Media Player users who are experiencing any of the issues listed above may want to download the Fix It tool to their system. All they need to do locally is to start it and follow the instructions.

You have two options to run the program. Click on run now to download a tool that you can run right after you have downloaded it. If you select the download button instead, you download a program that downloads all Fix It tools to your system. 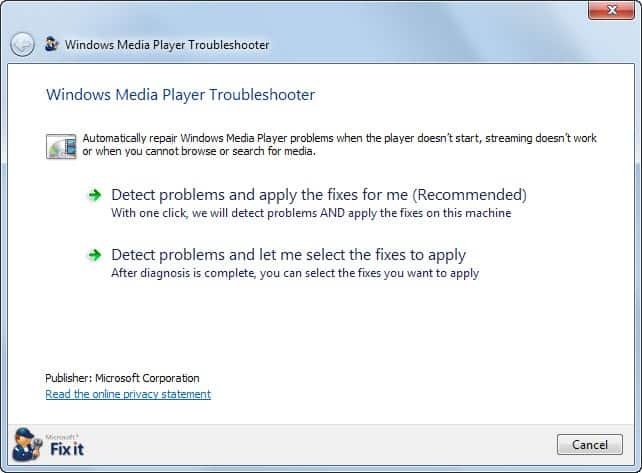 If you select the second option, make sure you run the right tool afterwards to fix your Media Player issues.

You will be asked if you want the tool to detect and fix problems automatically, or if you want them to be displayed to you so that you can check them out before they are fixed. It is highly suggested that you select "detect problems and let me select the fixes to apply", as it gives you full control over the process.

The application suggests the following fixes:

As you can see, it fixes general and several very specific issues that you may experience.

Martin Brinkmann is a journalist from Germany who founded Ghacks Technology News Back in 2005. He is passionate about all things tech and knows the Internet and computers like the back of his hand. You can follow Martin on Facebook or Twitter
View all posts by Martin Brinkmann →
Previous Post: « DriveLetterView, Manage Windows Drive Letters
Next Post: WinX DVD Author review »