VLC Media Player is a popular media player available for Linux, Windows and Macintosh operating systems. Version 1.0 of the player has been downloaded more than 150 million times. A recent video player comparison at Techradar saw VLC 1.0 at the top of the field together with other popular players such as SMPlayer, KPlayer or Zoom Player.

The developers of VLC are already working on the next iteration of the video player which could be beneficial in future comparisons as the developers plan to add gpu acceleration to the media player.

Update: hardware acceleration is built-in now. You can check whether it is enabled with a click on Tools > Prerences, selecting Input/Codecs from the new window that opens, and verifying that hardware-accelerated decoding is set to automatic or DirectX Video Acceleration. 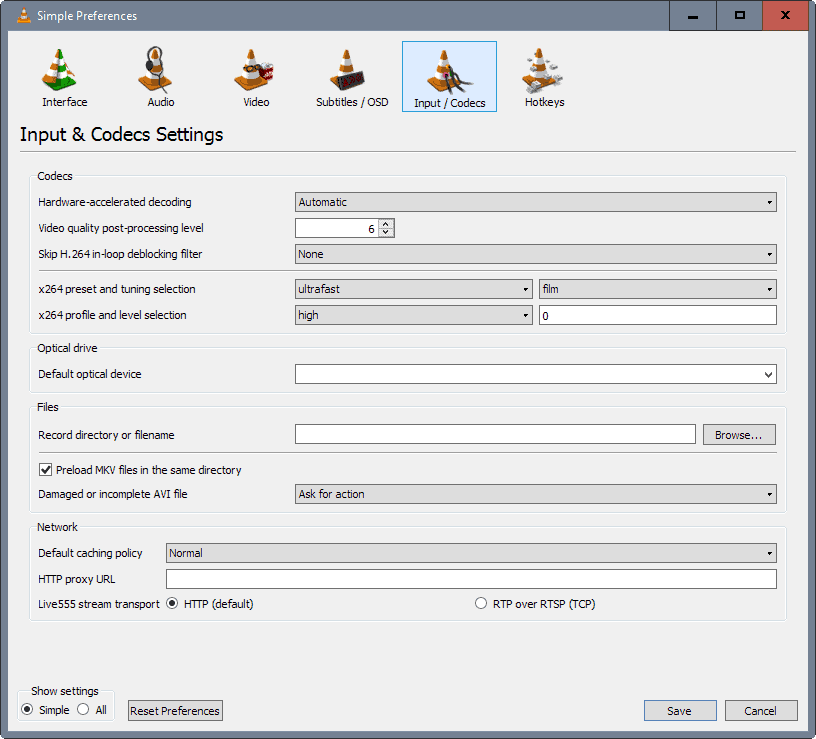 These new implementations should reduce the cpu load during video playback and improve playback as a consequence. This should work not only on desktop computer systems but also on netbooks or HTPC (home theater PCs).

A first preview version of VLC 1.1 has been available for two days now. The version is relatively buggy and only a early preview version. Interested users can download VLC 1.1 Pre1 from the Videloan ftp. Versions are available for all supported operating systems. Keep in mind that gpu acceleration is not available in the Mac release, only Windows and Linux benefit from this right now

VLC 1.1 will introduce the following additional features besides gpu acceleration:

Let us know what you think of this new release (if you have downloaded VLC 1.1) or the features that are introduced in the video player.