ReadPal is a free for personal use application for Microsoft Windows devices that improves the readability of text in many programs on the system.

If you are a regular here on Ghacks you already know of programs that increase the visibility of text on the Internet. We have reviewed quite a few of them in the past including the Readability bookmarklet which works in all modern browsers.

These tools remove all the clutter on a website basically so you can better concentrate on the textual information.

ReadPal goes a a step further. It is a free for personal use desktop application for the Windows operating system that integrates with Internet Explorer, most text processing programs but can also be used to load text files directly. The program has two main features.

The first provides text formatting and readability options to make the text more accessible and readable to the user. The program supports multiple modes in which the text can be viewed from column over banner to full screen.

The initial layout displays the text on a black background with the possibility to change the color scheme in the program's options. 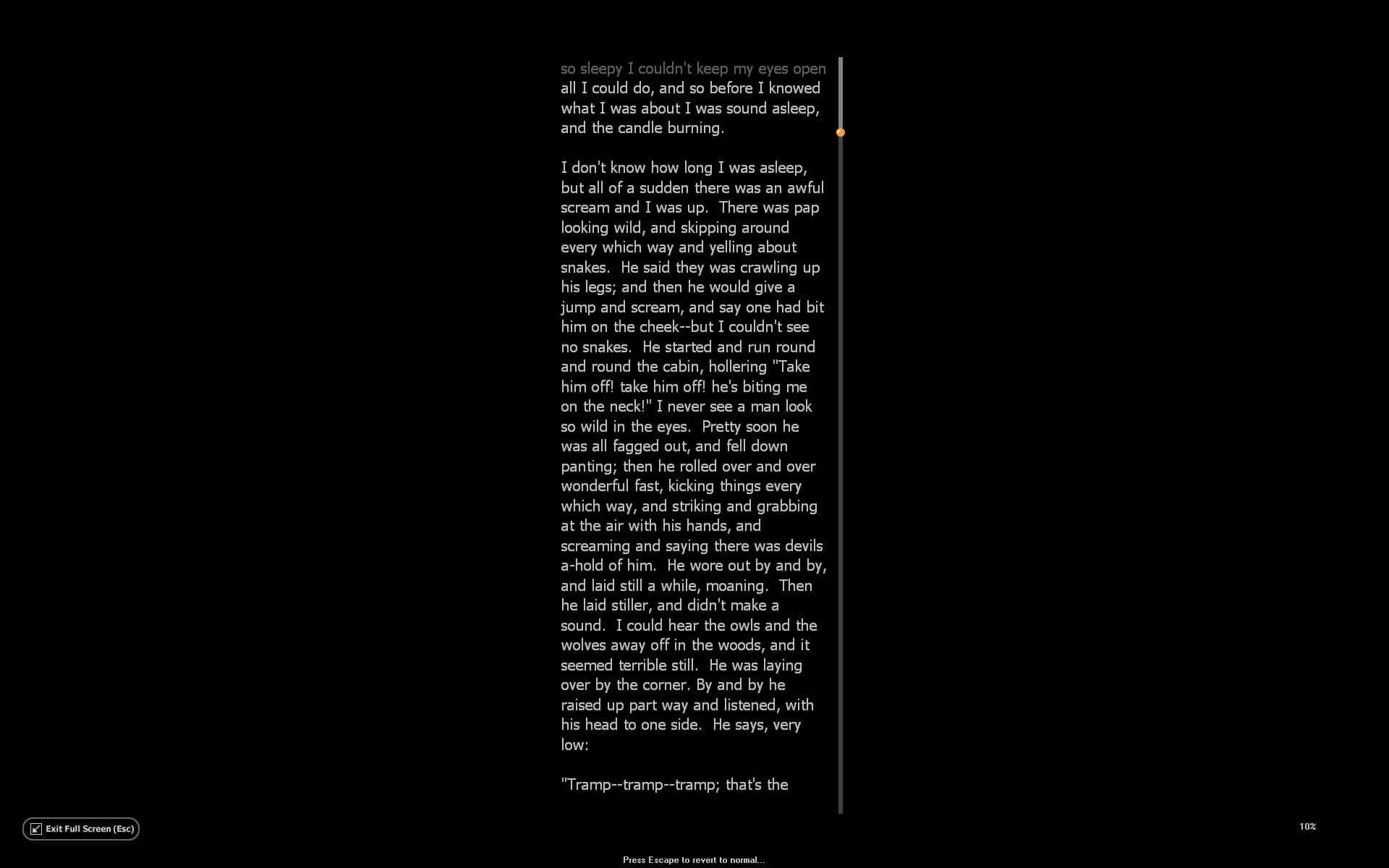 Some of the view modes will go through all the text continuously so that the user can concentrate on reading the text and not on text controls to scroll the text manually. This is for instance available in the sentence and banner modes. The speed can be changed with the up and down arrow keys or by clicking on the small icon in the lower left corner.

Basically, what this does is auto-scroll the text so that you don't have to do so manually.

The speed reading program displays a words per minute count in the status bar that can be used as an indicator of the reading speed. It is furthermore possible to change the number of words on the screen from automatic to a user defined value.

Those features alone can be very helpful in increasing the accessibility of textual information in Windows. ReadPal offers an AutoTrim feature which can further increase the reading speed of the user by removing fill words from the text. The default value is a reduction by 20% which can be increased or decreased in the speed reading program's options.

ReadPal integrates with Internet Explorer and text applications like Word or Notepad in Windows. It displays a ReadPal button in the status bar that when clicked opens the text in the ReadPal software. It should also be noted that the software only supports English texts for now.

The speed reading software ReadPal can be downloaded from the developer's website. It is free for personal use.

Update: The developer website is no longer available. We have uploaded the latest working version of ReadPal to our own server. Please note that we don't support the program in any way, and that we have uploaded it for archiving purposes only.

Martin Brinkmann is a journalist from Germany who founded Ghacks Technology News Back in 2005. He is passionate about all things tech and knows the Internet and computers like the back of his hand. You can follow Martin on Facebook or Twitter
View all posts by Martin Brinkmann →
Previous Post: « Download Naruto, Bleach, One Piece And Other Manga With DomDomSoft Manga Downloader
Next Post: WinX HD Video Converter Deluxe Free »