Not a lot of movies are released exclusive to Bittorrent. The American Prince is the latest movie, or shall we call it documentary, that is exclusively distributed this way. What probably makes it even more interesting is the fact that it was produced by well known director Tommy Pallotta who made great movies such as A Scanner Darkly in the past. Tommy decided that it was time to bring Scorcese's lost documentary 'American Boy' back to life by creating this film and distributing it on a channel that everyone in the world has access to.

Scorsese original documentary was shot more than thirty years ago and influenced many film makers including Quentin Tarantino who used one of the stories of the documentary in his Pulp Fiction movie (the one with the adrenalin shot to the heart). Since the movie was never officially released Pallotta had to collect materials from other sources like Bittorrent or Youtube to get the film done. While he did get a master copy of the film from Steven Prince himself he discovered an even better copy on the Bittorrent network. 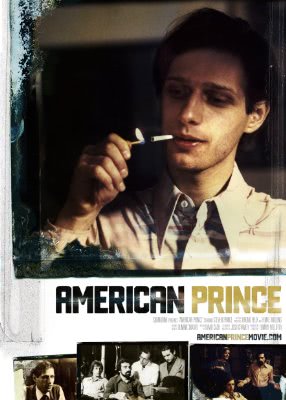 The movie can be directly downloaded from Bittorrent. The torrent is linked at Mininova. The movie has a size of about 420 Megabytes. It is already listed on IMDB with a 9.1 rating although it probably will go down when more users start voting.

Update: The film has since then been uploaded to the popular video hosting site YouTube where it can be watched directly. Its uploader unfortunately has disabled embedding of the movie on third party sites, which means that you need to head over to YouTube directly to play it there.

American Prince there is divided into six parts which you can watch one after the other on the site. Click here to watch the first part.