We reviewed the first public release of TweetMyPc not long ago, The software program allowed the user to send a Twitter command to a PC running the software which would either initiate a shutdown, logoff or restart.

Many users felt that it was a great idea but lacked custom commands which would increase the functionality and usefulness of the software. The software developer has now released a major update of the software program which adds a plethora of new and exciting features to the application.

The program will now send a reply to the user over Twitter so that the user who initiated the command will now if it actually worked.

New commands include locking the PC, requesting the IP of the computer system, putting it on standby or hibernate, taking a screenshot of the desktop, getting the list of processes, killing processes, download a file from an url, getting a file list and files from the remote computer system.

Especially the option to download files and to get files from the local computer system are interesting new features. Users who are still missing commands can now create custom commands in the software. 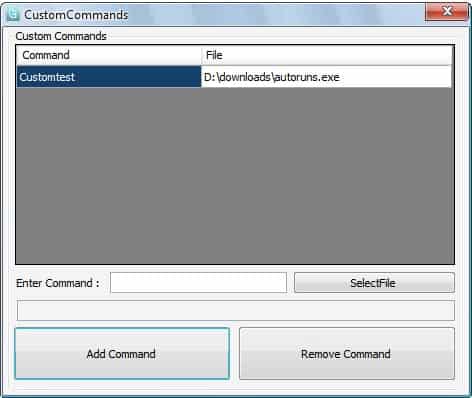 Custom commands are made up of a name and linked to an executable file on the remote computer system. It would be really nice if the program would accept batch files as well as executables.

The additions to TweetMyPC increase the usefulness of the software program.