Microsoft released the final version of Internet Explorer 8 yesterday. This new version is regarded by many as a step in the right direction as it closes the gap, both speed and compatibility wise, to Firefox, Chrome and other web browsers.

There have been talks about webpage compatibility problems in Internet Explorer 8 before which can hurt a web browser's reputation.

Report a Webpage Problem is an Internet Explorer 8 add-on that can currently be downloaded from Microsoft Download. The add-on is only be provided for a limited time as a download, most likely to sort out and analyze the biggest remaining compatibility issues. 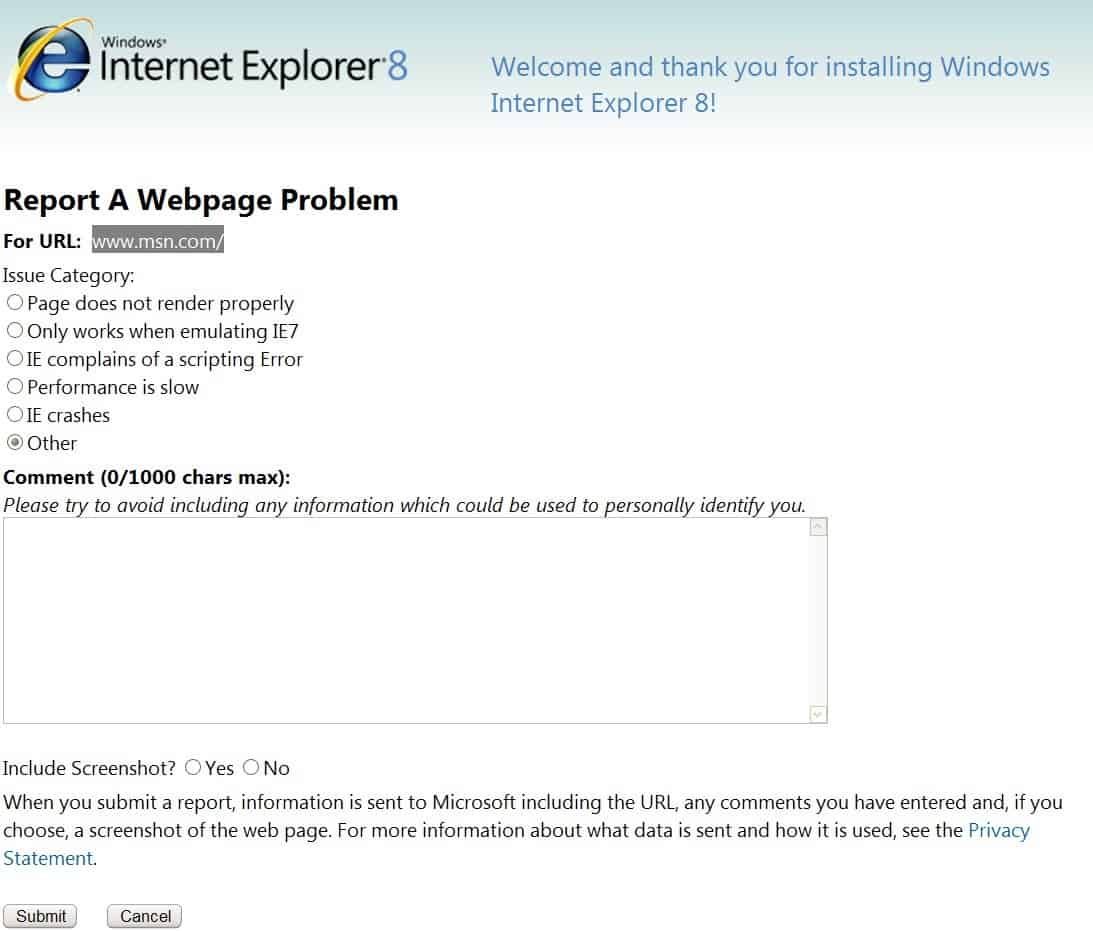 A click generates a screenshot of the current page automatically, and stores it in the temporary Internet files as ReportSiteIssueImage.bmp.

The form itself is made up of a comment box that allows for text up to a 1000 characters, and a issue category selector that you use to classify the problem as one of the following:

Additional data is send to Microsoft as stated in the Privacy Statement:

This Internet Explorer 8 add-on will definitely be helpful for users who are stuck with Internet Explorer and experience webpage problems. While there is no guarantee that Microsoft will fix all the issues that are reported, it is likely that major issues experienced by many users will be addressed in future updates of the browser.