Note: GMDesk has not been updated in a while and downloads are not offered anymore. The program won't work anymore because of changes that Google made to its services. This article is up only for informational purposes.

The applications that are currently supported are Google Mail, Google Calendar, Google Maps, Google Docs, Google Reader and Picasa Web Albums. Combining those Google apps into one easily accessible desktop application makes sense and it remains a mystery why Google never introduced anything like that on their own. 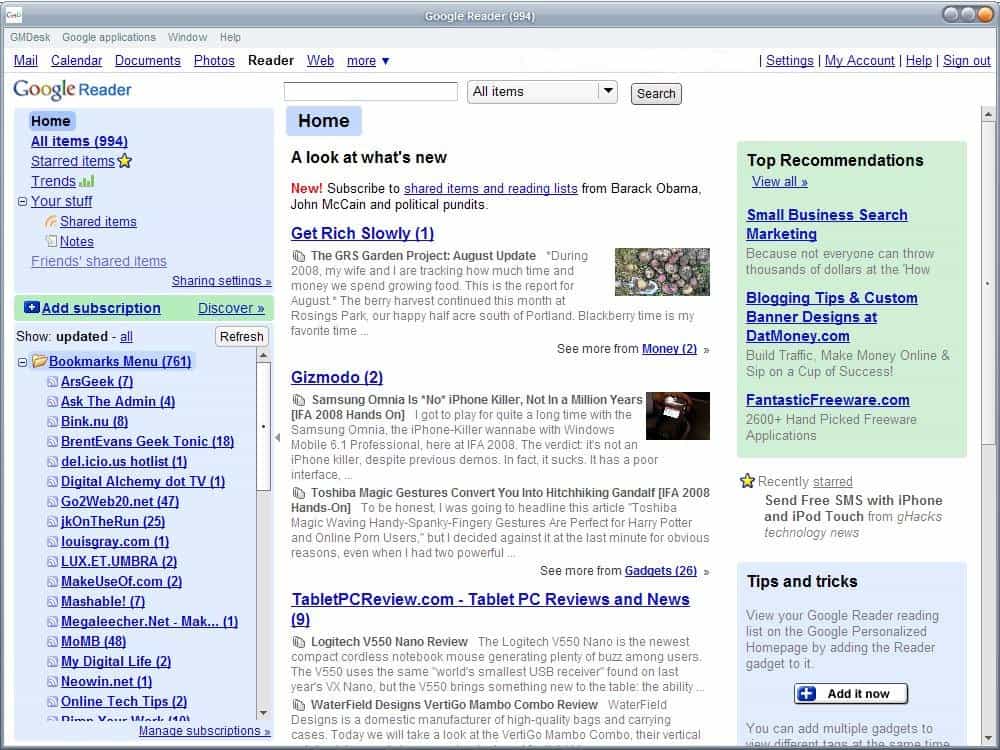 Since GMDesk is making use of Adobe Air it requires that the Adobe application is installed on the computer system before it can be installed as well. The Adobe Air application basically displays all included Google apps on the desktop. It usually starts with the login screen of Google Mail unless the user picks a different starting service in the program's options.

GMDesk can remember the username and password that has been used to log into one of the Google apps. Once logged in all other Google apps require no additional login process which means that it takes only a short time to switch applications.

Applications can be selected from the top menu or by using the keyboard shortcut CTRL [1-6] to bring the desired application to the front. There is no way to display more than one at the same time but every application is active and can be activated easily which feels like switching tabs in browsers when using several Google services at once.

GMDesk is a rather resource hungry Adobe Air application, it us using more than 60 Megabytes of computer memory and more than 70 Megabytes of virtual memory after login, that's quite a bit. It can be run on all operating systems that support Adobe Air which includes Microsoft Windows, Linux and Apple Mac.