There are actually several impressive programs out there that can be used as a replacement for commercial CD and DVD writing programs such as Nero Burning Rom.

They are interesting not only for users who do not want to buy commercial products but also for those that feel that those commercial applications have become so bloated with features that their responsiveness has gone down the hill.

The list of free CD and DVD burning software lists important applications that work well when it comes to core features like burning optical discs.

Those programs had to meet some requirements though. They had to be free, support the burning of CDs and DVDs at the very least,  support various disc image formats, the burning of files and folders, the creation of music CDs as well as video CDs and DVDs.

The requirements have reduced the field quite a bit because several applications support only a few of them. Burrrn for instance can burn audio CDs but not video CDs. It's an excellent program but it can't burn anything but audio CDs.

All three open fast and are very responsive to user input. Below is a short description of each program, its core capabilities and notes of interest. 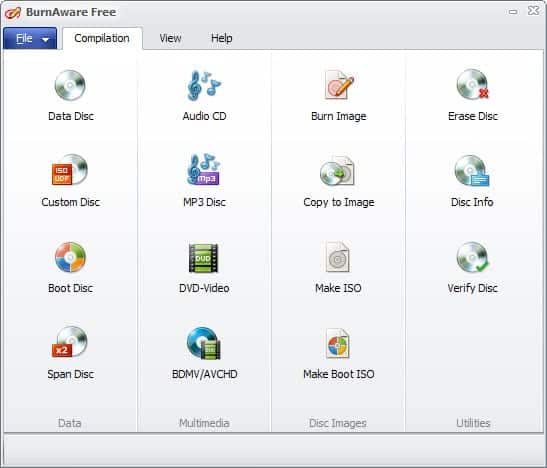 Note: The main installer includes adware offers brought to you by OpenCandy. The download page lists a free version without OpenCandy that you may want to download instead.

BurnAware Free is a powerful program for Windows that supports all major burn operations. It is limited to non-commercial use though so keep that in mind.

As far as features are concerned, it supports the burning of CD, DVD and Blu-Ray discs, the creation of data discs, audio CDs, video DVDs and the burning of popular disc image formats.

In addition to that, it can be used to create bootable discs, create ISO images and span data across multiple discs. 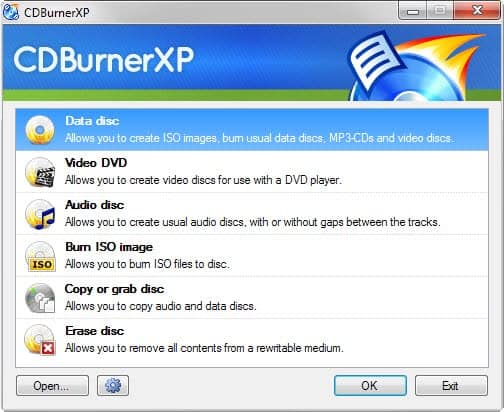 Note: The default installer includes Open Candy adware offers. We suggest you open the download page on the developer website and download a package without Open Candy or the portable version.

Supported are a wide variety of media from CD-R all the way up to Blu-Ray discs. It supports LightScribe, write verification, disc spanning and the creation of bootable discs.

The program's support for disc image formats is limited to ISO only unfortunately though. 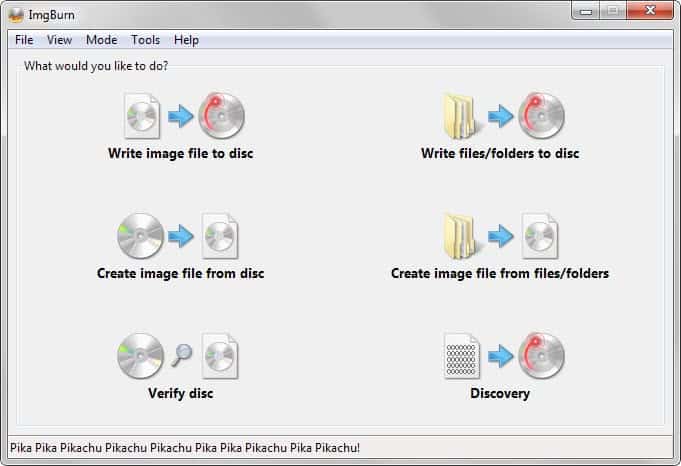 Note: ImgBurn includes adware offers in its installer. Make sure you skip those if you are not interested in them or download the portable version directly from Portable Freeware Collection instead.

ImgBurn supports every feature you'd expect a burn program to support and then some. It supports all recordable disc formats including Blu-Ray and all burn operations including audio and video discs, data discs and bootable discs. 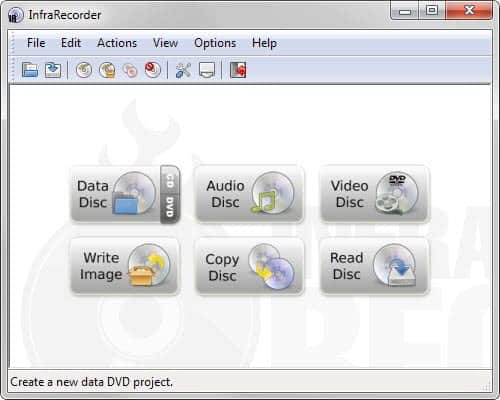 Infra Recorder is available as a portable version and installer. The program displays a wizard on start that displays the various burn options the program supports.

The program does not support Blu-Ray discs on the other hand but can read data from discs and save audio or data tracks to the local system.

I prefer to use ImgBurn as it supports the widest range of formats, disc image types and operations but all programs listed on this page work fine.

It depends in the end what you need the program for. If you only burn ISO images or no disc image formats at all, then you may not need ImgBurn and can select a different program instead from the list.

Three of the four programs ship with adware offers, at least when you use the main installer offered on the project website. Alternative installers or portable versions are provided for all though and it is recommended to use those instead.