If you do not want to get rid of the full game I'm showing you how you can at least get rid of the intro movies that may look great when you start Unreal Tournament 3 for the first time but become a nuisance soon after. The following hack is actually one that you can use to disable intro movies for many games provided they separate movies into different files and place them in a directory on your hard drive.

You do find the six intro movies of Unreal Tournament 3 in the UTGame Movies directory. They all have the extension bik which is being used by the Bink movie format. Anyway, locate the following file names in that directory Copyright_pc.bik, EpicLogo.bik, Intel_Duo_logo.bik,Midwaylogo.bik, Nvidia_pc.bik and UE3_logo.bik.

Now rename all of those six files, you could for example replace bik with bak so that you know that these are backups in case something goes wrong. Once you have renamed the original files create six new files using the original names. Just create a new text document and name it accordingly.

If you start Unreal Tournament 3 afterwards you will notice that the intro movies are skipped and that you jump right into the main menu. 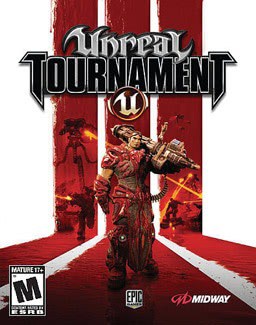 I think the game, and other UT games after the excellent UT99, were rather disappointing. Sure, you had nice graphics and beautiful effects but the thrilling game play that made UT99 one of the best competitive games ever was missing. That's probably one of the reasons why Epic did not create that many UT games after UT3.

I wish they would have created a worthy successor of the first Unreal Tournament game instead, without vehicles and big maps that are less than ideal for competitive play. UT 2003 has been my last game from the company and I never ever looked back. It was such a disappointment that split the thriving UT scene which quickly scattered and turned to other games.

Martin Brinkmann is a journalist from Germany who founded Ghacks Technology News Back in 2005. He is passionate about all things tech and knows the Internet and computers like the back of his hand. You can follow Martin on Facebook or Twitter
View all posts by Martin Brinkmann →
Previous Post: « Weekend Fun Covert Front
Next Post: Entertaining Jigsaw Puzzles for Christmas »