My four year old nephew likes to play jigsaw puzzles and I also began teaching him computer basics. He already knows how to move the mouse, click and drag objects and install Linux on a computer. (just kidding about the last one). He does very well and I thought it would be nice to play some jigsaw puzzles with him on the computer so that he would get used to mouse movement and ways of interacting with the screen and game.

The Jigetiser jigsaw puzzles use 18 different Christmas themed pictures for you to play with. Each puzzle can be played in one of five difficulty levels.

The first two difficulty levels use only a few big tiles and are perfect for children of age 4+ I think. The other three difficulties are for advanced users who have some time at their disposal. The tiles are smaller and of course, there are more tiles.

The preview image will not be available on the last difficulty level as well, while all others show a preview image. 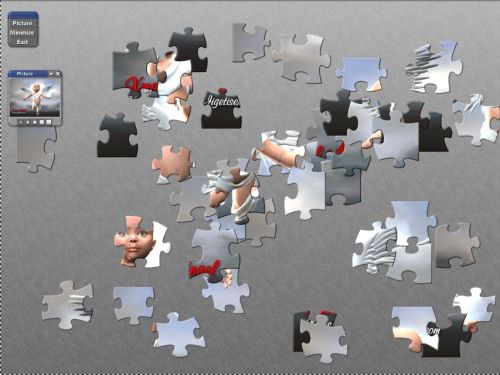 All 18 jigsaw puzzles offer family friendly pictures. The only distracting element is the advertisement on top and in the jigsaw puzzle itself. Still, the look and feel of this jigsaw puzzle game for the computer is very nice. And best of all, my nephew likes it. 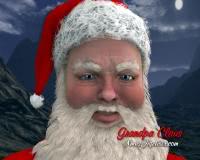 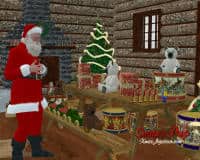 Update: The official website seems to be offline. you can download the jigsaw puzzle from our server. We have uploaded the latest working version to it, so that you can still enjoy the game if you like to.

We have virus checked the file and it is clean. We are not responsible for it though, and do not support it in any way.