Covert Front is an 'Escape the Room' game with beautiful graphics and nice sound effects. The gameplay is similar to point and click adventures where you have to find items and objects and combine them with each other to proceed in the game. The setting of the game is the beginning 20th century using an alternate time-line.

The first World War began in 1901 and the player steps into the role of an agent named Kara who has to investigate the disappearance of General von Toten in 1904. The first two parts of this episodic game have already been released and can be played on the web.

The two remaining parts will be soon released as well completing the series. 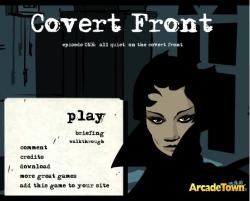 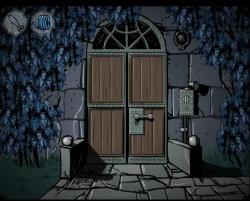 It is relatively hard to spot some of the objects that you are supposed to find. The first part takes roughly ten minutes to complete if you are used to playing games like this one. It might take longer if you get stuck.

Update: All four episodes of Cover Front have been released. Their titles are:

You can play each episode in order on the official project website. Please note that it is an episodic game which means that each episode builds up on the last one. It is therefor highly recommended to start with episode 1 and work your way through it before you play the second, third and finally the fourth episode of the game.

Walkthroughs in various languages are available for each episode which you can look through if you are stuck, and it is very likely that you will get stuck every now and then in the game due to the nature of how it works.