You have to hurry if you want to grab the game Space Interceptor because it is a budget game which is available for free today at the Game Giveaway of the day website. The normal price of the game is $19.99 and you can download it free today without registering somewhere or giving away personal information.

The game is a little bit larger than the usual games that I select for the Weekend Fun series. It is roughly 400 Megabytes in size and comes with excellent graphics and gameplay. It it basically a space shooter which can be compared to games like Wing Commander or Privateer although the game mechanics of Space Interceptor are more limited.

Missions are automatically assigned and involve either space fights or land based fights with your space ship which can be upgraded by researching new weapons, defense systems or engines. The gameplay is exactly the type of gameplay that I like. Just fire up the game, hop into a mission, play that mission for some time, have lots of fun and quit the game afterwards.

Enemies range from space fighters, bombers to battleships and ground units such as walkers, turrets and tanks. There is an invisible boundary though that makes it impossible to fly to high for instance which is sometimes a bit frustrating because enemies can apparently fly in that zone.

There is no need to study 28 keyboard shortcuts this is a straightforward shooter that is fun to play. You only need the mouse to navigate and command your space ship. Take a look at the screenshots and make sure you grab and install it before the offer runs out. It is very important that you install the game today because it seems that a check is performed that activates the game only during that day.

It was developed by Merscom LLC, if you happen to miss this opportunity you could still visit the website of the developer and buy it there. 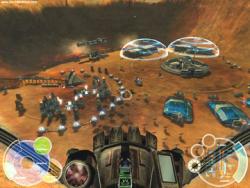 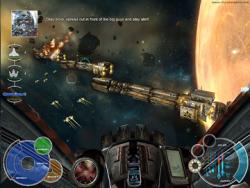 Update: The giveaway is over and the game is once again only available as a commercial game that you need to purchase before you can play it.