What is going on in Southpark right now? After the highly successful World of Warcraft Episode the producers published a second episode that is centered around entertainment technology. Cartman longs for the Nintendo Wii and does not want to wait the three weeks until it will be released in the United States.

He comes to the conclusion that deep freezing himself is the only solution to make the wait time pass by faster. The plan goes terribly wrong, but see for yourself.

The original Southpark episode is no longer available on the video hosting site it was uploaded to. That's however not a big issue as the owners of the Southpark franchise have created a website for the television series where all past episodes can be watched directly online.

Just visit Southpark Studios and select the Southpark episodes that you are interested. Keep in mind that depending on the region you are living in you may be redirected to a localized website where the episodes can be watched online in the regional language. 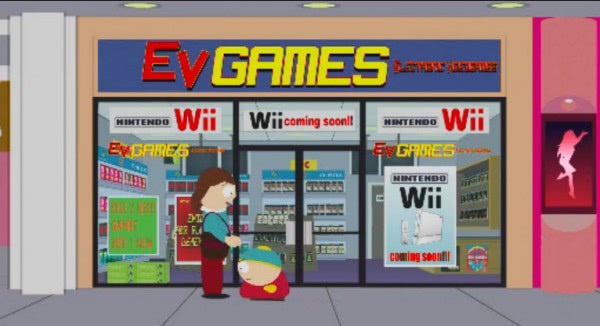 The episode that you are looking for in this particular case is Southpark Season 10 God is Dead. The best way to find it is to enter Nintendo Wii into the search at the top which should display it as one of the search results. Just click on the link there to watch the full Southpark episode on the official website. Note that there are two episodes of God is Dead and that you should watch both for the full experience.