Southpark goes World of Warcraft - many people think this is the best Southpark episode ever. You watch our Southpark heroes play characters on the alliance side of World of Warcraft which confirms again that only kids are playing alliance in the game, hehe. It's the complete episode so rejoice and take your time to watch it, a must see for everyone who is playing World of Warcraft or loves Southpark.

A high level player is killing them over and over again and they decide to level their characters killing bores more than seven weeks to match his level. The grinding takes a toll on them and you will see how they let themselves go in that time. The kids become real fat and unwashed, and while I would not say that this is characteristic for all World of Warcraft players who take the game a bit too far, it certainly highlights that computer game addiction may cause neglect of other areas of life.

SP 1008 - Make Love, not Warcraft
The episode is unfortunately no longer available on video hosting websites. Thankfully though, the Southpark crew has created their own website on the Internet were all past Southpark episodes can be watched online and without restrictions. 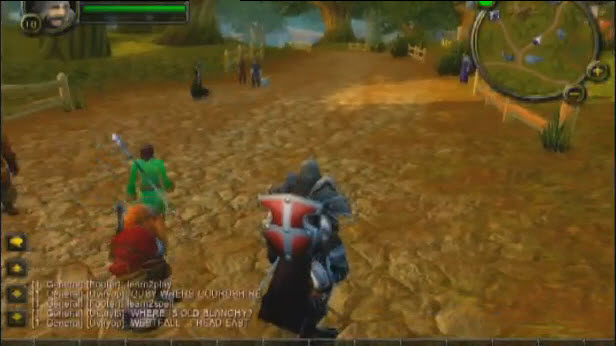 Just head over to South Park Studios right now to watch the episodes and clips there. Depending on your location in the world, you may be automatically redirected to a localized version of the web page. German users are for instance automatically redirected to southpark.de where they can watch all episodes in German online. If you want to watch the episodes in English, you need to use a proxy server or virtual private network to bypass the restrictions to stay on the English site.
Update: You can now switch to English in foreign language versions of the website.
Advertisement