2023 could become a major year for the open source Thunderbird email client. The team plans to launch a modernized client for the supported desktop systems, without removing functionality or dumbing it down, and to launch Thunderbird for Android officially.

One of the cornerstones in 2023 is support for synchronization between Thunderbird clients. The system is based on Firefox Sync, which Mozilla uses in Firefox to synchronize passwords, bookmarks, open tabs and other user data between installations.

The Thunderbird team has integrated Sync into the latest Daily version of the email client. Interested users may download it from the Mozilla FTP server.

It is recommended to install Thunderbird Daily in a different directory as any regular installation on the device to keep the two separate. The default installation path should be different.

Once installed, select Settings and then Sync. There you find a short description of the functionality and the option to sign-in. Sync requires a Firefox Account, but future versions will support self-hosting as well as using online storage from providers such as NextCloud for the syncing.

The process needs a bit of polishing, as the sign-in / create an account page refers to Firefox and not to Thunderbird. 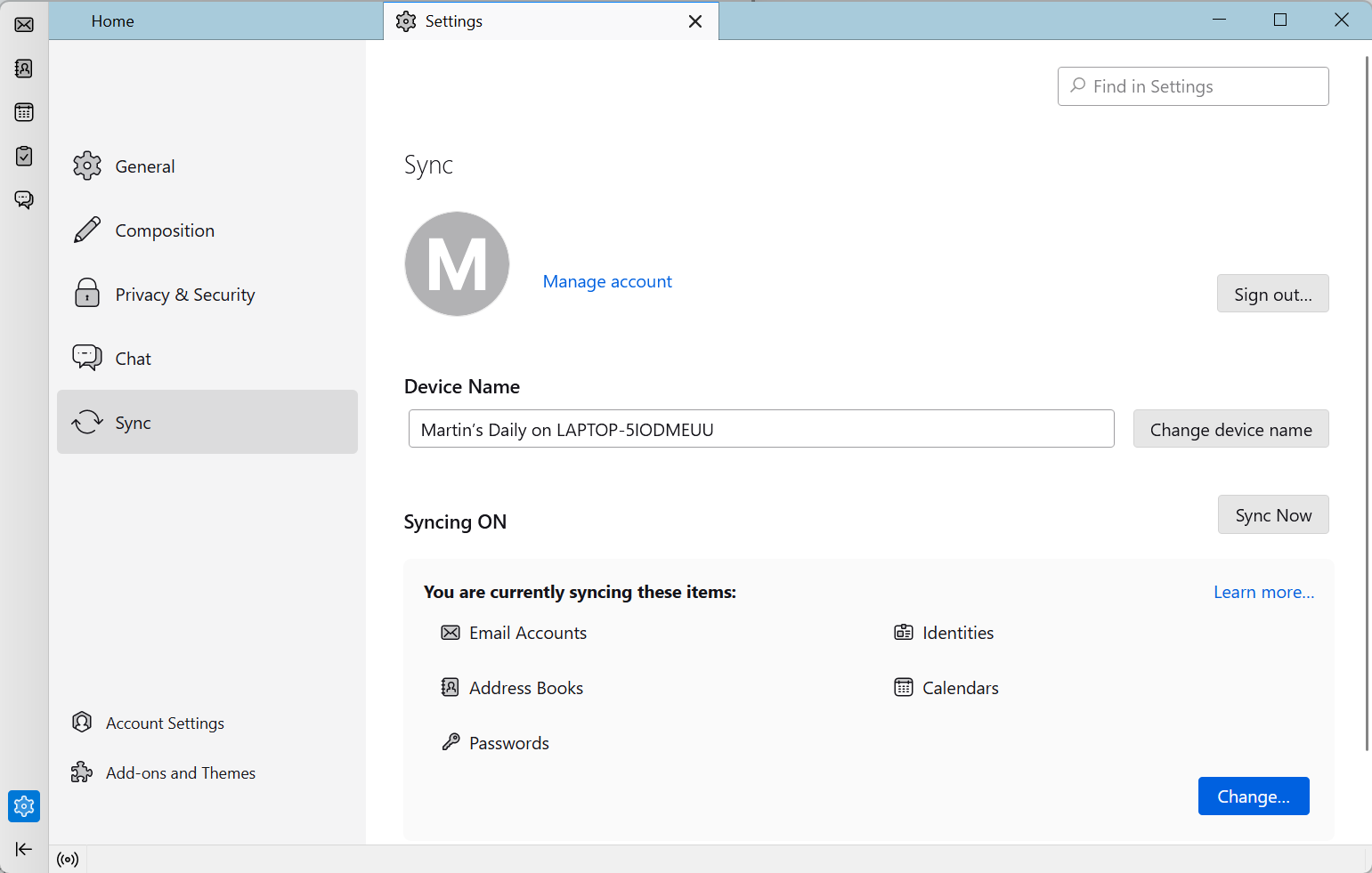 Once signed-in, Thunderbird will sync all supported items by default. These can be changed immediately with a click on the change button. All five items that are supported in the development build can be disabled individually.

The change button displays a disconnect option as well to sign-out of the Firefox account and stop syncing using it.

The next step is to sign-in to Thunderbird on other devices, as syncing is only useful if at least two Thunderbird instances are configured to sync data.

Sync functionality is a major feature addition to Thunderbird. It is good to see that the development team is working on support for other sync providers, including self-hosted solutions.

There is no official ETA on the feature in Thunderbird Stable.

Now You: do you use Thunderbird?

Thunderbird 102.6.0 is a security and bug fix update