Microsoft Authenticator for watchOS is being discontinued

The Microsoft Authenticator app for watchOS is being discontinued. The company claims that the app is not compatible with some security features. 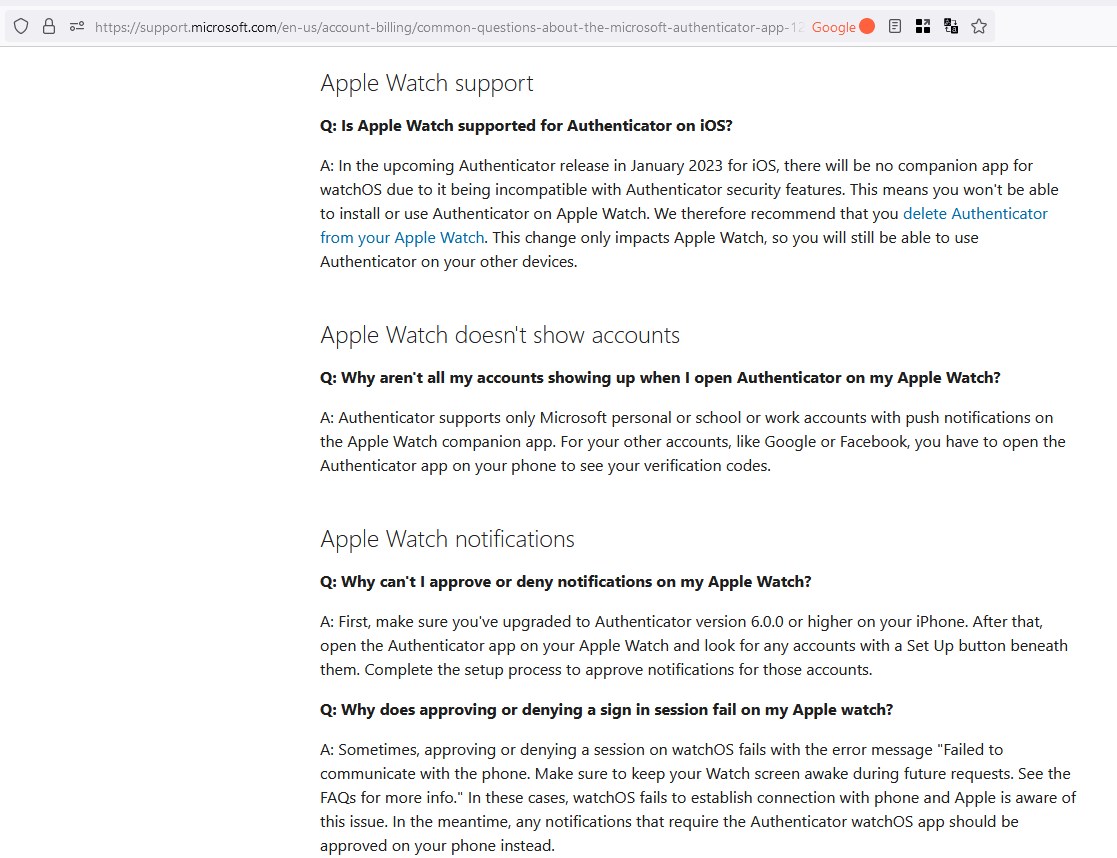 Microsoft Authenticator for watchOS will stop working in January

According to a support page on the company's website, Microsoft Authenticator for iOS will get an update in January 2023. This version will end support for the Authenticator companion app on watchOS. The tech giant is advising users to uninstall the app from their Apple Watch.

As for the reason given by the company, the companion app for watchOS is not compliant with Microsoft Authenticator's security features.  That is one bizarre explanation, since it doesn't really tell you anything about the decision to remove support for the app. What could be the real reason?

The Redmond company recently announced support for Number Matching for the Microsoft Authenticator app. When this security feature is enabled on a website, and a user tries to log in to their account on said site, they will see a number displayed on the web page. The Microsoft Authenticator app on your phone will prompt you to enter the same number in the app, to confirm that it is you who are trying to sign in. This is an anti-phishing method to protect user accounts. 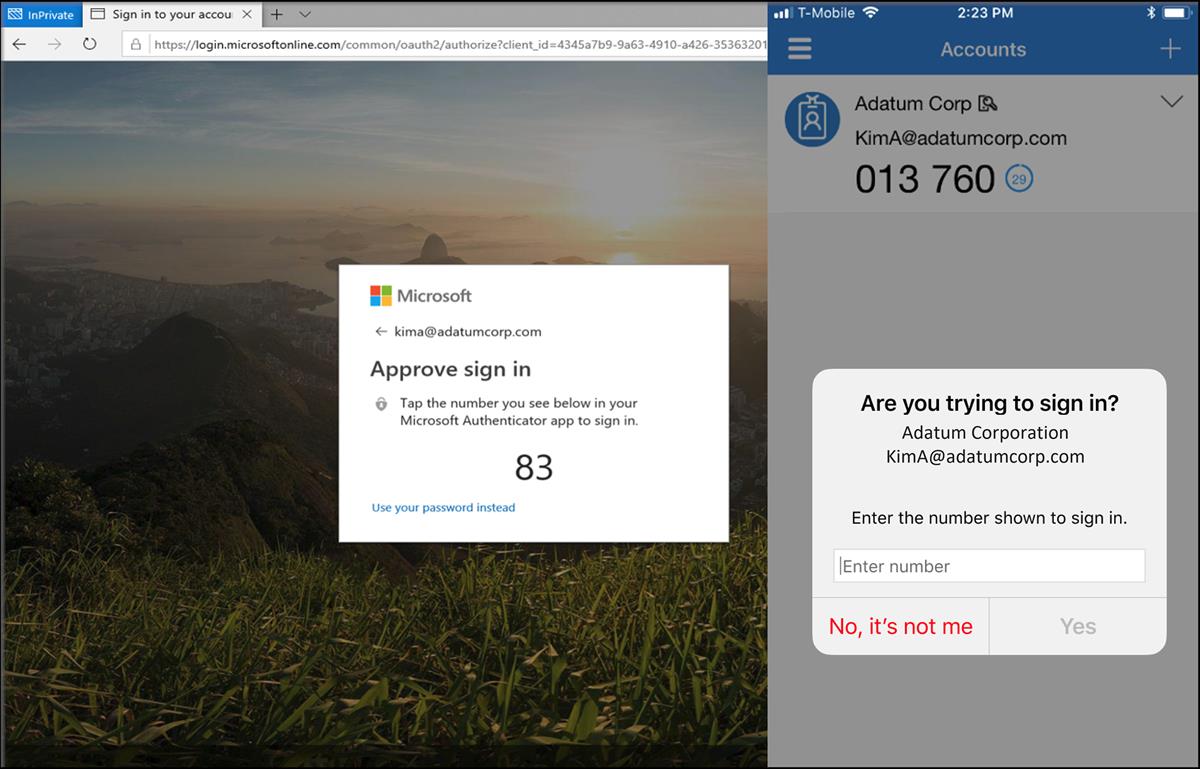 And then we have the Location Context feature for passwordless accounts. With this protocol configured for user accounts, notifications that arrive in the Microsoft Authenticator app will display the geographical location to indicate where the login request was made from. The user can verify the information, and key in the number to approve the sign in, or reject it if it was made from a remote location. These options are usually used for enterprise accounts. 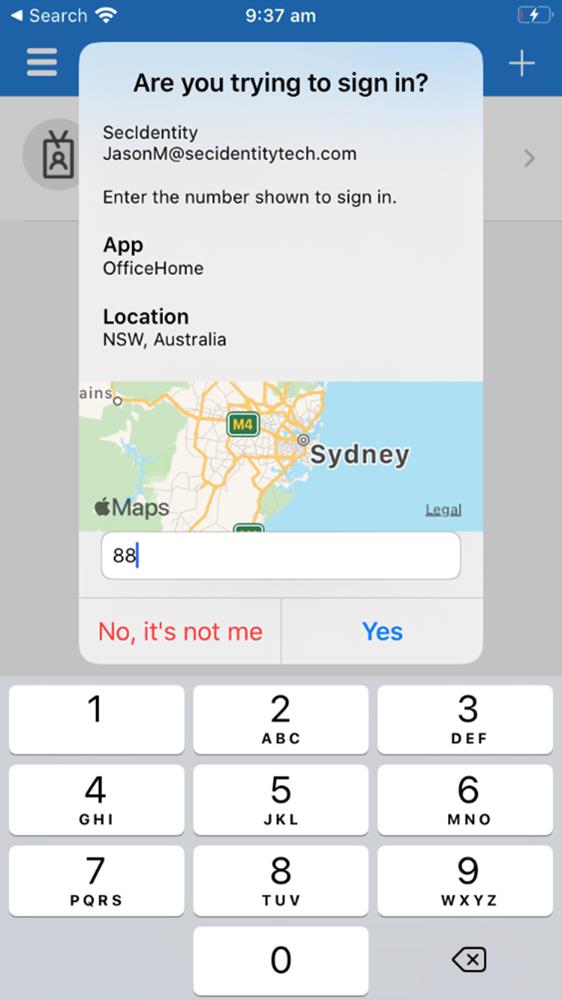 That's neat, but what do these features have to do with Microsoft Authenticator ending support for the Apple Watch? Some users seem to think that these are the reasons why the app is being pulled from the wearable. That's quite logical, and the support page that I linked to, does mention some limitations regarding advanced notifications for enterprise users.

The Apple Watch, being a small device, obviously does not have the screen real estate to display a full numeric keypad (as seen in the screenshot) on its face.  Users won't be able to input the numbers on their watch if the keyboard doesn't appear properly on the screen. This might explain why the app is being pulled from the wearable. Of course, Microsoft could have chosen to optimize the app by displaying a compact version of the numerical keypad, but maybe there were other technical complications. I wouldn't be surprised if the app makes a comeback, like SwiftKey Keyboard's return to the iOS App Store, this really depends on how popular the app is. 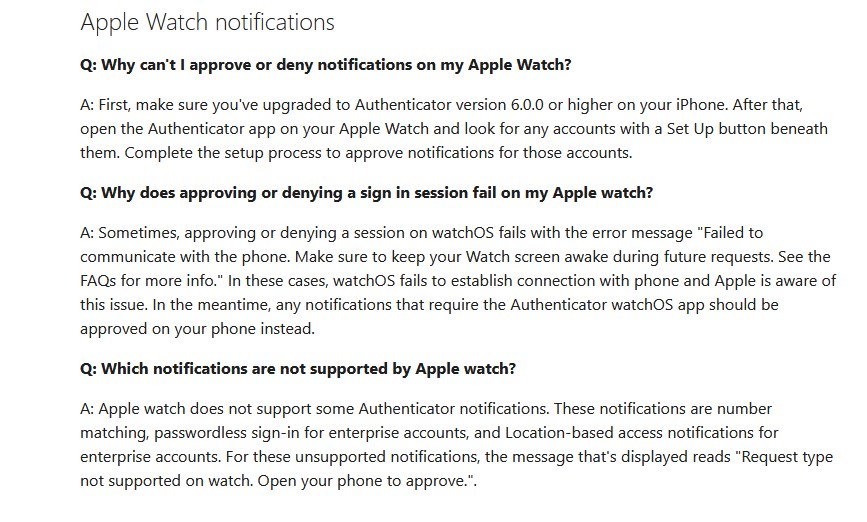 Microsoft is recommending users to switch to its Authenticator on other devices, such as iPhones and iPads. Instead of tapping approve on your watch, you will now need to unlock your phone (with FaceID or PIN), tap the notification, and approve the login request. The extra steps make it slightly inconvenient to use.

Personally, I use Raivo OTP on iOS, but it doesn't have an Apple Watch app. The consensus on the popular alternative for Microsoft Authenticator app for watchOS seems to be OTP Auth. I haven't tried it, so I can't really comment about its quality, I'm merely mentioning it here to make your search a bit easier. The app in question doesn't appear to have been updated in over a year.

Do you use Microsoft Authenticator on your Apple Watch?