Microsoft has released a new update for its SwiftKey keyboard for iOS. This is the first update that the app has received in well over a year. 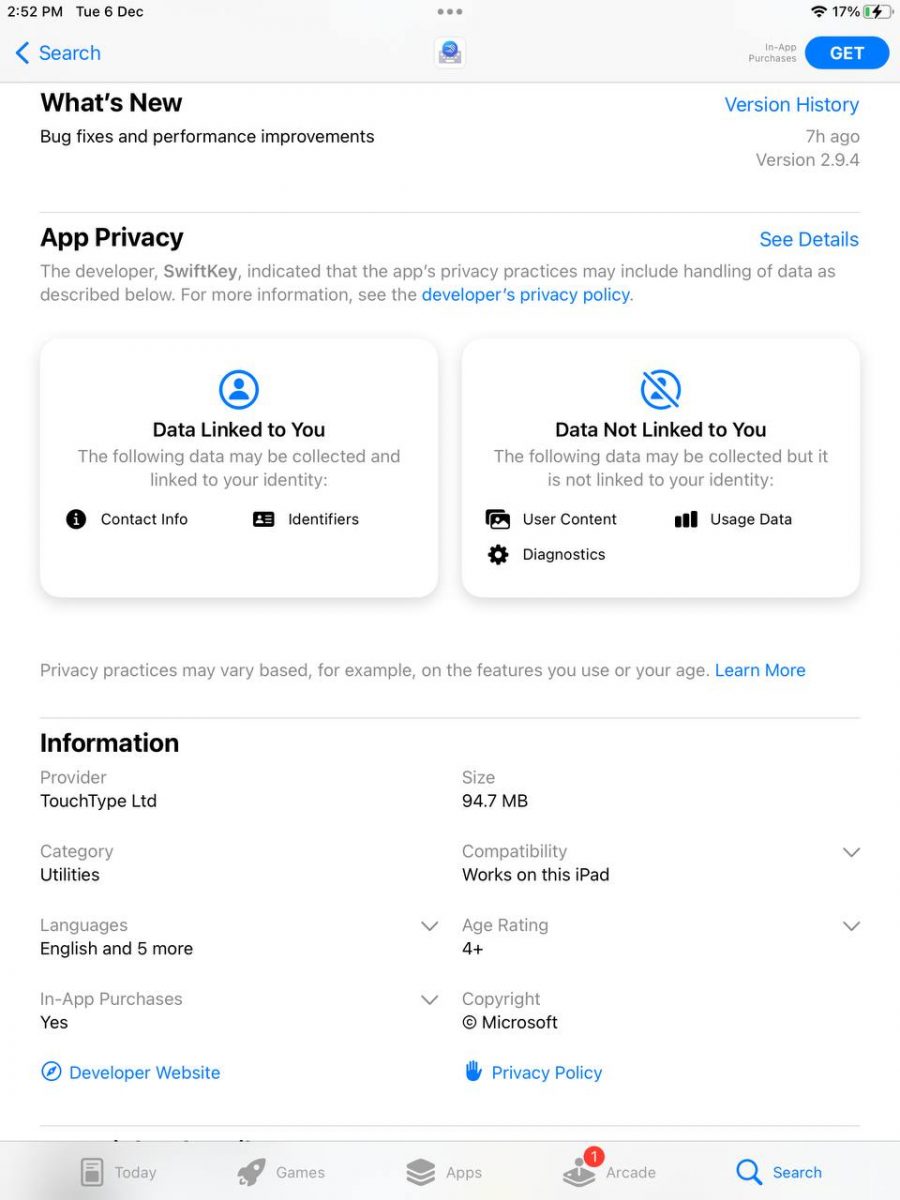 SwiftKey for iOS updated to version 2.9.4

There was some drama surrounding the popular keyboard app in October, when Microsoft announced that it would end support for SwiftKey on iOS. True to its word, the Redmond company pulled the plug on it by delisting it from the App Store, and thus prevented it from being downloaded on new devices or fresh installations of iOS and iPadOS. This also meant that users were stuck with Apple's default iOS keyboard, and I'm not going to mince words when I say that the app is hot garbage when it comes to predicting text and autocorrecting typos. This becomes even more of a problem if you use multiple languages. Google's Gboard app for iOS isn't particularly impressive either.

So it wasn't exactly a surprise to see SwiftKey's users request the software giant to restore their favorite keyboard app back on Apple's storefront. A few weeks ago, Microsoft finally acknowledged that based on popular demand that it received from users, it was bringing SwiftKey back from the dead. However, the restored version on the App Store was not exactly up to the standard that users had anticipated, as it was still the buggy one that was released more than a year ago. To be precise, the previous version of SwiftKey, which was 2.9.2, rolled out to users on 11th August 2021. 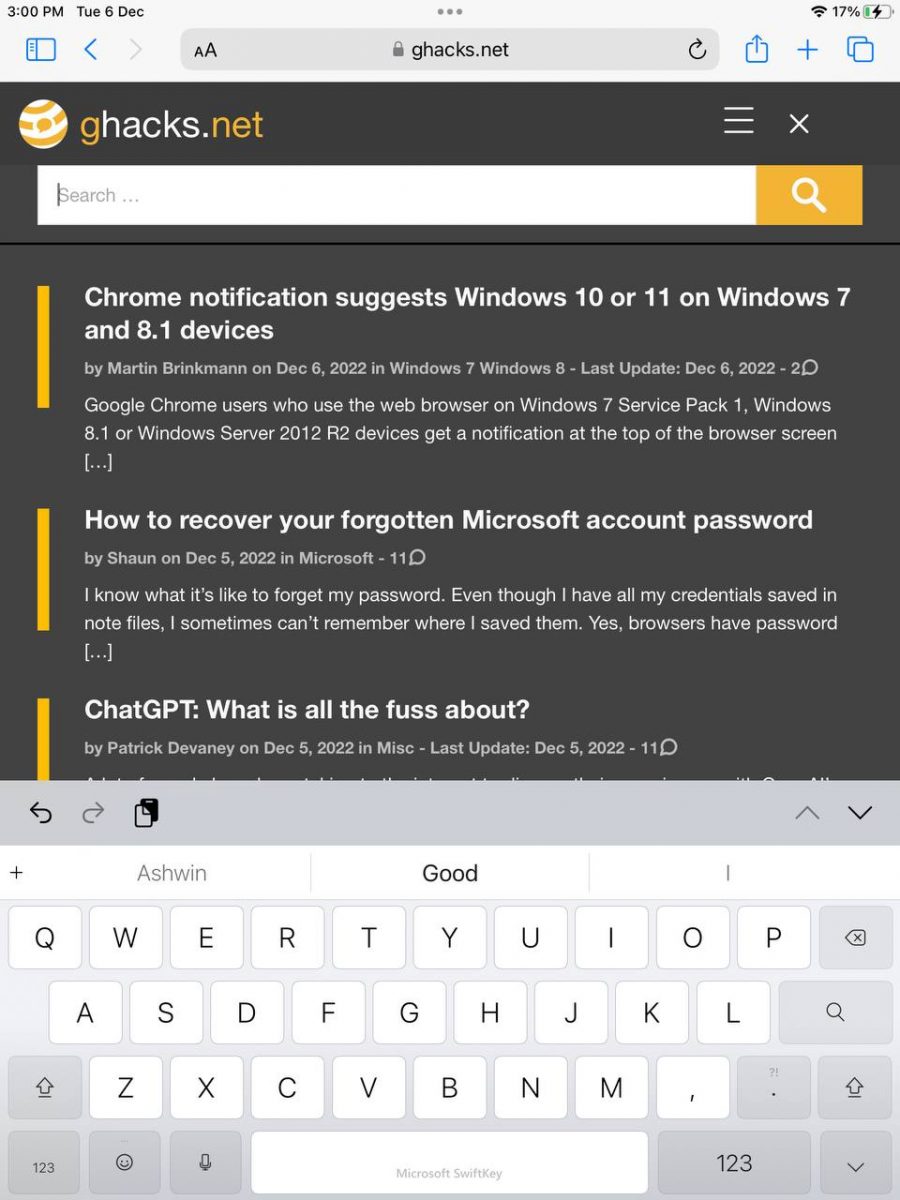 Microsoft's executives who are in charge of SwiftKey reassured users that they would continue supporting the app, and told them to expect an update in the future. Well, it's here already. SwiftKey for iOS version 2.9.4 is now available on the iOS App Store. The change log for the update is not very descriptive, it just mentions that the latest version contains "Bug fixes and performance improvements". This has become a meme, why do developers even bother including a release note like that?

Jokes aside, I was curious to see what bugs the update has fixed. If you read my previous coverage, you may be aware that SwiftKey was not allowing users to log in to their account. This meant that you could not sync your dictionary to the cloud, so you could lose access to your data. Vishnu Nath, the Vice President & General Manger of the Office Product Group and SwiftKey, explained on Twitter, that SwiftKey Keyboard 2.9.4 includes a fix for the Microsoft account bug. I can confirm that I am able to sign in to my account on my iPad and an iPhone. 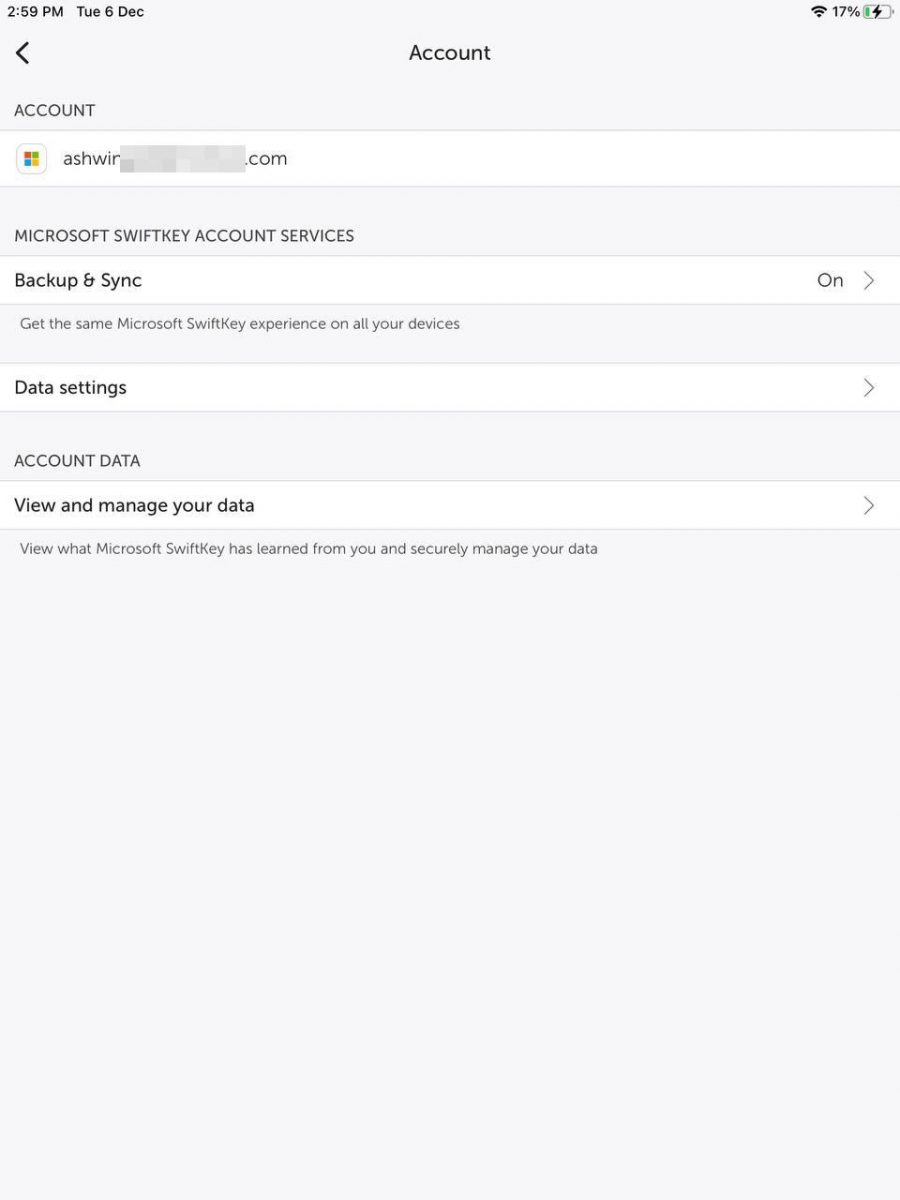 Download SwiftKey for iOS version 2.9.4 from the App Store.

Hopefully, this update is just the first of many to come, and we will see some proper feature drops for SwiftKey in the future. While the app is good, but it's nowhere nearly as rich as the Android version. That is likely due to the limited APIs which Apple has made available for third-party keyboards on iOS.

Have you run into any bugs in SwiftKey 2.9.4, or has it fixed some previous issues that you had experienced?

Previous Post: « Google adds support for end-to-end encryption for group chats in Messages
Next Post: « Telegram now lets users sign up without a phone number, but only if you pay using cryptocurrency