Thousands of Firefox users reported crashes of the Firefox web browser to Mozilla, the maker of the browser. The, often angry user comments, all reported that Firefox had crashed out of a sudden on Windows machines. 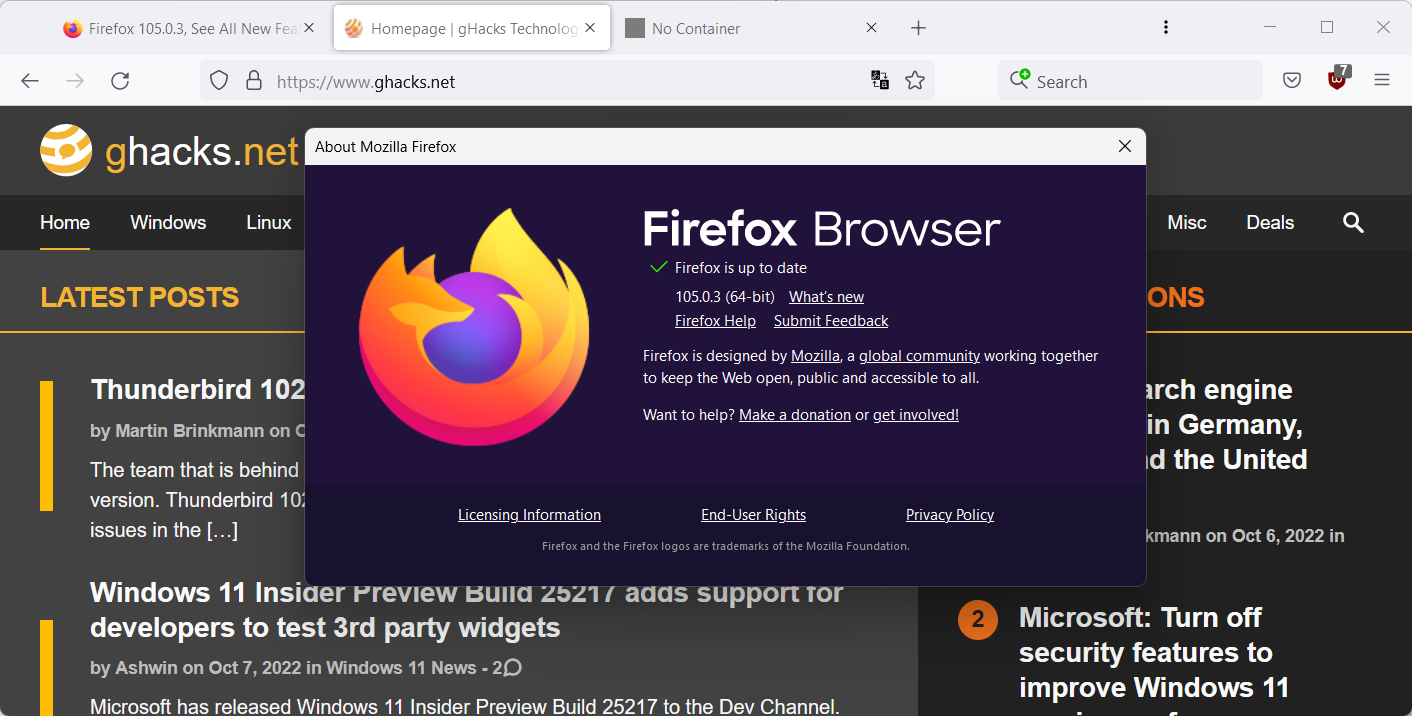 Mozilla started its investigation and discovered, rather quickly, that Avast software was the culprit. Avast, maker of security products, is a popular choice when it comes to third-party antivirus protections on Windows.

It became clear quickly that the issue affected all versions of Microsoft's Windows operating system on which certain versions of the Avast Antivirus software were installed on. The issue in Avast software was critical, as it was the causing the top 5 desktop browser crashes on Windows on release, and the top 20 desktop browser crashes on release.

Antivirus applications are notorious for interfering with legitimate applications on Windows machines. In this particular case, it appears that Avast versions 18.0.1473.0 and older are causing the crashes of the Firefox web browser.

Mozilla decided to block Avast's DLL files using Firefox's DLL blocklist file to stop the crashes from happening. An update to Firefox 105.0.3 is available already, which includes the new entry to the blocklist.

The new version of Firefox Stable addresses just the one issue. According to it, the crashes may also be caused by AVG Antivirus software. Avast acquired AVG in 2016 and has since then brought antivirus products closer together.

Firefox users who run Avast or AVG software may want to update the Firefox web browser to the latest stable release right away. They may also want to check for Avast or AVG updates as well to make sure the latest versions of the security applications are run on the system.

Firefox users may select Menu > Help > About Firefox to update. If the browser does not open, they may download Firefox from the Mozilla website instead to install the update.

Issues like these may see numerous users migrate to another browser, with a good chance that they are lost for the foreseeable future.

Mozilla reacted very quickly to the issue, which is commendable.

Now You: when was the last time you experienced crashes in programs that you use?