Total Commander has been the favorite file manager of many users for decades. It's no surprise that it has been the inspiration for many clones. 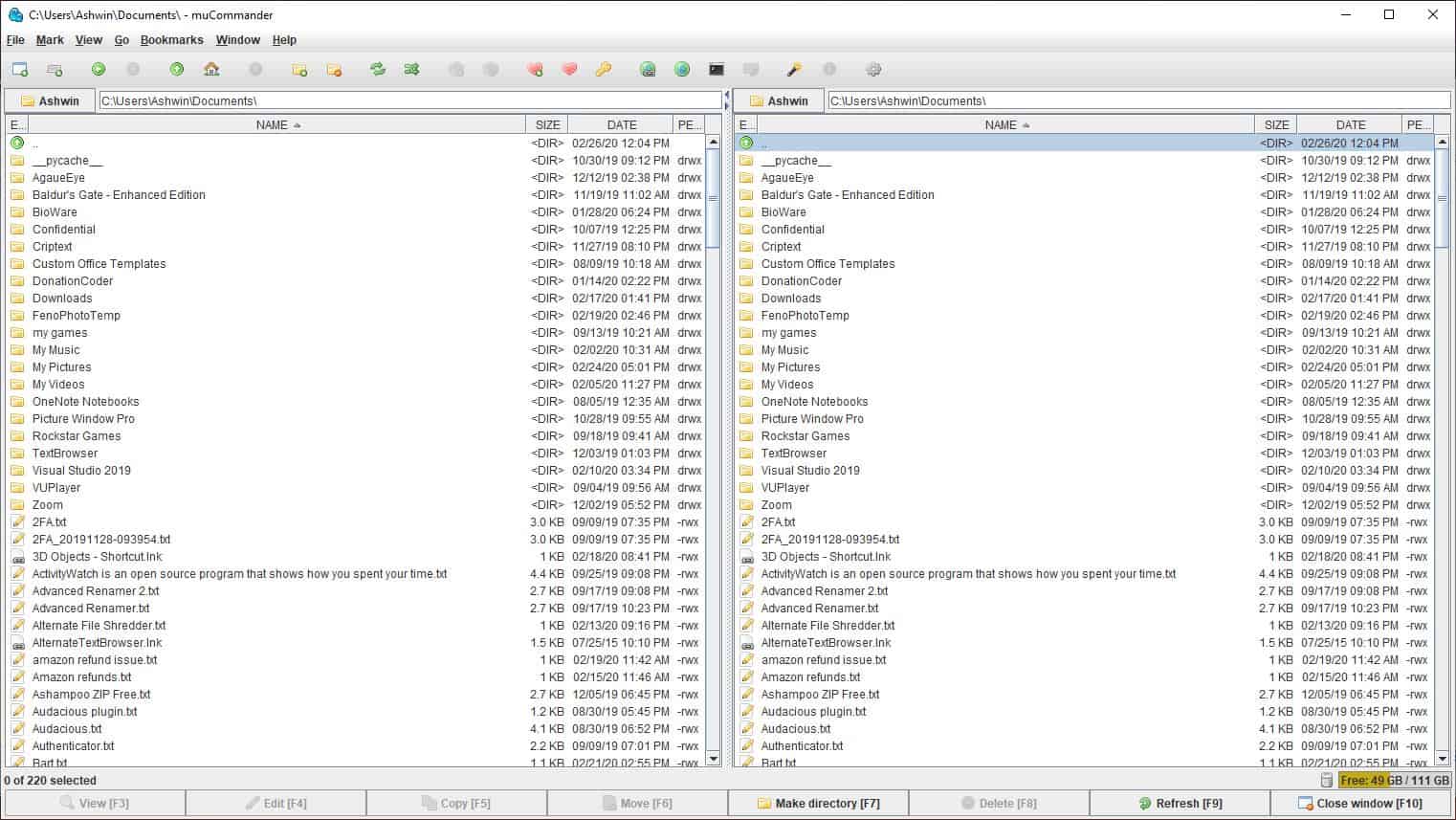 muCommander is one of these, and happens to be an open source alternative. The program is available for macOS, Windows, and Linux.

Here's a comparison of the interfaces of Total Commander and muCommander. The latter's GUI is perhaps a bit easier on the eyes, that's probably due to the theme and the icons on the toolbar. 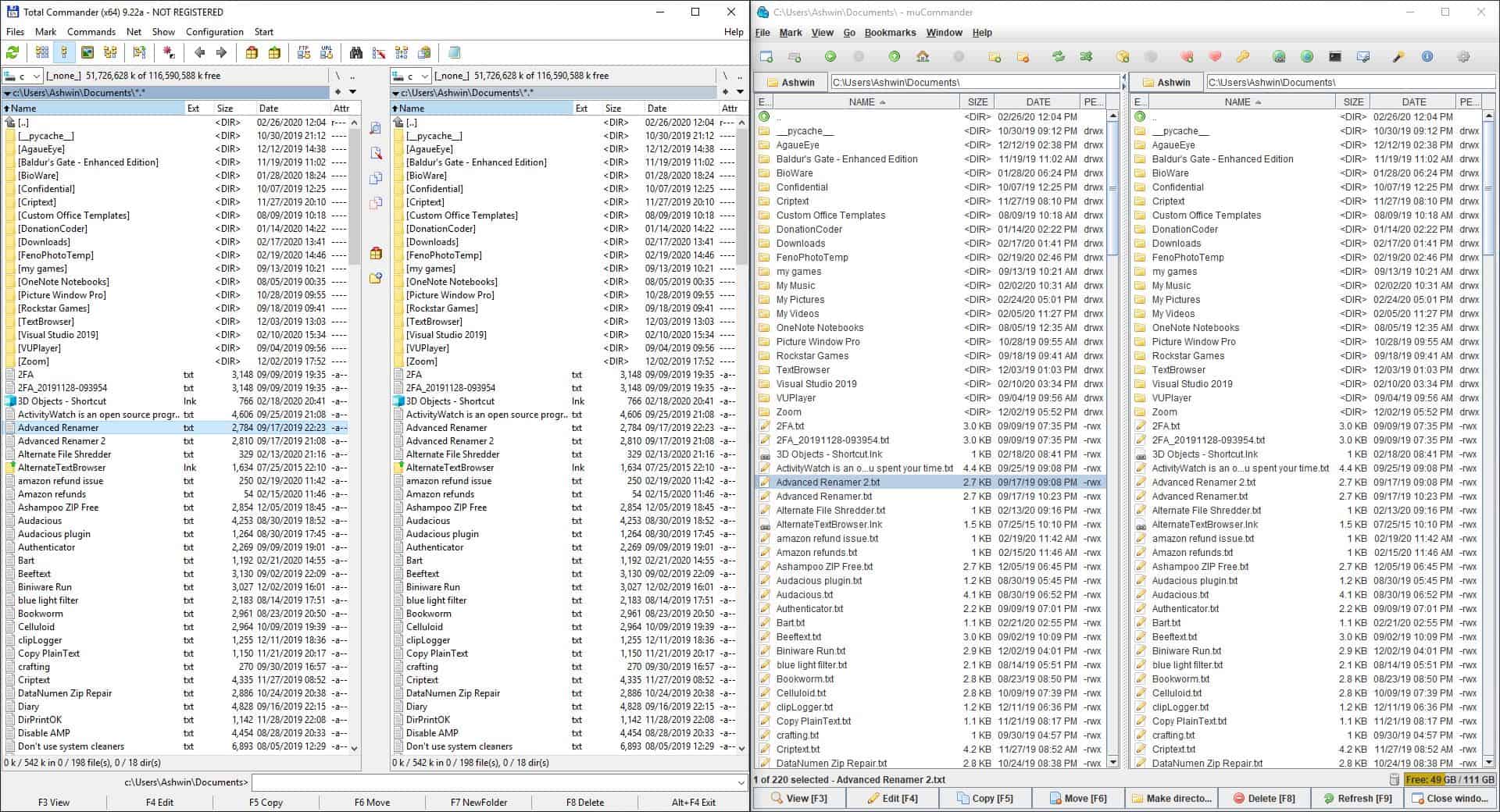 But it's the features that are important. muCommander has a two-pane interface, obviously. You can switch to a horizontal view from the Window menu. Not a fan of the dual-pane view? Switch to the single pane mode. There is an optional tree view that can be enabled as well. An address bar is available at the top of each pane, to the left of which is a drive switcher menu button.

There are five columns displayed in the interface: Extensions (which is the icon column on the left edge), file name, size, Date, Permissions. These can be toggled from the View menu's Show/Hide Columns. Drag and drop a column to rearrange the order.

Right-clicking inside the interface brings up a context menu that's used for opening files in their default handler, or load the location in Explorer. You can also use the menu to copy files, or just the file names, base names or the path of the files. Working with a bunch of files or folders? Use the mark and unmark options, there are mark all and unmark all menu items too. One useful feature here is the "Change Permissions" options that lets you set the Read, Write and Executable permission for each file and folder on a per-user or group basis. 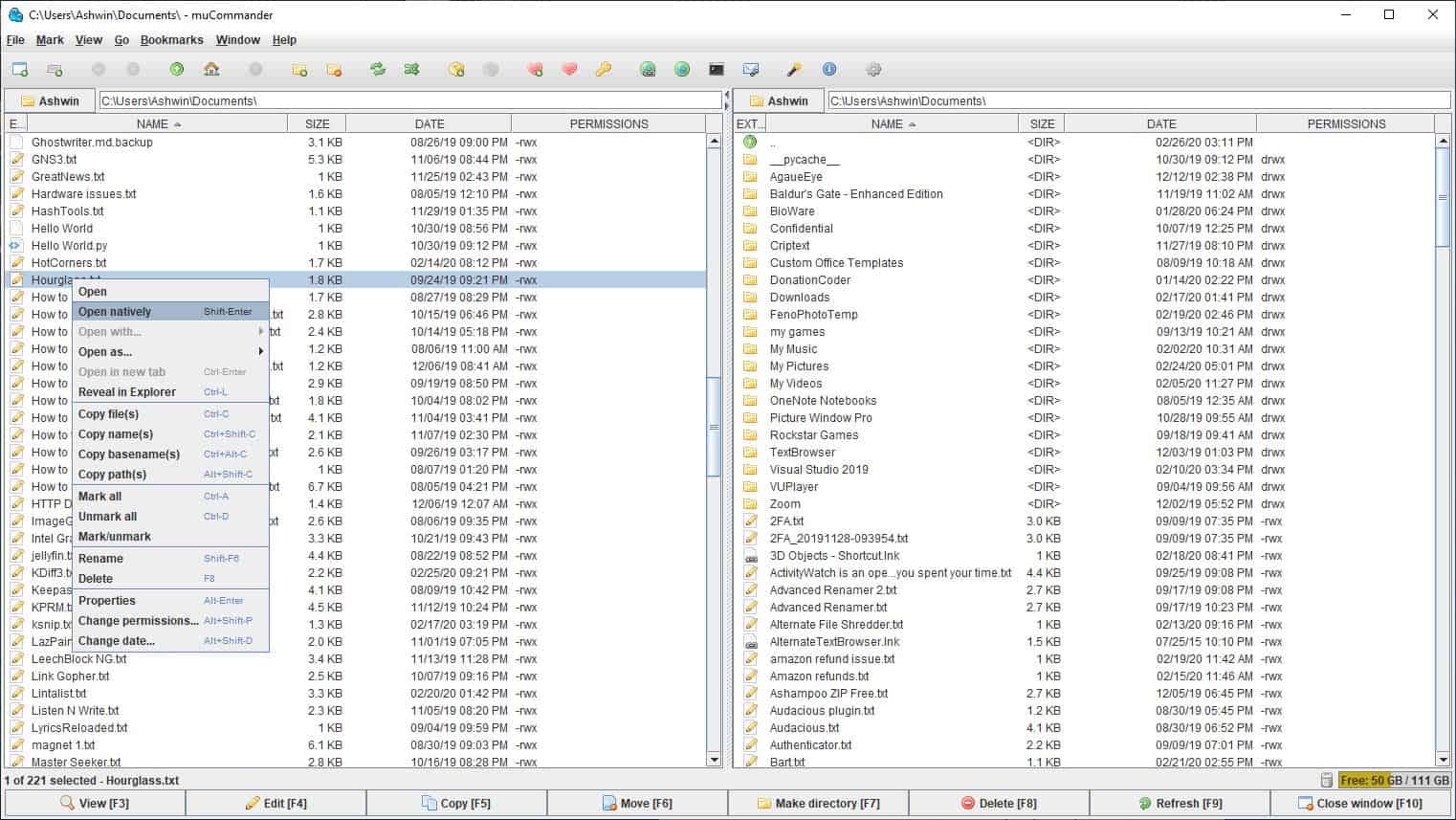 The program has an archiver tool built-in that you can use to pack ZIP, TAR, GZip, BZip2 formats. Unpacking support includes 7z, RAR among other popular formats. The File Menu has a checksum value checker tool, a file splitter and joiner, and a batch rename utility.

The application remembers the previous session and opens the last accessed folders when you start it again. This behavior can be changed from the Preferences. muCommander can be used to setup and connect to your FTP, SMB, SFTP, S3, HTTP, HDFS, NFS, VSPHERE servers. You may also email files directly from the application. Bookmarks can be added to quickly jump to your favorite folders.

The command bar at the bottom displays some functions that you can access, these can also be used by using the hotkeys F3-F10. muCommander features a built-in text and image viewer that can be accessed from the command bar or the F3 key. There is an internal editor too, but this only works with text files.

The Refresh button in the Command Bar is an extra option that most File Managers don't have. Speaking of which, you can customize the bottom bar from the View menu and there are a whole host of shortcuts to choose from. 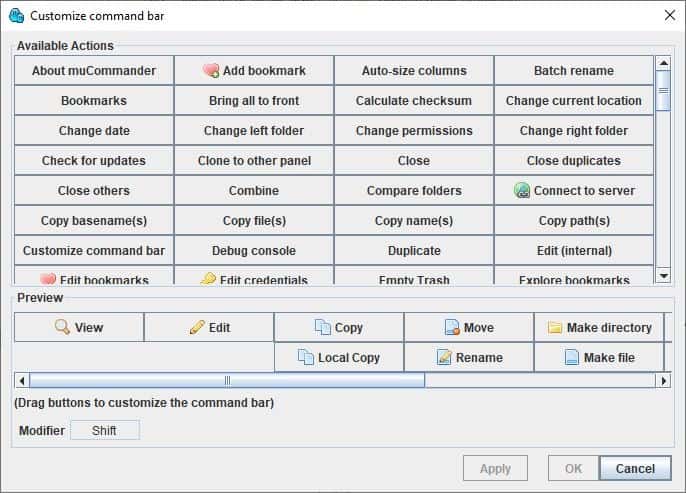 The program has a handful of themes to choose from including a retro theme that's similar to Norton Commander, a dark theme and some sub-theme styles as well.

muCommander is keyboard friendly and there are many shortcuts that you can use and customize. The program requires Java to run. The Linux version is quite identical to the Windows version. 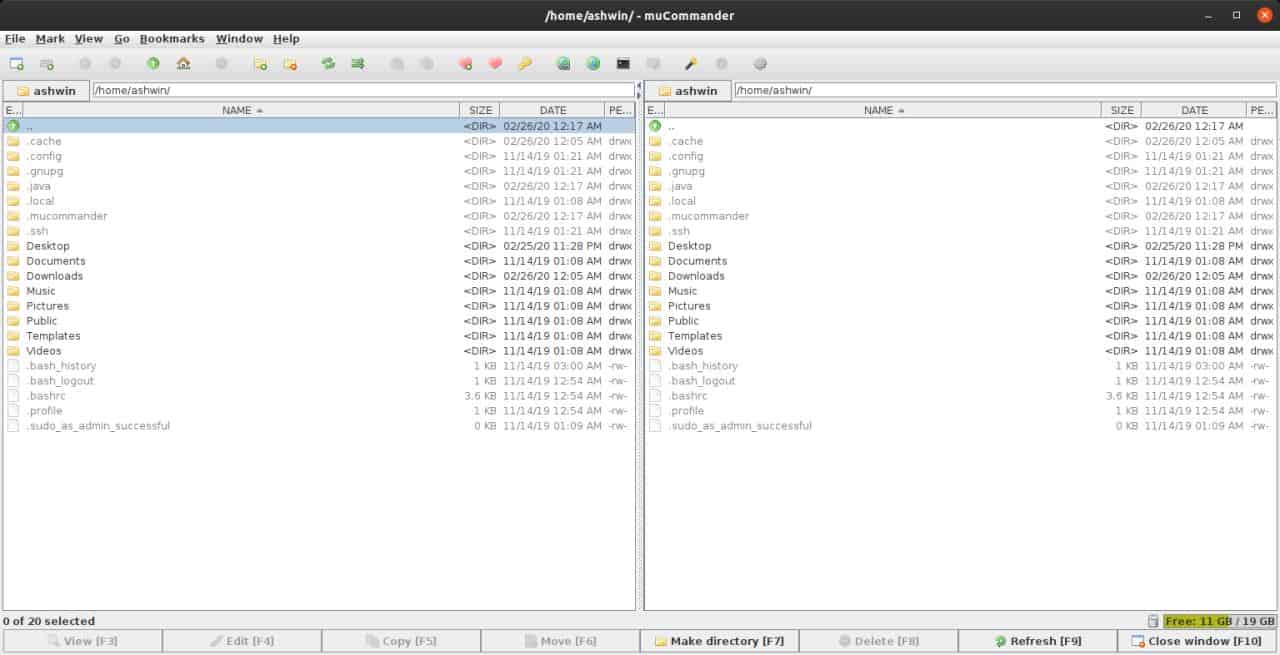 Though the current build was updated a year ago, the developer has been working on it, and has recently hinted that a new version will be released soon.

Of the many Total Commander clones out there, muCommander is one of the better ones.

Ashwin has been blogging since 2012 and is known among his friends as the go to tech geek. He is a self-proclaimed Android expert, a PS4 and PC Gamer, a Firefox fanboy, a Nintendo aficionado, and an iOS tinkerer
View all posts by Ashwin →
Previous Post: « SystemInfo is a simple open source system information tool for Windows
Next Post: Bandizip 7.0 introduces commercial versions and ads »