Firefox 71.0 is the new stable version of the Firefox web browser as of December 3, 2019; it is the last major stable release of 2019, the next stable Firefox release will be released on January 7, 2019.

New versions are released for all Firefox channels. Firefox Beta and Dev are upgraded to version 72, Firefox Nightly to version 73, and Firefox ESR (Extended Support Release) to version 68.3.

Check out the Firefox 70.0 release overview here in case you missed it. 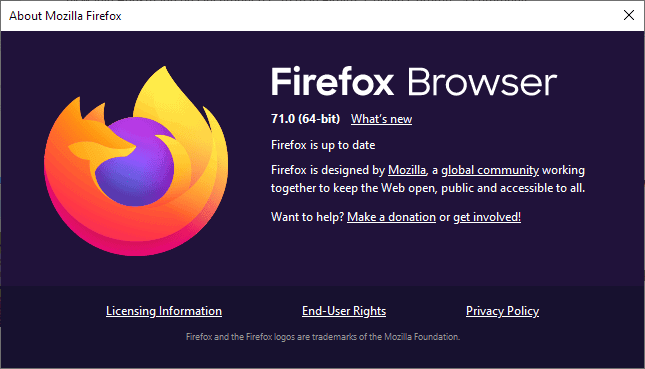 Picture-in-Picture Mode is available in Firefox for Windows 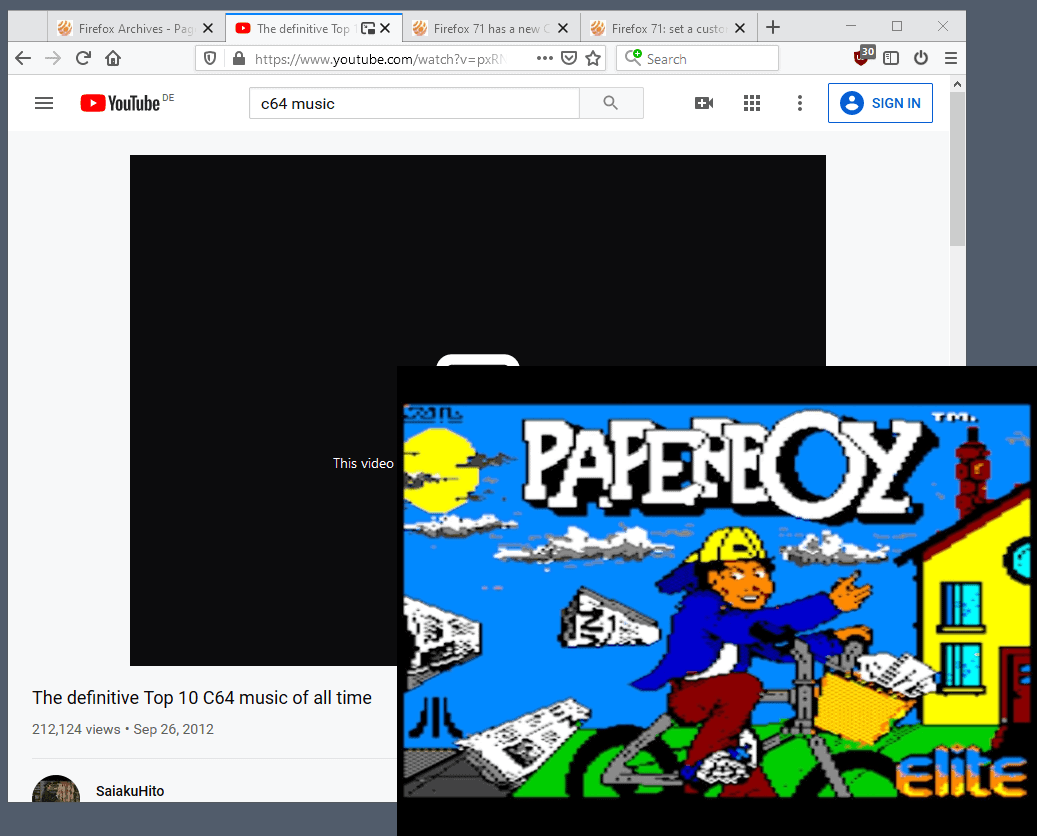 Windows users who run Firefox 71.0 may use the browser's picture-in-picture -- short PIP -- mode in the new version of the browser. PIP mode moves videos to their own window that acts independently (to a degree) from the tab and page they are embedded in.

All that it takes is to move the mouse cursor over the video area to display and activate the picture-in-picture option.

The video starts to play in its own area on the screen. Controls are a bit limited right now and some are only available on the webpage the video is embedded on.

The video remains visible if you switch tabs. It is not possible to close the browser tab however as doing so will close the video.

Mozilla plans to introduce picture-in-picture mode in Firefox for Mac OS X and Linux in the future. 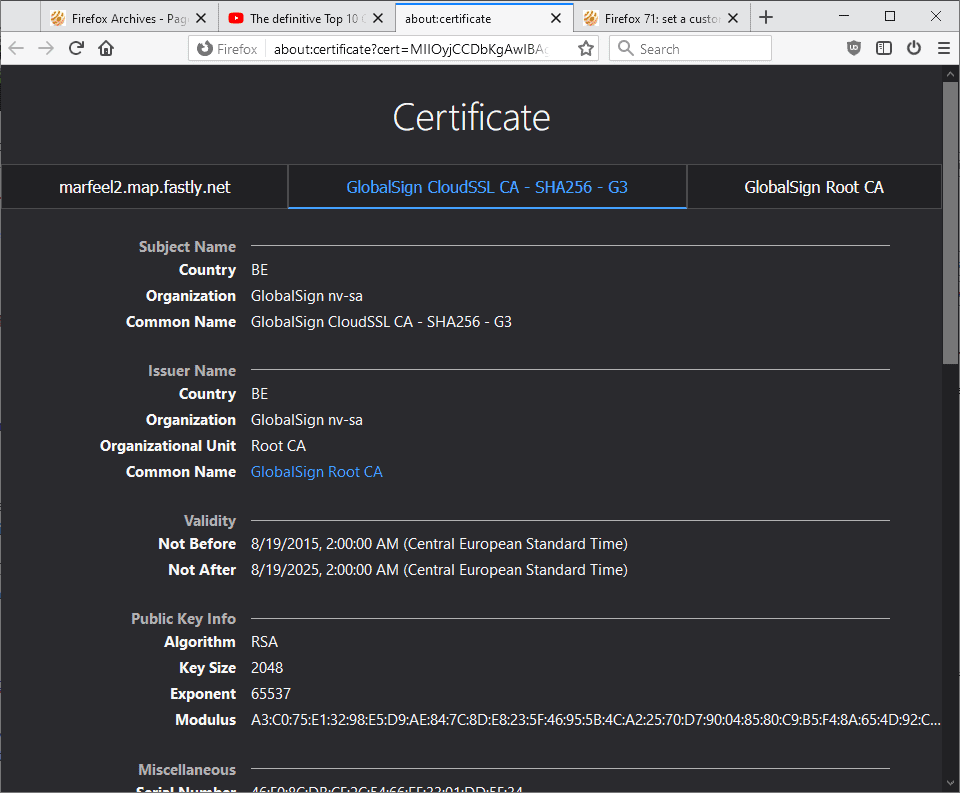 Firefox 71.0 features a new certificates viewer. I reviewed the new version in August 2019 already and suggest you check out the article as it covers everything.

The redesigned certificates viewer opens in a tab in the browser and may remind users of the Firefox add-on Certainly Something which offers similar functionality.

None according to the release notes.

Security updates are revealed after the official release of the web browser. You find the information published here later today.

Article Name
Firefox 71.0 release information; last Firefox release of 2019
Description
Firefox 71.0 is the new stable version of the Firefox web browser as of December 3, 2019; it is the last major stable release of 2019, the next stable Firefox release will be released on January 7, 2019.
Author
Martin Brinkmann
Publisher
Ghacks Technology News
Logo

Martin Brinkmann is a journalist from Germany who founded Ghacks Technology News Back in 2005. He is passionate about all things tech and knows the Internet and computers like the back of his hand. You can follow Martin on Facebook or Twitter
View all posts by Martin Brinkmann →
Previous Post: « Free Firefox and Chrome memory with Auto Tab Discard
Next Post: Mozilla removes all Avast Firefox extensions »