Facebook announced the global roll out of the Face Recognition setting for new users and existing users who had access to the tag suggestions feature today.

The company launched a feature called tag suggestions years ago that was enabled for a subset of Facebook users only. The feature determined whether face recognition technology was used by Facebook to identify users on uploaded photos. The feature limited suggestions to friends of the user who uploaded the feature. In other words: it only provided identification on the photo if it identified a contact of the user; strangers were not suggested by the tool.

Facebook introduced Face Recognition in December 2017 to some people on the site. Face Recognition can best be described as a broader facial recognition feature as it would not only apply to tag suggestions but also other features on Facebook. 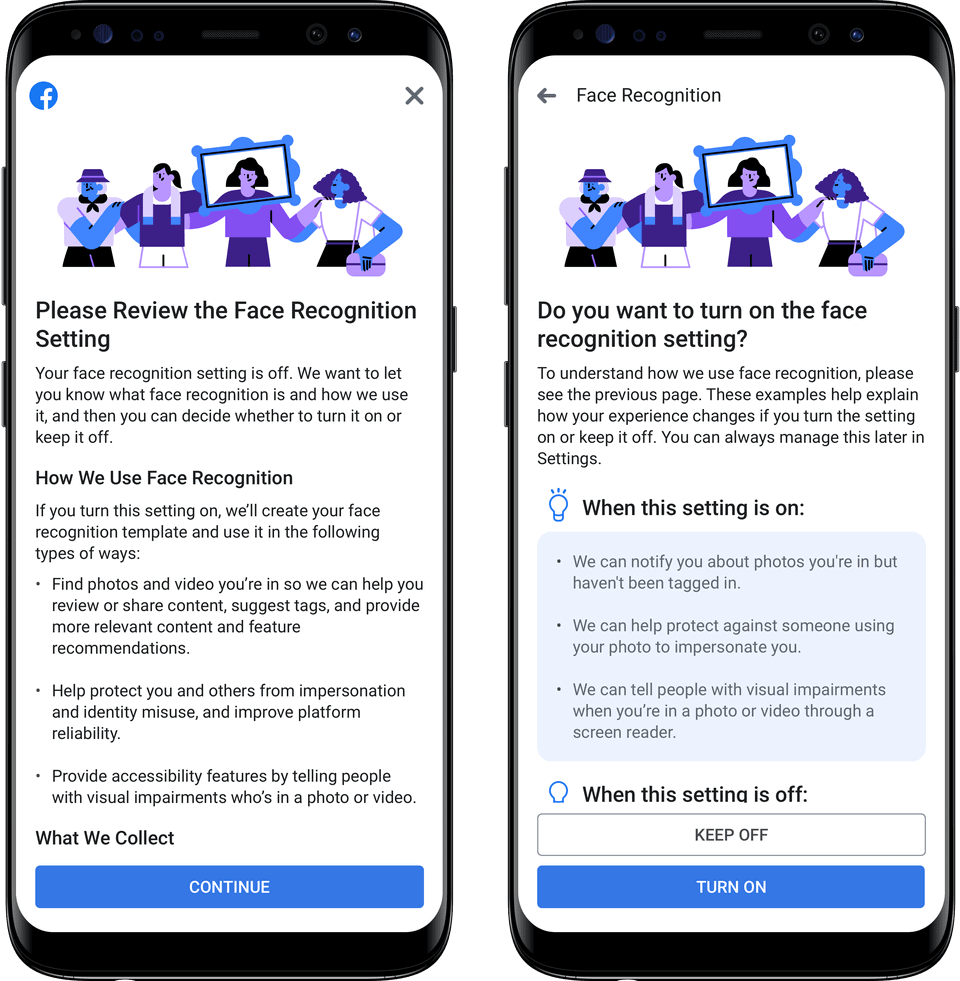 Facebook rolls out information to users who previously had access to tag suggestions on the site and all new users. The company wants to inform users about the Face Recognition feature. Facebook users will see a notice in the News Feed starting today that "will include information about the new features", how Facebook uses the technology, and a button to turn the feature on or keep it off. The default status is off according to Facebook and users need to become active to turn it on.

If Face Recognition is off, Facebook won't use the feature to identify the user or to suggest tags. Additionally, features such as Photo Review which rely on the functionality will not be activated either. Facebook notes that people will still be able to tag friends manually.

I did not receive a notification on Facebook and decided to verify whether Face Recognition was available and what the service's status was. Turns out, the feature was turned on for the account. While I cannot say with absolute certainty that I never enabled the feature, I cannot remember doing so.

Since you may be in the same boat, here is how you check the setting and turn it off if you don't want it used on Facebook:

Verify the status on the main page. If it is set to No, Face Recognition and features that depend on it are not enabled anymore.

Facebook says that its facial recognition tech is put to good use on the site. Besides the aforementioned identification of friends of photos, it may also be used to help visually impaired users and for security purposes on the site.

Now You: Do you allow or block facial recognition tech if the option is available?