Simply Gmail is a browser extension for Google Chrome that changes the Gmail web interface to a simpler less-cluttered version. The extension is developed by Michael Leggett, former Gmail lead designer and co-founder of Google Inbox.

Google shut down Inbox on April 2, 2019. Inbox was an attempt by the company to create a modern version of its email service. Google never shut down the old Gmail interface even though it was assumed by many that this would only be a matter of time.

Turns out, Google seems to have had a change of heart as the decision was made to discontinue Inbox and not the classic Gmail web interface or Gmail apps.

I did not like Inbox and had several reasons for that but Inbox managed to pile up a dedicated group of users who liked the service and preferred it over the classic Gmail interface. Inbox users liked some of the new features that Google added to the service and the simpler look and feel of the interface.

Google has brought some Inbox features over to Gmail already when it launched a new version of the Gmail interface in 2018. 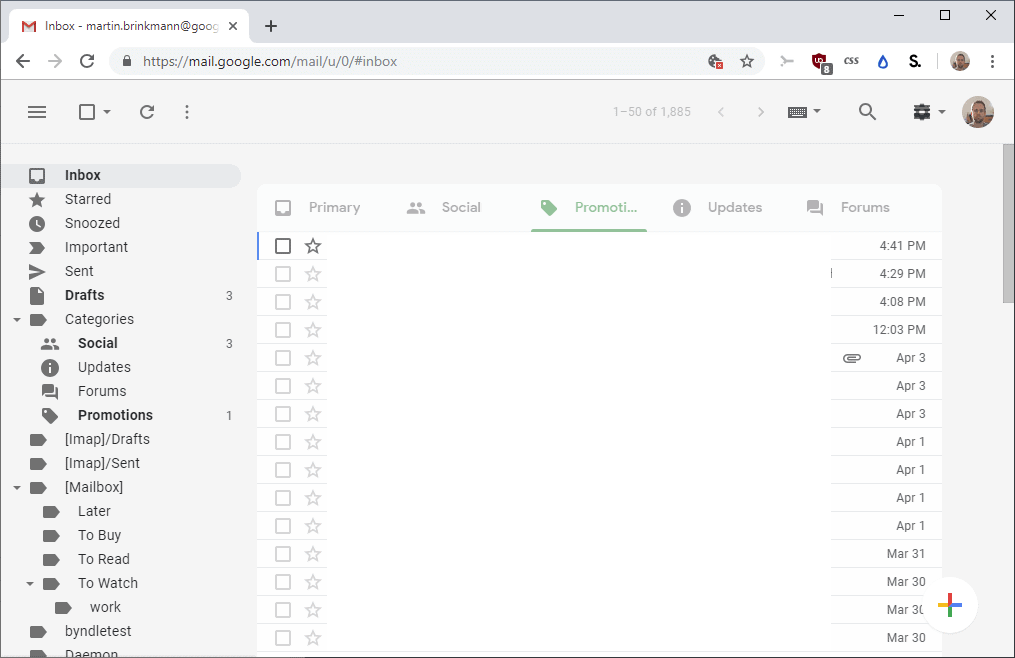 Simplify Gmail is not a port of Inbox; it can best be described as a theme that is applied to the Gmail website. The theme hides certain features and moves elements around to eliminate clutter and make Gmail easier to use.

The extension is developed by Michael Leggett who was Gmail's lead designer from 2008 to 2012, and co-founder of Google Inbox. While some things have changed since that time, it is fair to say that he is more than qualified to modify the Gmail interface using Chrome extensions.

All you have to do is install the Simplify Gmail extension in Google Chrome to get started. You may check its source on GitHub as it has been released there by the developer.

You will notice the changes that it makes to Gmail right on your next visit to the site (or reload).

The extension changes the header on Gmail significantly. It removes icons and colors, the "Google" header at the top, and several other interface elements on Gmail.

Main features are still there but in a different form. The search shows up as a search icon instead of the big "search mail" field at the top on Gmail.

Other parts of Gmail, for example the Compose window, have been modified as well. The default compose window features two bars at the bottom that display formatting options and other tools. 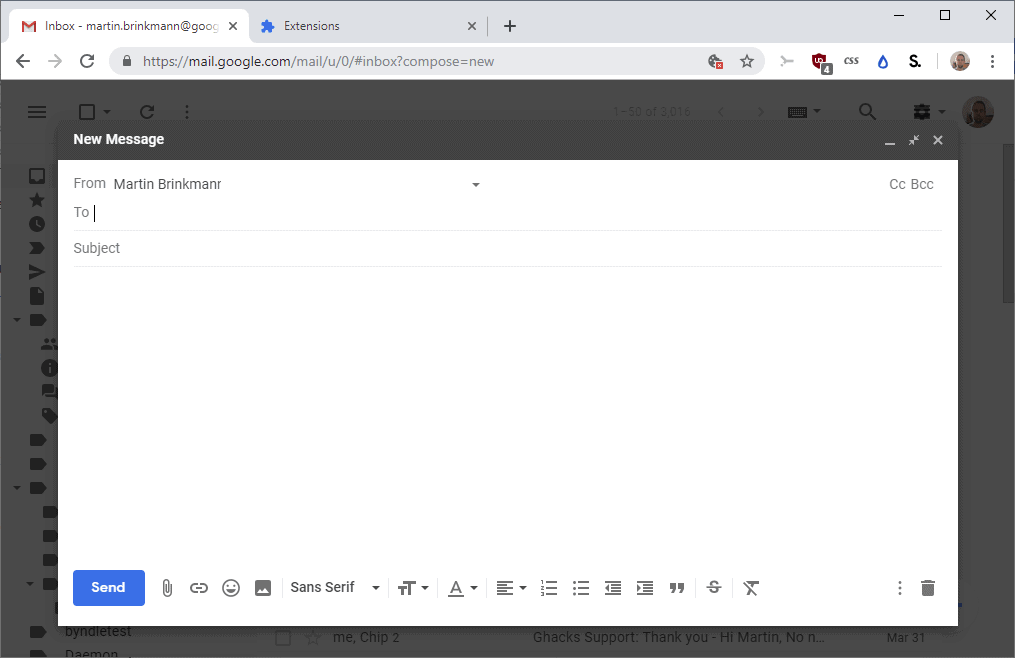 Simplify Gmail's version reduces this to a single line to increase the space that you have for the actual email.

Simplify Gmail hides distractions on Gmail. It may be an attractive extension for Gmail web users who use the service regularly and prefer an interface that is not as cluttered or distracting. Gmail users who use the web interface occasionally only may not not spend enough time on the site to justify the installation of the extension.

Now You: do you use the Gmail web interface? Inbox? Another tool or service?