Google Gmail product manager Matthew Izatt revealed today on the official The Keyword blog of the company that Google Inbox is being retired in 2019.

Google launched Inbox in 2014 as an alternative to the company's popular Gmail web service.  Back then, many assumed that Google would move all Gmail users to Google Inbox.

Inbox was an experimental playground of sorts that Gmail users could switch to (and from) easily as it used the same account and data sources as Gmail.

Google Inbox was launched as an invite-only service in 2014. One of the main ideas behind Inbox was that it was designed to make things easier for users by sorting emails into categories and user defined bundles (which work similarly to filters for the most part).

When I reviewed Inbox back in 2014 I quickly realized that the service was not something that I wanted to use. It started with a single compose line for heaven's sake.

Other points of criticism were that it was Google Chrome exclusive in the beginning, that it did not display a lot of emails at once on the screen even on the desktop, that it hid all labels by default, and that you could not disable notifications in the web interface.

Firefox users and users of other browsers could change the user agent of the web browser to access Inbox. 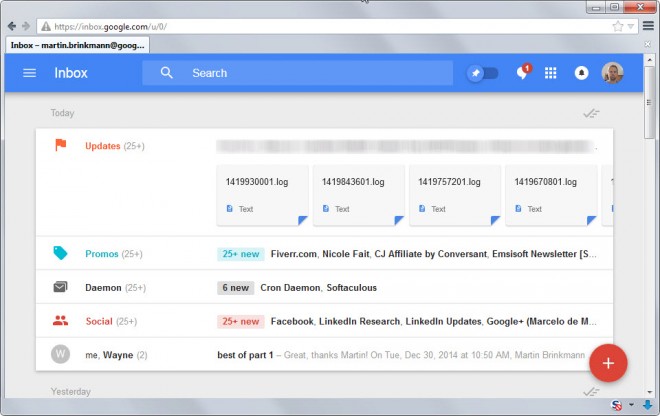 In 2015, Google introduced a new feature in Inbox that predicted replies by analyzing emails. Hailed as a way to speed up replies, it was merely suggesting short answers that anyone could type in a matter of seconds manually as well.

For me, Inbox was an attempt to simplify email and while it certainly had some interesting features, Inbox was too simplified and not really usable because of that.

Things went quiet afterward and Google neglected Inbox for the most part. The company launched a new interface for Gmail this year which introduced several Inbox features.

Google revealed that it will terminate Google Inbox in March 2019. Users who have used Inbox are asked to switch back to Gmail. Google published a support page that it says should help users transition from Inbox to Gmail.

The page suggests alternatives for the Inbox features pin, bundles and reminders. For pinning emails, Google suggests to either use stars or custom labels, and use the search tool to find starred or labeled messages.

For bundles, Google suggests to use filters and labels, and for reminders Google Tasks or Google Keep.

I know quite a few Gmail users who switched to Inbox when it was released. These users will have to switch back; good news is that the data itself remains the same and that users don't have to do any importing or exporting.

Now You: Are you affected by the termination of Google Inbox? 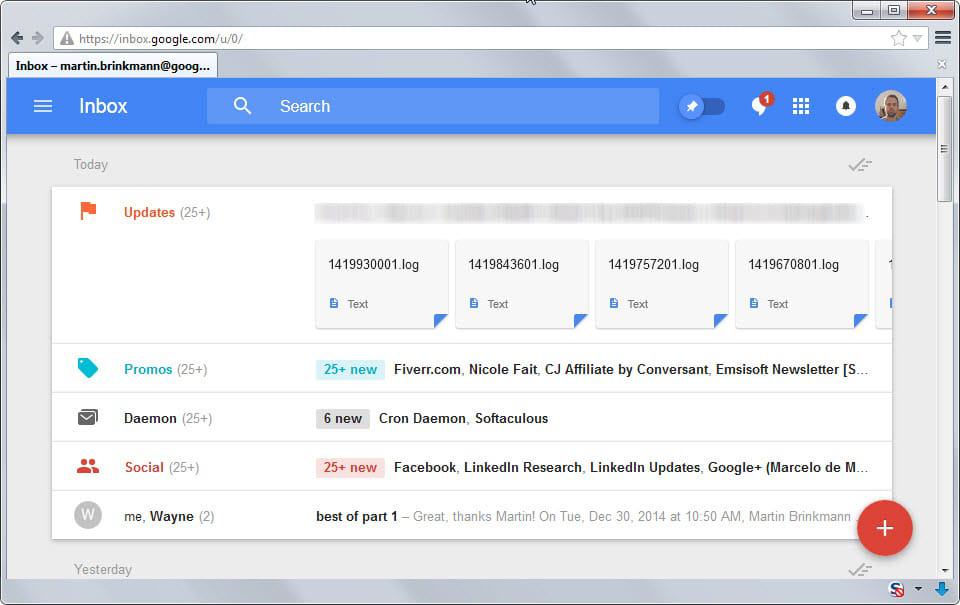 Martin Brinkmann is a journalist from Germany who founded Ghacks Technology News Back in 2005. He is passionate about all things tech and knows the Internet and computers like the back of his hand. You can follow Martin on Facebook or Twitter
View all posts by Martin Brinkmann →
Previous Post: « It is time to opt out of Yahoo Mail email scanning
Next Post: How to turn off Gmail's Smart Reply feature »